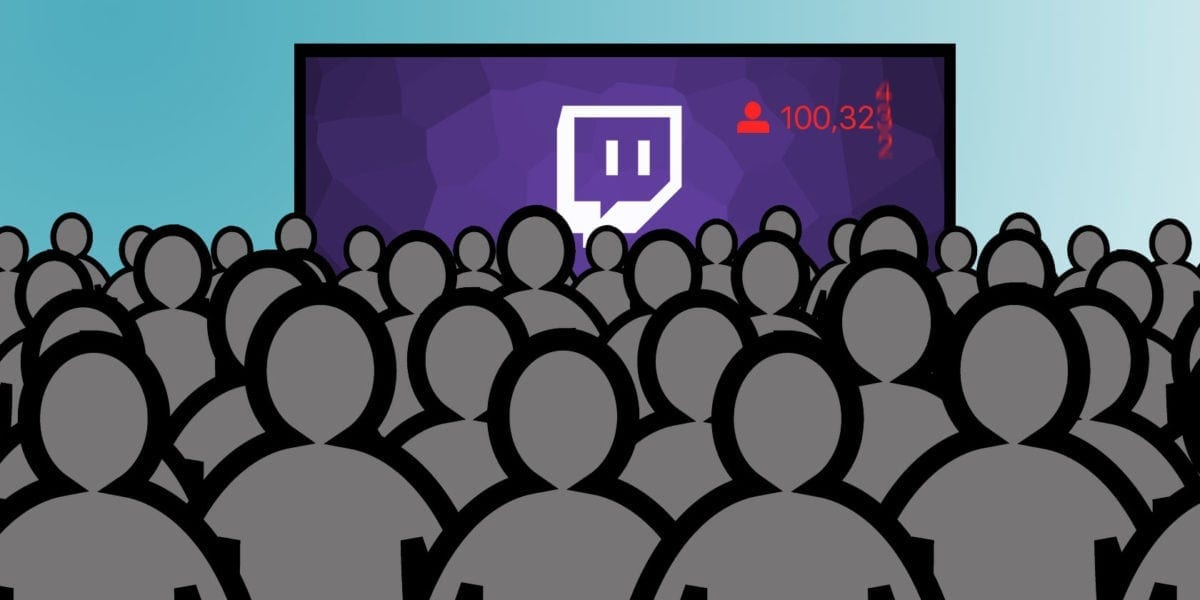 Do you want your Twitch streams to get more views? So does everyone else. And it’s not easy.

However, without views and subscribers, your channel is going to fall flat. So you need to find a way to stand out. These tips will help you stream games like the pros. You may consider them simple, but they’re designed to help you build the foundation of your channel.

You don’t have to tackle them all at once. But if you start improving your streaming today, you’ll have a high-quality channel and a solid following in no time (even if you aren’t streaming esports).

There’s a chance that people will just stumble across your stream while they’re browsing Twitch, but you’ll have better luck by promoting your stream elsewhere. Streamers often post links on their Twitter feeds:

Anywhere you interact with people that might be interested in your stream is a good place to promote. Just make sure that the medium you choose doesn’t have restrictions on self-promotion.

Hosting on Twitch is showing someone else’s content on your own stream. If a streamer with more followers hosts your content, you’ll get in front of a lot more people. And if your stream is good, you’ll get more followers and subscribers.

But how do you get people to host your content? Your friends might do it for you on a whim, so let them know that you’d love to get hosted.

Hosting other people’s content on your own channel is another good method. When someone sees that you’re a big fan, they may be more inclined to share your stream.

Keep in mind that the biggest streamers aren’t likely to host your content. So you may want to aim lower (at least most of the time). Streamers that have slightly more viewers than you are a good place to start. Remember, too, that you have to offer some value. Make the hosting an exchange, or give a shoutout on your show.

3. Get Involved With Other Streamers

You’ll find faster success on Twitch if you know the right people. So get networking. Networking on Twitch is a bit like networking on social media. You’ll have to post great stuff, but you’ll also have to seek out great content that you can comment and generate discussions on.

Get involved on other streamers’ chat, and share their posts on social media. Engage them in conversation. Discuss your plays. Give them shoutouts on the air. Comment on their posts. But remember that you need to offer value. If you’re not providing something useful, or entertaining, you’re just going to look a bit sycophantic.

Fortnite, League of Legends, Hearthstone, PUBG, Dota 2, and Heroes of the Storm are some of the most popular games on Twitch. If you stream those games, you’re going to be facing a lot of strong competition. So they may not be the best games to stream.

If you choose a less popular game with a strong following (think H1Z1 or Magic: The Gathering) you can carve out a niche for yourself. You’ll get dedicated fans that love the games you play but can’t find many other streaming options. Of course, if you’re really good at a popular game or you think you have something new to offer, stream one of the bigger titles. You can also theme your channel; always streaming PS2 games, or games about animals, or puzzle games will attract a specific type of viewer that you know will engage with your content. If your theme is interesting enough to people, you’ll gain fans.

5. Stream on a Regular Schedule

Streaming at different times on different days makes it harder to gain regular viewers. Sticking with planned hours adds predictability and lets you get in touch with the same audience. You can always add spots or skip out on streaming for a few days, but if you’re still building your following up from zero, you’ll want to be predictable.

And when you’re getting started, stream a lot. It’s the best way to get people in the habit of watching your channel. (Set up automatic hosting too so that when you’re not streaming, something is still playing on your stream.)

You can also time your streams to coincide with common viewing times. Use a tool like Twitchstrike to see when people are watching the games you’re interested in. Here are Twitchstrike’s heat maps for Hearthstone: 6. Engage With Your Viewers

Twitch’s chat window isn’t just there for viewers to communicate with each other. It’s also there for you to communicate with them. When you can, check in on the chat and see what’s going on. Answer people’s questions, comment on what they’re saying, and interact with them in any other way you can. It makes people feel valued and like they’re part of the stream. You can also use a Twitch chatbot to automate some of the process.

Not every game makes it easy to check in on the chat, but when you have a spare moment, read through the last few messages. You don’t need to start a full-blown conversation with your viewers. But make sure to acknowledge that they’re there and part of your stream.

Even a little bit goes a long way.

7. Team Up With Other Streamers

Beyond hosting, you can team up with other streamers in other ways. Some Hearthstone streamers work together to draft and play; below, you can see three different people all working on the same deck. You could do this with just about any game (though it’s probably easiest with strategy and slower-paced games). You could stream a local multiplayer game that you play against a friend or two. The banter between two entertaining streamers is extremely entertaining.

And in addition to that, you both get to share your followers with each other.

Having the right equipment for streaming makes more of a difference than you might think. If you’ve ever watched a stream where the sound was bad, the video was grainy, or things were out of sync, you’ll know how annoying it is.

These kinds of things can turn people off of your channel right away. And even if you make improvements, there’s a good chance they won’t come back. So you need to step up your game.

A decent microphone and camera (and maybe even a green screen) might set you back a few hundred dollars. But if you’re serious about streaming and you want to improve your channel, it’s worth doing.

If you think you might be interested in podcasting or videography, the purchase will be doubly worth it.

So have fun! Crack jokes, be yourself, and don’t try to over-analyze things and make yourself out to be an expert you’re not (if you are an expert, of course, go for it).

Keep Calm and Carry On Streaming

Streaming on Twitch, like anything else, is a skill that requires practice. You’ll need to reflect on your performance, make a plan to get better, and stick to it. Watch professional streamers and see what they do differently from you.

At the same time, develop your own style. You don’t want your channel to feel like a less-popular carbon copy of a famous one. Establish yourself as someone who does their own thing, and people will watch.

And be sure to follow Twitch’s rules. There’s no faster way to getting your channel penalized than breaking the rules.

These 15 Popular Android Apps May Be Leaking Your Mobile Data

iPhone Camera Not Working? 7 Common Issues and How to Fix Them

10 Things You Should Do Before You Go...

What Is Gumroad and What Can You...

How to Upload Free Books to Your...

How to Receive Payments Through Payoneer