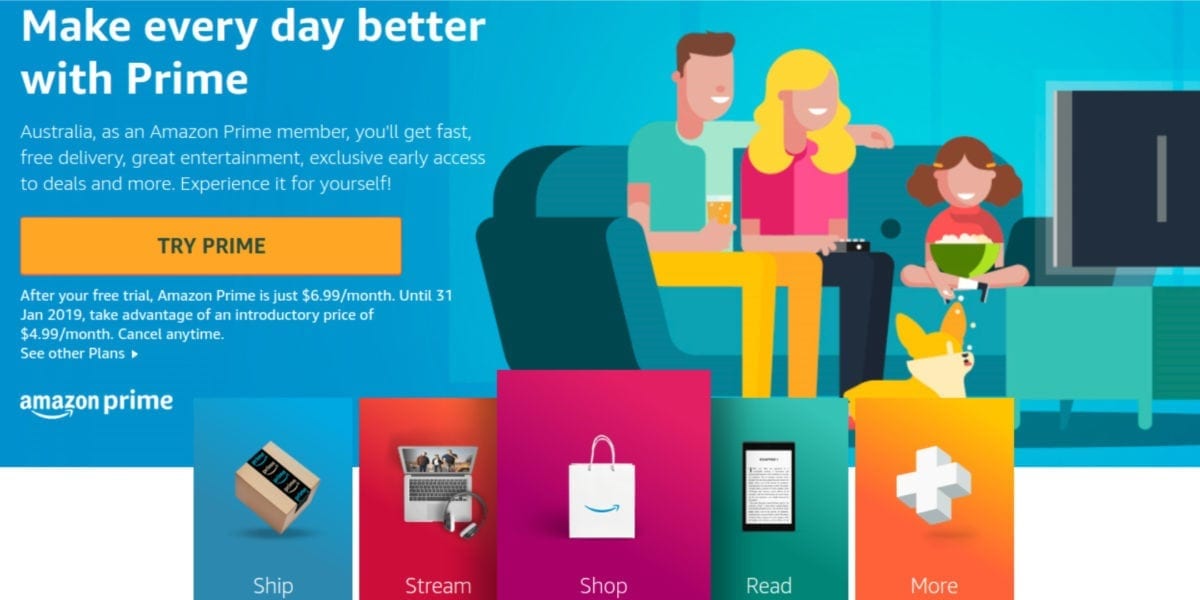 Amazon has launched Amazon Prime in Australia. And while the range of products and perks doesn’t compare to those offered by Amazon.com, Australians are at least being asked to pay a lot less money than their American counterparts.

Amazon Prime is Amazon’s ace in the hole. It brings in revenue, pays for Amazon to venture into new territory, and keeps customers loyal. Which is why Amazon has racked up 100 million Prime subscribers. And now Australians are invited to join the Prime party.

Amazon Prime Lands Down Under

Amazon only launched in Australia in December 2017, but now, just six months on, it’s also launching Amazon Prime. Australians can pay AUD$59/year or AUD$6.99/month. However, Amazon is charging just $4.99/month until January 2019.

The most obvious Prime perk is free 2-day shipping on Prime-eligible products to around 90 percent of Australia. Unfortunately, Amazon Australia “only” sells around 60 million items, compared to the 500 million available on Amazon.com.

Amazon has launched Prime in Australia just as a new law is coming into force. This law forces online retailers to collect tax on products shipped into the country. Amazon has instead chosen to restrict Australians to only buying from its Australian website.

A Good Day for Australians

This is a good day for Australians. Until six months ago, they didn’t even have their own Amazon, and now they have access to Amazon Prime. Sure, the perks aren’t exhaustive, but free shipping, Twitch Prime, Prime Video, and Prime Reading are pretty good.

Whether you’re in Australia or not, if you’re new to Amazon Prime you might want to check out our previous articles on the subject. We have determined whether Amazon Prime is a good deal and figured out which Amazon Prime subscription is right for you.

Daily Mom DIY: Updating your Room with Peel and Stick Wood by Timberchic

Planning a Trip? Try Out These 6 Chrome...

Google Chat Gets a Redesign and Integrates...

How to Use Amazon Lists