Instance vs. Static vs. Class Methods in Python: The Important Differences 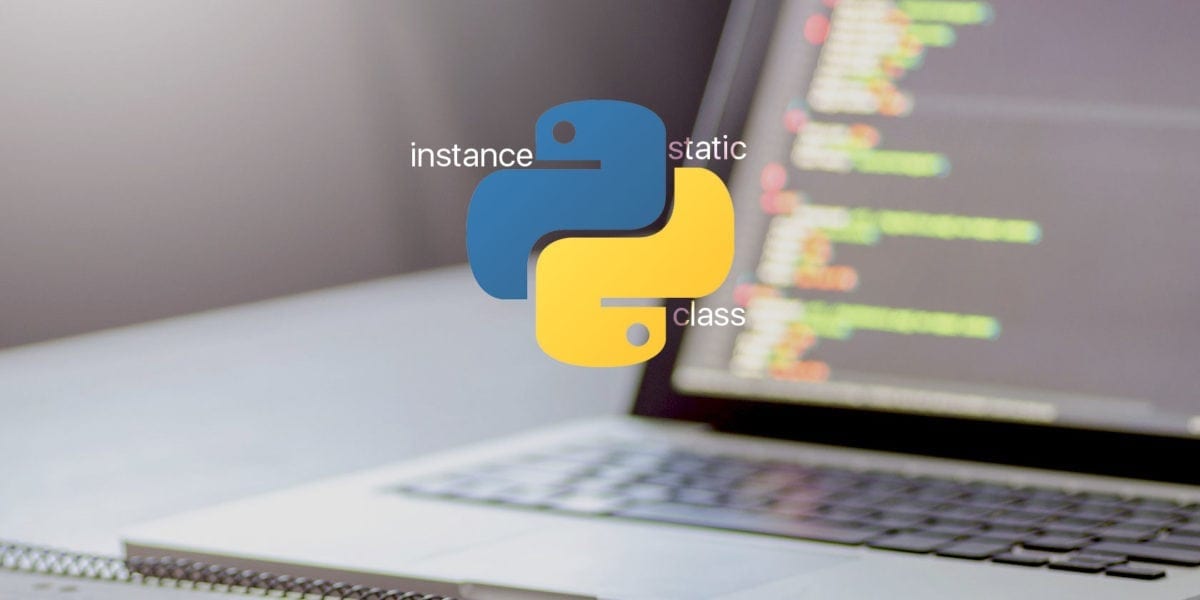 Python methods can often be confusing once you get into object orientated programming (OOP). This guide covers the three main types of methods in Python.

The 3 Types of Methods in Python

There are three types of methods in Python: instance methods, static methods, and class methods.

If you’re new to Python, or just want to experiment without having to install anything, then make sure you visit these online interactive Python shells.

Before We Begin: Understanding Decorator Patterns

Before looking at the differences, it’s important to understand a design pattern known as the decorator pattern, or simply called a decorator.

Decorators sound complex, but there’s nothing to fear. Decorators are simply functions. You can write them yourself, or use those included in libraries, or the Python standard library.

Like any function, decorators perform a task. The difference here is that decorators apply logic or change the behavior of other functions. They are an excellent way to reuse code, and can help to separate logic into individual concerns.

The decorator pattern is Python’s preferred way of defining static or class methods. Here’s what one looks like in Python:

Decorators have to immediately precede a function or class declaration. They start with the @ sign, and unlike normal methods, you don’t have to put parentheses on the end unless you are passing in arguments.

It’s possible to combine multiple decorators, write your own, and apply them to classes as well, but you won’t need to do any of that for these examples.

Instance methods are the most common type of methods in Python classes. These are so called because they can access unique data of their instance. If you have two objects each created from a car class, then they each may have different properties. They may have different colors, engine sizes, seats, and so on.

Instance methods must have self as a parameter, but you don’t need to pass this in every time. Self is another Python special term. Inside any instance method, you can use self to access any data or methods that may reside in your class. You won’t be able to access them without going through self.

Finally, as instance methods are the most common, there’s no decorator needed. Any method you create will automatically be created as an instance method, unless you tell Python otherwise.

The name variable is accessed through self. Notice that when example_function is called, you don’t have to pass self in—Python does this for you.

Static methods are methods that are related to a class in some way, but don’t need to access any class-specific data. You don’t have to use self, and you don’t even need to instantiate an instance, you can simply call your method:

The @staticmethod decorator was used to tell Python that this method is a static method.

Static methods are great for utility functions, which perform a task in isolation. They don’t need to (and cannot) access class data. They should be completely self-contained, and only work with data passed in as arguments. You may use a static method to add two numbers together, or print a given string.

Class methods are the third and final OOP method type to know. Class methods know about their class. They can’t access specific instance data, but they can call other static methods.

Class methods don’t need self as an argument, but they do need a parameter called cls. This stands for class, and like self, gets automatically passed in by Python.

Class methods are possibly the more confusing method types of the three, but they do have their uses. Class methods can manipulate the class itself, which is useful when you’re working on larger, more complex projects.

When to Use Each Method Type

It may seem like a tough and daunting decision choosing between the types of methods in Python, but you’ll soon get the hang of it with a bit of practice.

Even if you only write tiny scripts for fun, learning another OOP feature of Python is a great skill to know, and can help to make your code easier to troubleshoot, and easier to reuse in the future.

If this tutorial was a bit advanced, or not quite what you were looking for, then why not take a look at these courses to go from Python beginner to pro? If you want a physical, real world use of Python, but are bored of the Raspberry Pi, how about our guide to controlling Arduino with Python?

Read the full article: Instance vs. Static vs. Class Methods in Python: The Important Differences

How to Customize Your Apple Watch With Watch Faces | MakeUseOf

How to Install Windows 10 IoT Core on Raspberry Pi 3

The 7 Best Note-Taking Apps for Programmers...

WinForms: How to Add Multiple Themes to...

10 Computer Programming Careers and Jobs That...