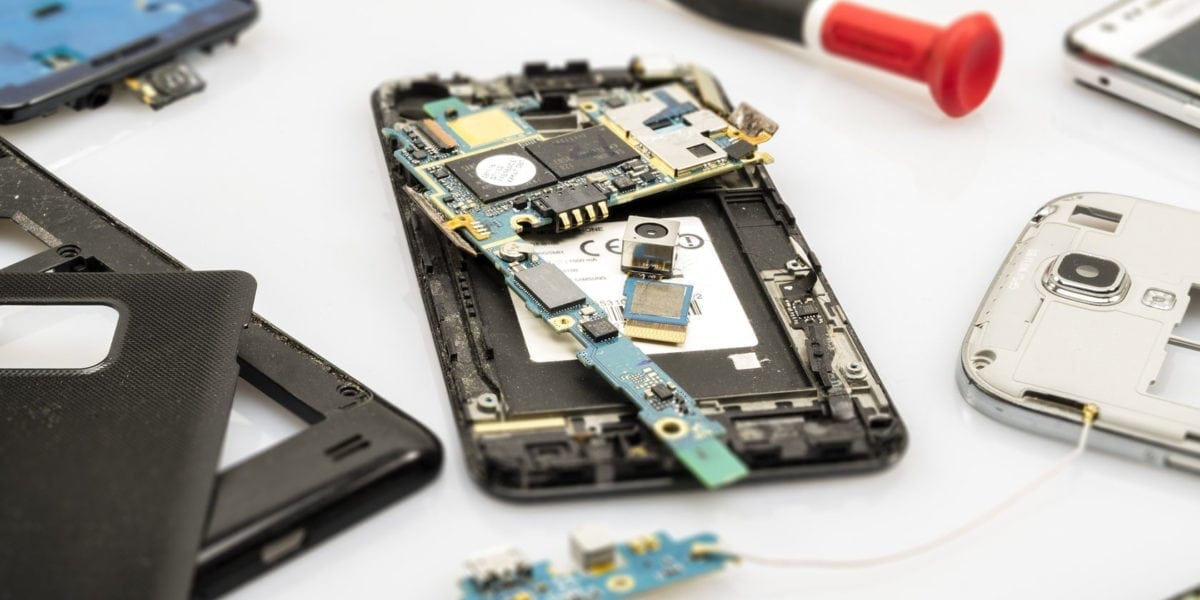 Over time, it’s easy to accumulate a lot of devices. But keeping all of them up-to-date and in working order can get expensive.

If you’re not fond of replacing your hardware, or you don’t want to pay the high cost of having an item repaired or replaced, then you may want to take matters into your own hands.

In general, hardware manufacturers don’t make this easy, but there are a handful of sites that can—and they’ll prove invaluable at some point as long as you keep them bookmarked. iFixit is the most well-known site of its type. The US-based company started in 2003 after co-founder Kyle Wiens couldn’t find a repair manual for his Apple iBook. iFixit has since grown into a global community.

The site offers video teardowns, so you can see what goes into a product and how to put it back together. Users from all over submit their own guides to fix consumer electronics of all types. You can also buy the parts you need to finish the job. SOSav is a similar site based out of the UK. The sheer number of guides isn’t comparable to what you find on iFixit, but what’s here is of a similar quality. The site provides an abundance of photos, and again, you can buy needed parts directly from the site.

Guides are currently available for Apple computers, mobile phones, tablets, digital music players, game consoles, cameras, smartwatches, and virtual reality headsets. If you’re looking to repair a Chromebook or a PC that came with Windows, head back to iFixit. As the name suggests, PowerbookMedic has been around since before Apple called its laptops MacBooks or even iBooks. But that doesn’t mean the site is filled with stagnant, outdated information. It remains a valuable tool for fixing current Apple hardware, including iPhones and iPads.

Don’t have an Apple product? PowerbookMedic isn’t entirely irrelevant to you. The site also has guides for Amazon Kindle devices. So if your Fire tablet or Kindle ereader has fallen on hard times, this resource could help you out.

PowerbookMedic doesn’t only sells parts—it offers to buy your current PC. The company will repair your machine and then sell it refurbished. If the folks at PowerbookMedic can’t make use of a part, they try to recycle what they can. wikiHow provides step-by-step instructions on how to do seemingly anything. But one task it doesn’t do is tell you how to fix exactly the component that’s broken on your model of computer or mobile device. Still, that doesn’t mean its useless for addressing your electronic woes.

Here you can find general guides that may work regardless of your model, such as how to revive a cell phone battery or how to fix an iPod jack. This is general know-how that may serve you well not only with your current headache, but potential future ones as well.

Many of us have an easier time following along with a video than with text or photos. Fortunately, YouTube is packed with tutorials and clips of people fixing their own PCs. Most of the sites above even upload videos to YouTube.

Lots of the tutorials come from channels that don’t specialize in computer repair. These are often from individuals who at some point need to fix their own devices and decide to share their experience with the internet. Their instructions may be the best you can find when working with less common hardware.

Anyone can upload content to YouTube, so keep that in mind when considering whether to take a video’s advice. You may come across instructions that aren’t reliable, increasing the chance you will break your machine.

Rather Have Someone Else Do the Work?

Fixing a device takes time. You also run the risk of damaging the hardware further, and if anything goes wrong, you’re out of luck. So it makes sense if you don’t want to take that task on yourself.

Many shops exist for precisely this kind of work. Some of the sites listed above will take your gadget and fix it for you, as long as you’re willing to mail it in. PowerbookMedic will repair your Apple device, and it claims an average turnaround time of four business days (though Amazon hardware is not supported). SOSav serves those in the UK via the name Captain Repair.

Other shops offer brick and mortar locations in the US. CPR (Cell Phone Repair) Stores, despite the name, will also fix computers and game consoles at its over 450 locations across the US. uBreakiFix is another larger chain, with nearly 400 locations. iFixandRepair appears in 17 states.

At the rate businesses are appearing, there’s bound to be a smaller, local option somewhere in your nearest metropolitan area. Just make sure you avoid repair and tech support scams!

What If You Hit a Roadblock?

Some companies make their products hard to repair. They may design hardware to require tools that only company employees have. They may also refuse to create or provide instruction manuals to consumers or repair shops.

In some cases, you can get around this issue by buying from a different company. But sometimes there’s no other option, or the competition engages in the same practices. This is why people have come together to demand the right to repair.

If you live in the US and view having the ability to fix hardware as a right, check out repair.org, the website of the Repair Association. You may also want to check out iFixit.org, the activist side of iFixit, which provides plenty of relevant links and other resources.

Read the full article: Learn to Fix Your Own Gadgets With Help From These 5 Sites

Lemurs can smell weakness in each other

Coinbase vs. Uphold: Which Should You Use?

What Is Distributed Ledger Technology (DLT)?