QLED vs. OLED vs. MicroLED: Which TV Display Tech Is the Best? 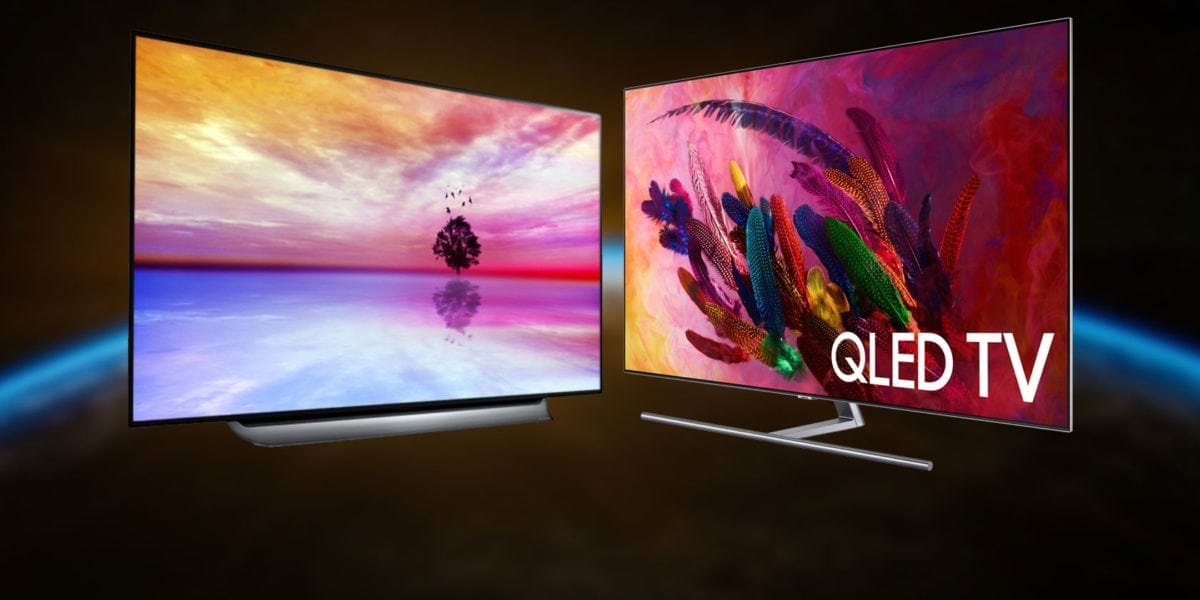 The battle of LEDs and LCDs is over. The new TV format war is between three new technologies: QLED, OLED, and MicroLED. It’s a confusing naming scheme, but the difference is actually easy to understand.

Here’s what you need to know first:

As always, LED stands for light-emitting diode. In case there are any other terms you need to familiarize yourself with, we have a TV terms jargon buster guide.

It’s About Backlighting vs. Self-Lighting

Until now, LED TVs and LCD TVs were marketing jargon for different types of LCD. In an LCD TV, a single “pixel” cannot light itself. It requires backlighting by a panel of LEDs.

The crucial difference between QLED, OLED, and MicroLED is this backlighting:

For years, regular LCD and LED TVs have used a series of thin layers from the backlight to the polarizer. Samsung has introduced a new layer in this series, which is the Quantum Dot filter.

This filter is unsurprisingly made of quantum dots, which are basically particles that take the incoming light from the backlight and turn it into simple RGB colors. After this, the colors travel further and interact with other layers to create the images that you see on screen.

But by simplifying to these basic colors, the color accuracy of those images is far better. Specifically:

Note: Samsung and its quantum dot supplier Nanosys said they are working on QLED that emits its own light, removing the need for backlighting. This technology is expected sometime between 2021 and 2023.

While Samsung focuses on QLED for now, LG has championed OLED technology. OLED displays are fairly common on smartphones, but it’s difficult to make them at the large size that a TV requires.

Samsung continues to make OLEDs for phones, but couldn’t manage to scale them up for TVs. LG used a different manufacturing method and achieved TV-sized OLED screens.

Now, LG’s OLED TVs are the gold standard. Yes, they are really expensive. But if you want the best TV today, that’s going to be an LG OLED unit. This is because:

After being on the fence for some time, Sony has thrown its weight behind OLED technology. Sure, LG manufactures the base OLED panel required for such TVs, but a lot more goes into making a good TV.

Once Sony gets the OLED panel from LG, it’s Sony’s job to fine-tune the other components that will ensure the OLED panel performs at its finest. Sony was renowned for picture quality from its famed BRAVIA engine on LED-LCDs. For OLEDs, Sony is launching a new processor, the X1 Ultimate. It hasn’t become available in any TV so far, and if I were you, I’d wait till it was.

Right now, Sony has only one new-generation OLED TV, the Sony A8F, which uses the previous-generation X1 Extreme processor. From demos at CES 2018, the X1 Ultimate is expected to deliver much better images, especially for HDR performance.

The other big news from CES 2018 was Samsung’s new technology, MicroLED. And it made a bang with a gargantuan 146-inch TV that Samsung simply calls “The Wall”. MicroLED combines the best of QLED and OLED, while adding even more.

Like OLEDs, MicroLEDs have pixels that emit their own light. Each pixel is a combination of quantum dot red, green, and blue LEDs that can turn off or on individually. The end result is black levels, contrast ratio, and viewing angles of OLED, along with the color accuracy and brightness of QLED.

Samsung also says MicroLED TVs are modular, in that you can change the TV’s size. For example, “The Wall” is made up of 4-inch panels stuck together. You could potentially buy more 4-inch MicroLED panels from Samsung and increase the size of your TV, instead of buying a whole new TV.

But all these possibilities are way in the future. Right now, Samsung has not yet figured out how to decrease the size of these panels for a mass-market TV of popular 55-inch or 65-inch sizes. They only plan to release “The Wall” in 2018, and at an exorbitant price. It will take another 3-5 years, or maybe more, for MicroLED TVs for regular consumers.

Which Type of TV Should You Buy Now?

For anyone looking for a new TV right now, OLED might be a bit of a stretch. The cheapest OLED and QLED TVs cost upwards of $1,500, and between those, I’d go with an OLED right now. For an average TV, stick with the LED-LCDs.

To make your decision easier, we’ve put together a guide for the best affordable 4K HDR TVs.

Read the full article: QLED vs. OLED vs. MicroLED: Which TV Display Tech Is the Best?

Increase in storms could have ‘catastrophic impact’ on fishing industry

The Simple 9-Step Guide to Building an NFT...

What Does PDF Stand For and How Many...

The Smart Home Technology You Should Adopt and...

Pre-Safe by Mercedes-Benz: Ahead of the Safety Game

What Is MAC-Binding, and How Does It Work?

7 Things You Must Know When Buying...