The 8 Best Project Fi Phones You Can Buy Unlocked 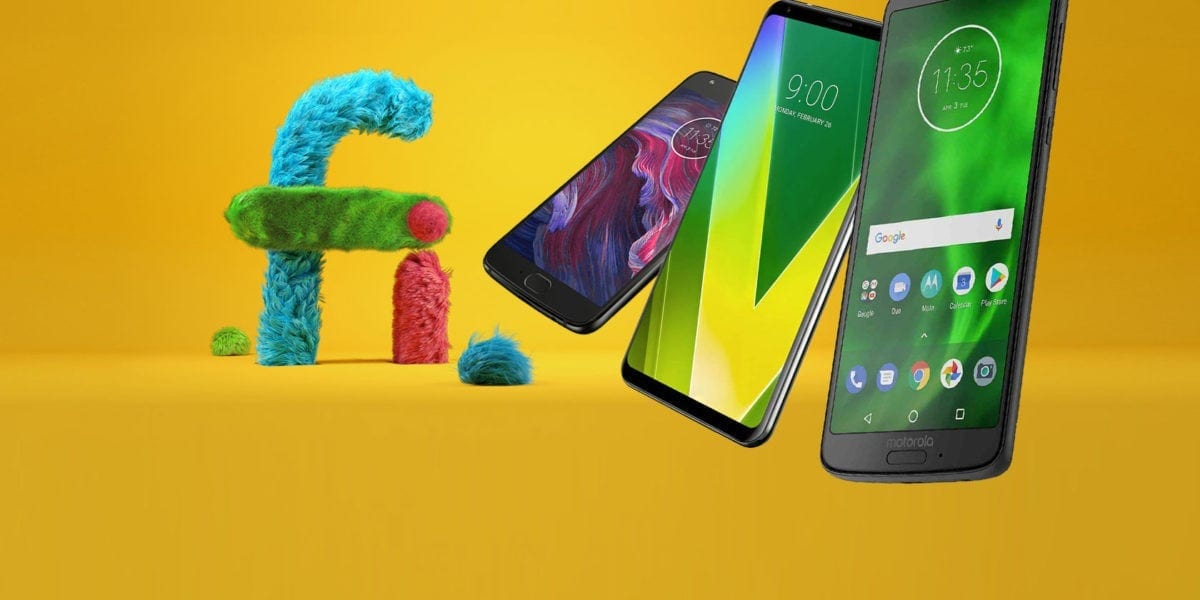 Project Fi is an excellent alternative phone plan from Google that lets you pay for just the data you use. It switches between three carriers for the best signal, includes lots of features for no extra cost, and offers quick support when needed.

There’s a lot to love about Project Fi, but the biggest barrier to entry is that it only works with a select few phones. Let’s take a look at Project Fi-compatible phones and see which is best for you.

Before we start, it’s important to note why Project Fi only works with a few devices.

The Fi SIM card supports multiple cell networks (currently Sprint, T-Mobile, and US Cellular). Google explains that compatible devices “have a state-of-the-art cellular radio tuned to work across network types,” which is why other devices won’t work.

If you already own a device that’s compatible with Project Fi, you can bring it along and get a free SIM card. However, your device must be unlocked. Phones tied to a carrier (including phones you still owe payments on) won’t work. Contact your current carrier if you’re not sure whether your phone is unlocked—they may be able to unlock it for you.

Check Google’s Fi compatible phones page to make sure that your exact model will work. Models sold outside the US are usually not compatible.

Any devices you buy through Project Fi or the Google Store ship unlocked. If you ever leave Fi, you can take those devices to another carrier. You can buy the phones outright, or pay over 24 months if you qualify. Project Fi also features a trade-in program that can lower the price of your new device.

While many of Project Fi’s phones are premium devices, it offers some budget options too. The Moto G6 is a solid device for such a low price.

It comes with Android Oreo and offers a big 5.7-inch 2160×1080 screen. Dual cameras provide a Portrait mode similar to the iPhone, and it still includes a 3.5mm audio jack. You can expand the 32GB of built-in storage with a microSD card too.

While it’s not water-resistant, it packs important Android features like a fingerprint sensor, 3GB of RAM, and a USB-C port for charging. Motorola also touts the great battery life of the G6.

If you want to join Project Fi on a budget, this is the phone to get.

This device, like many from Motorola, is a mid-range device with near-flagship specs. It’s about six months older than the Moto G6, but still worth looking into. The main advantages of the X4 over the G6 are its cameras and software.

The X4 can shoot in 4K, while the G6 caps out at 1080p. Project Fi sells the Android One edition of the Moto X4, which means it has the latest Google-approved features, updates, and apps. You can use the standard Moto X4 if you have it, though. You’ll also find IP68 water resistance in the X4.

The G6 has a larger screen (in an 18:9 aspect ratio) in a body that’s the same size as the X4. It looks a little more modern than the X4 as well, featuring smaller bezels.

Get this one if you want the best cameras and Android One update support. Otherwise, the Moto G6 is a better buy. One of the newest offerings from LG, this phone includes a huge 6.1-inch 3120×1440 edge-to-edge screen with a notch as is the latest trend. It’s IP68 water-resistant, with Dolby Vision support for a brilliant HDR picture.

Dual 16MP cameras mean this phone packs some powerful snapping hardware. Its camera recognizes your subject and suggests a filter for it. DTS:X brings surround-sound audio too.

The G7 ThinQ includes 64GB of storage with a microSD slot for more space. If you want a premium device that’s not a Pixel, this is a good choice. This is another new LG model that’s made its way to Project Fi. It’s similar to the G7 ThinQ, offering a slightly smaller screen with a lower resolution (2880×1440). However, it’s still Dolby Vision compliant and offers the always-on display.

The cameras are similar, and they feature the same processor. However, the V35 ThinQ features a huge 6GB of RAM compared to the 4GB in the G7, as well as a slightly larger 3300mAh battery (compared to 3000mAh).

While the ThinQ’s screen is edge-to-edge, it doesn’t feature a notch. Thus, your choice will depend on which style you like more, and if you need the extra power of the V35.

The Pixel 2 and its XL counterpart are Google’s flagship phones, so it makes sense that they’re available on Project Fi.

On the software side, both get timely Android updates since they’re Google devices. The Active Edge feature lets you squeeze the sides of the phone to perform actions like launching Google Assistant.

These are the best phones Project Fi has to offer, with high prices to match.

Phones Not Available in the Project Fi Store

Project Fi only offers the above devices on its store. But some older devices still work on the service.

Google doesn’t sell its first-generation Pixel devices anymore, but they still work on Project Fi. As they are (or were) premium devices but are a few years old now, one of Motorola’s phones above will probably provide a better value.

But if you do want a Pixel, they’re still decent devices. Both include 4GB of RAM and timely Android updates. The Pixel features a 5-inch screen with 1920×1080 resolution, while the XL model has a 2560×1440 5.5-inch screen. There’s also a larger battery in the Pixel XL—other than that, they’re nearly the same.

You can get either Pixel in 32 or 128GB variants, available from Amazon and other retailers.

The last of the bygone Nexus breed, these two phones combined premium specs (at the time) with a budget price. The Nexus 5X was smaller and more modest, while the Nexus 6P was close to a phablet.

While they’ll still work on Project Fi, we don’t recommend that you purchase either of these devices. They won’t receive further Android updates, and their aging specs means you’re better off going with one of the above choices.

When Project Fi launched, the Nexus 6 was the only compatible phone. Even more so than the last Nexus phones, the Nexus 6’s time in the sun is well over.

It first launched in 2014, and was a big departure from the much-loved Nexus 5. The price started at $650, compared to $350 for the Nexus 5. The Nexus 6 was also a giant device, making it hard to hold. While it still offered the Nexus experience, it no longer receives updates, so you have far better options.

Even if you can find a Nexus 6, there’s no reason to buy it. It’s old and wasn’t a great device to begin with.

Which Project Fi Phone Will You Buy?

We’ve taken a survey of Project Fi compatible phones. Whether you own one of these devices or decide to purchase it from Project Fi, there’s a device for everyone here. The Moto G6 is a steal for the price, while LG’s devices and the Pixel 2 offer flagship experiences for those who want a premium device.

If you decide that none of these phones are right for you, you can still save money on your phone bill even without Project Fi.

Read the full article: The 8 Best Project Fi Phones You Can Buy Unlocked

How to Hide Messages, Photos, and More on Your iPhone

The Best Types of Photos to Sell Online for Money

8 Reasons Not to Buy the Samsung Galaxy...

The 8 Best Rugged Phones for Outdoor...