What Being a Freelance Programmer Is REALLY Like: The Pros and Cons 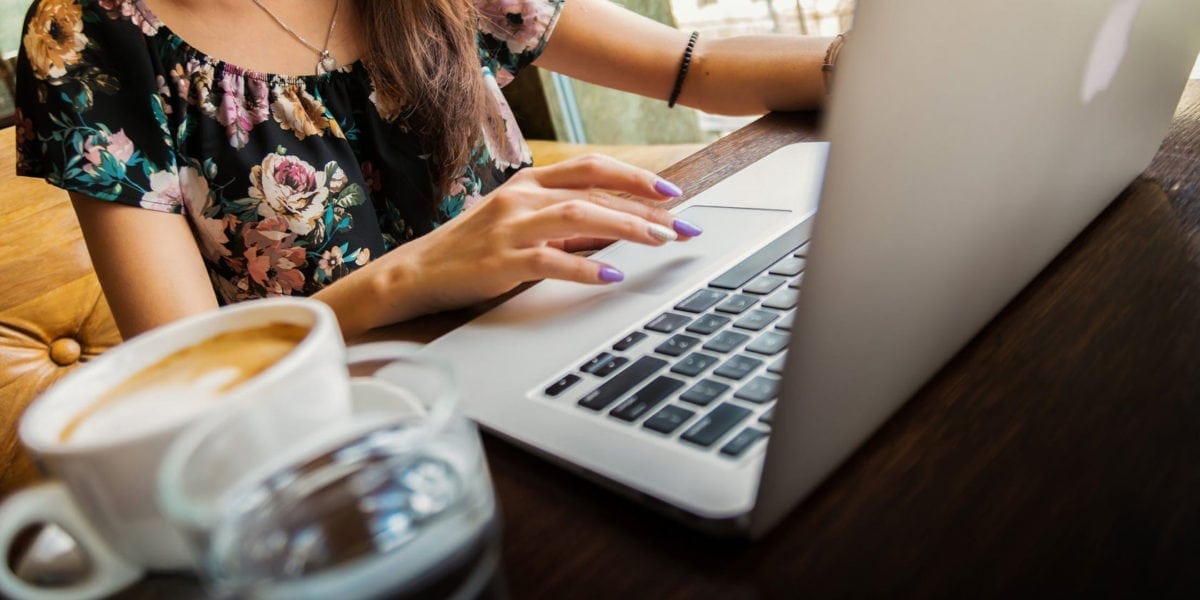 Working as a freelance programmer offers many benefits. While some of the positives come from the flexible nature of the work, still others relate to programming specifically.

However, as liberating as it might seem, freelance work isn’t always “Office Space.” Learn what being a freelance programmer is really like!

The Pros of Freelance Programming When you operate on a freelance basis, you’ll appreciate many rewards. These range from flexible hours to high pay rate and the potential for remote work.

As a freelance writer and editor, I work remotely. Sometimes this occurs in my home office (read: half of my bedroom), but mostly from a co-working space. If you’ve ever worked from home for even a day, you’ll know that it’s an awesome set up.

You can function on your own time, skip a lengthy commute, and wear (or not wear) what you want to work. Remote work can yield significant financial savings by skipping the drive.

As Forbes reveals, telecommuting may lead to an increase in productivity, improved health, and less employee turnover. Furthermore, companies see an average of $11,000 savings per person annually with work-from-home employees.

By nature, distributed teams can lead to increased transparency with a need to over-communicate. Plus, those meetings which could have been emails will probably be just emails. So it’s a win-win for freelance programmers and their employers.

Being Your Own Boss

As a freelance programmer, you’ll serve as your own boss. This goes for both more traditional freelance work as well as running a freelance business.

Sure, you might have clients but these feel far less like managers than co-workers. That’s because the onus falls on you to manage your own time and resources. The autonomy is empowering, especially when you’re paying your bills on a completely freelance basis.

Working With a Variety of Tools and Technologies

Since you’re not married to a certain company, you don’t necessarily get boxed into a specific role. Instead, you have the opportunity to dabble in several areas, such as being a systems administrator, Java developer, and JavaScript expert.

By working on a variety of projects, you avoid getting holed into a specialization. However, while you might be able to earn more if you do specialize, this comes with its own set of pros and cons.

As explained by Devin Ceartas, full-time freelancer for over 16 years and owner of Nacredata LLC:

“What’s fun to me about working with technology is learning how to solve problems. […] There’s new stuff all the time, so much so that it’s overwhelming for some people. I’ve noticed some programmers, particularly newer programmers get stuck in the mindset of ‘I’m a JavaScript programmer,’ or ‘I’m a Ruby on Rails programmer.’ And I’ve always just been interested in learning all the tools and figuring out what fits best at this point in time.”

Moreover, you can use your own tools, languages, and technologies to get the job done. This might mean running Linux which is perfect for freelancers, or simply using a prized laptop or desktop instead of enterprise hardware.

That app you’ve been meaning to develop while grinding in a nine-to-five job can flourish into existence as a freelance programmer.

You may find more time with the lack of commute, as well as chances to hunker down on personal endeavors between client gigs. Whether this is starting a technical blog or creating an app, it’s a major advantage of freelancing.

As a freelance programmer, your salary will vary. Depending on the project, you might agree on a set amount, bill hourly, or accept something in between. Once you’re solidified, you can charge a decent amount. Often, you’ll bring in more hourly than you would in a comparable salaried role.

Because you’re not getting that rate full-time from a client, you’ll be able to pitch a higher rate. Clients can accept that since they’re ultimately saving money by outsourcing rather than hiring full-time employees. Since a client saves money by not paying for an office or equipment like a laptop or desktop, they can afford more spending over a shorter time period.

The Cons of Freelance Programming

Though working from home, time for personal projects, and using your own tools and technology sounds glamorous, there are definite downsides to freelance programming. From uneven job flow to outdated technology and lack of benefits, you’ll want to consider the full picture.

Instead, you’re responsible for sourcing your own health insurance which, depending on where you live, can be pretty tricky. Further, taxes might prove complex as the vast majority of employers don’t withhold anything from your paycheck.

Even if you love your job, you’ll need to earn a paycheck. You can’t simply work for free. If you’re just starting out, you’ll likely work for free or for low income at the start.

“Not having enough work is definitely something people think about. So as an independent person, you have a hard time saying no to projects. […] But you can quickly fall into the trap of being over busy, and under-employed.”

Once you do begin getting high paying projects, cash flow can still be uneven. You might complete a major job and not see that money deposited for a month or more. It takes a bit of getting used to, but once you’re in a groove it’s easy to thrive in the gig economy. You’ll need to balance your workload and client load appropriately.

Whereas a traditional office job, or even working on a distributed team, means having co-workers, as a freelance programmer you’re on your own. This can get pretty lonely. Thus, you’re responsible for seeking out a community. Slack groups, meetups, and co-working spaces can compensate—but it’s definitely a consideration.

Based on your personality, this could be difficult. For a while, I worked out of my apartment until I found a local co-working space called Perch. The motivation to actually work spreads by osmosis when surrounded by pretend co-workers. Plus, the chores you keep neglecting are at home, not your co-working space.

Transitioning Between Normal and Freelance Work

Once you leave an office, it’s tough to go back to on-site work. As Michael Dominick, CEO/Founder of The Mad Botter Inc. reveals, “transitioning from an individual freelancer to a development shop CEO was strange but ultimately rewarding.”At some point, you might scale in your freelance career to the point where you are hiring freelance programmers.

Similarly, migrating from a full-time role to freelance may be a challenge. There’s usually no team to rely on, it’s just you. If you’re a self-starter, you’ll thrive as a freelance programmer. But the onus is on you to keep track of deadlines, complete projects, and ultimately find your own work.

Being Your Own Boss

If you’ve been in the workforce for a while, you’ve likely encountered those bosses you enjoyed, hated, and everything in between. Freelancing means you are pretty much your own boss. It’s an endless fluctuation between hiring and firing yourself. It’s possible you’ll be the best boss you’ve ever had, the worst, or an ever-changing mix.

This is one of the biggest misconceptions about freelancing. Although it might seem like you’re totally focused on the work itself, you’re really managing a business. Don’t expect to program all day. Instead, you’ll spend a ton of time pitching clients, sending invoices, and marketing. A major component of freelance work is building relationships and selling yourself.

If you work on a contract basis, this does ease the pressure of constantly seeking new clients. Additionally, if you perform well, you’ll probably be kept as a regular freelancer, and maybe even turn that freelance gig into a full-time role. Regardless, there’s far more than just programming. Even if it’s only you, you’re a business.

As such, accounting, sales, marketing, and more become your responsibilities. Luckily, you can take advantage of elements like video to promote your freelance work.

Ultimately, the freelance lifestyle is pretty varied. It’s not quite as glamorous as it might initially appear, but it’s perpetually exciting and intense. Plus, when you do manage to pay your bills off of a freelance salary, there’s an immense sense of accomplishment.

When I left my cushy salaried nine-to-five job for a freelance career, I was terrified, albeit in a motivating way. Freelancing can even lend added security since your income is diversified: if a client disappears, finances may show you’re underemployed, rather than unemployed.

Kickstart your freelance career with these best freelance jobs and search sites!

Read the full article: What Being a Freelance Programmer Is REALLY Like: The Pros and Cons

Statement from Secretary DeVos on the Government Reform Plan

Convert Any Image Into a Sketch Using Python

How to Create PDFs in Node.js Using PDFKit

How to Use Google Chrome to Debug...

The Top 7 Python Frameworks to Customize...

Why You Shouldn’t Learn to Code With...