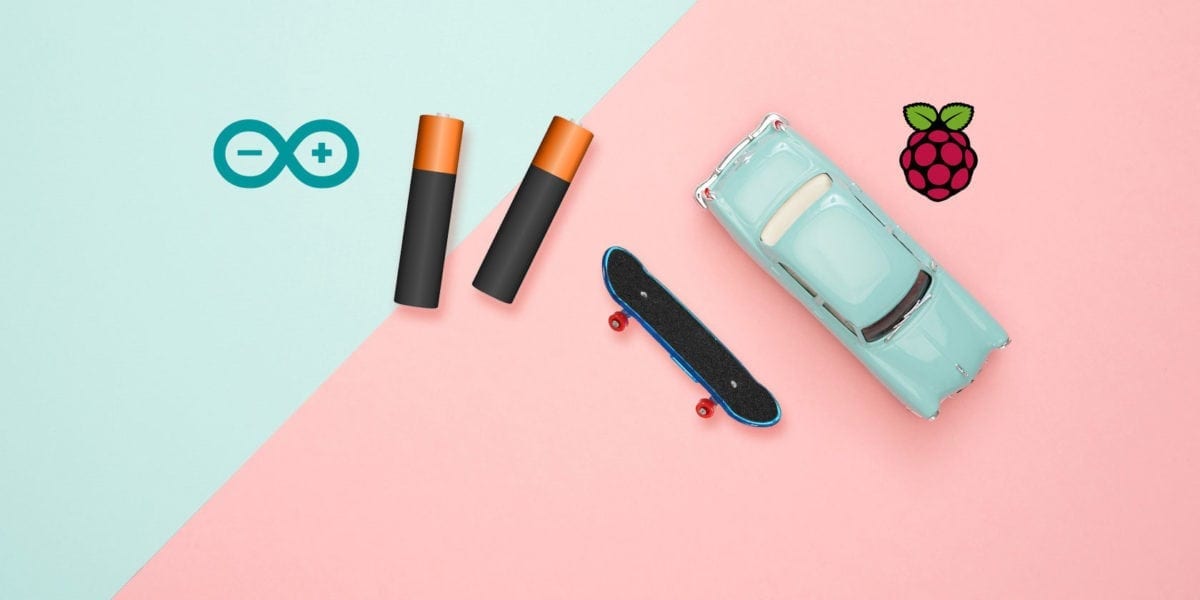 Electric vehicles are on the rise. Until recently, almost all forms of personal battery powered transport were homemade proof of concept projects. Now, electric cars, bikes, and skateboards are widespread, and there are a range of great rideables to choose from.

In this article, we celebrate the folks still creating weird and wonderful forms of transportation. Most of these creations come with ways to make your own versions at home, though if you are a beginner, it might be worth brushing up on your electronics skills first!

Warning: All of these projects, while awesome, are potentially dangerous. If you do attempt to replicate any of these, make sure you understand the risks and, most importantly, always use protective gear!

YouTuber Great Scott! has been creating video tutorials on Arduino and Raspberry Pi for some years. His educational videos on almost every element of DIY electronics have been an excellent resource for anyone interested in homemade circuitry and microcontrollers.

It’s no wonder that when he turned his mind to creating his longboard he not only came up with a great finished product, but a set of informative videos to go with the build process.

In his three video series, Great Scott! takes you through the design and build of the board, creating the drive system, and all of the electronics required to create a fully functional longboard. The completed build claims speeds of up to 34 km/h and a run-time of up to 20 km.

When compared to other similar DIY builds, there are a few reasons this one stands out. Rather than converting an already existing longboard, the board was created using layers of wood before being cut out and sanded down. The method he chose to do this is excellent (even beginner woodworkers should be capable of copying it), and links to the plans are included in the video description.

The drive system is another area where this build shines. Rather than buy a custom axle for driving the board, a gear was cut to size and secured into one of the back wheels. This gear turns via a belt from the motor. While somewhat rough and ready, this was a great solution to the problem of drive.

Finally, and possibly the coolest aspect of this build, was the control system. Rather than just buying a remote control system from a model vehicle specialist, Great Scott! decided to create his own. A generic electronic speed control board (ESC) from Amazon was used to drive a 400KV 1560W motor. Communication with the board comes through an STX882 transmitter and receiver. The wireless controller is a converted Wii Nunchuk, cut apart and repurposed using an ATtiny45 microcontroller to relay joystick and button information to the transmitter. The circuit fit perfectly into the Wii Nunchuk, with the Z button acting as a dead man’s switch to ensure the board stops if the remote ever drops.

This project is fantastic not only for its ingenuity, but in its clear step-by-step instruction on how to make it, and the process Great Scott! went through in making it.

For anyone with a soul, the California-built Onewheel is about the coolest variation of skateboard-like electric transport out there. The electric boards sport a single wheel, as their name suggests. This wheel, however, is a little larger than one you’d find on a regular skate or longboard.

Onewheel came to life in 2014 after a successful Kickstarter campaign. Around the same time, and seemingly independently of the Onewheel, came The Flying Nimbus.

With its industrial styling and professional look, you might think this is another commercially available variation of the Onewheel, but it is not. Created by Dane Kouttron (and documented in great detail on his Transistor Man website), this single-wheeled marvel is a product of one man’s trial and error.

The Flying Nimbus uses a three-phase servo driver along with a gyro and accelerometer to balance the board and take input from the rider’s feet to determine speed and acceleration. The control board uses an atmega328 chip in the form of an Arduino Nano (one of the cheapest and most versatile boards) to communicate with the sensors keeping things shipshape.

This build is a beautiful thing to behold. Dane goes into an incredible amount of detail on his website covering the build process.

You have a business meeting with a Bond villain on the other side of an abandoned quarry. You want to arrive in style, but you can’t fit your mountain board in your carry on luggage. Yeah, we’ve all been there.

This particular frustration is no more, thanks to Dane Kouttron’s collapsible three-wheeled electric mountain board.

This astounding tri-wheeler was created for an overseas trip. This meant that from the very early design stages it had to be small enough to fit into a regular travel bag, and pass all regulations for travel. The build managed to do all of this and more, finishing up with a wireless hand trigger throttle driving a stylish and rugged-looking metal board which looks awesome folded out, and cute when retracted into its mini form.

The write up of the design and build process covers every aspect of the project, from inception to its intended purpose—a form of transport to use abroad on a business trip to Germany

It seems like only a few years ago that people heralded the Segway as the personal transport solution of the future. It didn’t turn out that way, and the Segway became something of a target for ridicule.

This is a shame, as the Segway fulfills many of the Futurist Sci-Fi transport dreams of a childhood well spent. There is a place where the Segway is welcome though, and that is in the realm of DIY balancing vehicles.

Enter the SciChair. A Balancing Electric Chair made using an Arduino, an accelerometer, and a motor driver.

This sit-down Segway is a prime example of a relatively simple concept done very well. By using data from the accelerometer in each loop() cycle of the Arduino code, the chair can retain its tilt angle, and the user can lounge in relative comfort while traveling.

ScitechWA cover the complete build process on their Instructables page along with more footage of the SciChair in action.

Every now and again a build comes along which will, for a time at least, stand undefeated as coolest thing on planet Earth. Right now, the Teslonda is it.

While the image alone will be enough to get some folks excited, the description should make any geek heart aflutter. This is a Tesla drivetrain, inside a 1981 Honda Accord, which uses a Raspberry Pi for telemetry and active management of the electronics in the car.

Not only is this a beautiful mashup of the old and the new, but it can also pack one hell of a punch in a drag race. This video from Jim Belosic, builder of the Teslonda, shows the crazy amount of power this electric marvel has.

This build has caused quite a stir, and it is easy to see why. For the time being, this might just be the coolest electric vehicle on the planet!

If you are interested in creating your own battery-powered vehicles, starting with this 4-Wheel Drive Arduino Robot is a great way to learn the basics of controlling motors with an Arduino.

We have only covered a small selection of some of the genuinely inventive devices out there for personal transport. While some of these builds are complex, you should be good to go after reading our beginner Arduino guide and beginner Raspberry Pi guide.

Read the full article: 5 DIY Electric Vehicles You Can Build With Raspberry Pi and Arduino

What Is a Raspberry Pi Cluster and What...

The 5 Best Head-Up Displays in Any Car...

What Is a Smart Home EV Charging Station,...

These 9 DIY Projects Are Perfect for Any...

The 5 Fastest EVs Around the Nurburgring...

11 Cleaning Tricks to Make Your Phone...