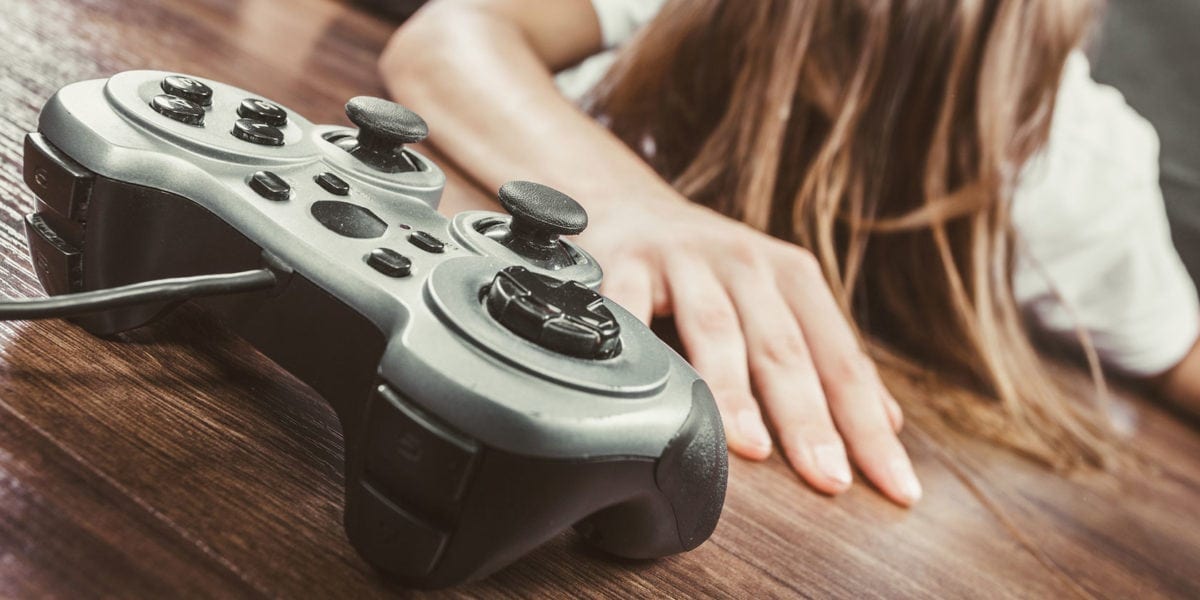 Video games can suck you in and hold onto you like few other activities.

On the surface, playing video games is no more or less valuable than reading, watching movies, or similar hobbies. But unlike those activities, games have a tendency to encourage extended play sessions and even addictive behavior in some people.

Why is this? Let’s explore six reasons why video games can be so addicting.

Every video game, from early arcade titles to modern blockbusters, uses feedback loops to keep the player engaged. This is a core part of video games because developers have a vested interest in making players want to play their games for as long as possible.

Early on, feedback loops were as simple as showing a high score after you saw a Game Over screen. Seeing that AAA beat your score by just a few thousand points was enough to make you drop another quarter into Donkey Kong and start again.

Today, most popular multiplayer games reward you with treats as you progress. The draw of unlocking a new weapon once you reach level 50, for instance, is enough to make you continue playing. And the more players who do so, the larger a player base the developer can boast. More people playing means a longer lifespan for the game, which brings more monetization opportunities (more on that below).

But it’s not just these macro examples—tiny feedback loops appear all over in every game. Nailing a combo in a fighting game and seeing your opponent bested feels good. Leveling up in an RPG boosts your stats just a bit more. Unlocking new power-ups and finding secrets encourages you to look for more.

The takeaway: If games didn’t have feedback loops, they’d quickly become boring. But as they regularly present you with new reasons to keep playing, it’s easy to continue.

I’m addicted to too many games right now. Pokemon GO, Fortnite, Overwatch. I need 30 hours in the day. I am determined to win at Fortnite. 2nd once, 3rd a few times, never first.

While you can finish most single-player adventures in a relatively short amount of time, many games include multiplayer elements. And unlike solo experiences, you can spend hundreds of hours in multiplayer modes and never truly “complete” them.

In the past, this was limited to local (couch) multiplayer modes. You could battle friends in GoldenEye, or beat each other up in Super Smash Bros., yet the fun ended once your friends went home. But with every home gaming system connected to the internet nowadays, there’s always someone to play multiplayer with online.

This is obvious when you examine MMOs like World of Warcraft, which contain so much content that you couldn’t see it all in a lifetime. But it’s also true for multiplayer games like Rainbow Six Siege, Rocket League, and Fortnite.

Jump online, and you’ll always find someone who’s better than you, or another goodie to unlock, that keeps you playing. And in games with competitive modes like Overwatch, if you don’t keep playing, you won’t improve.

The takeaway: Multiplayer modes never truly end. With online play bringing you someone to play against anytime, there’s always a drive to improve and play “just one more match.”

From expansion packs to microtransactions, DLC has been around for over a decade and allows developers to introduce more content into their games. As a consequence, this makes it hard to properly finish a game since new content could show up at any time.

An expansion for a game like Horizon Zero Dawn or Fallout 4 adds another dozen hours to play. If you enjoyed the gameplay, you’re apt to sit down with it again for more of the same.

The same applies to multiplayer games. Whether through traditional DLC packs (Call of Duty, Battlefield) or regular free updates (Fortnite, Overwatch), most multiplayer games add more content over time. Some new maps, weapons, or playable characters could be just the trick to get you back into a game and get re-addicted to it.

The takeaway: Games aren’t static. New content released for your favorite games makes it easy to slip back into playing them all the time, even when you thought you were done.

We’ve focused a lot on multiplayer, but there are strong factors at play for single-player games too. One of these is that games bring out our emotions, often in ways that other mediums simply can’t. It’s easier to enjoy something when you feel connected to it.

Consider a game series like Persona, where you play as a high school student over the course of a year. As you spend time with your in-game friends, you get to know their struggles, dreams, and interests. You’ll connect to them and want to learn more about their stories, even though they’re not real. This is something achievable in an 80-hour game (or a good book), but not a two-hour movie.

This isn’t exclusive to long RPGs though. Games like The Last of Us were acclaimed for the emotional connection between characters that grows throughout the game. Titles where you’re free to make decisions can pull on your emotions even more when they show you the consequences of your actions.

Masterful game soundtracks can also take generate strong emotions in you. A tearful piano piece during a sad moment, an epic sweeping score during an escape, or an interesting groove that introduces a character all make an impact on players.

The takeaway: Games offer unique ways to build emotional connections with players. When you’re emotionally invested in a game, it’s easier to sink more time into it.

5. Some Video Games Are Designed to Addict

The above are reasons that you can get addicted to any game. But unfortunately, many games are built with the mindset of addicting the player.

Mobile games are infamous for this. They’re “free to play,” but not for long. After the game entices you with easy levels (and frequent dopamine hits) early on, they introduce limits on how much you can play, often with a limited number of lives. Bypassing these “time-outs” means spending real money on in-app purchases.

This isn’t limited to mobile games like Candy Crush and Clash Royale. Big-budget games have introduced “freemium” elements as well. While these were once small transactions for a particular item, gambling-like loot boxes have become the preferred method. Gambling is obviously addictive for a reason, and some of its worst elements are now commonplace in AAA games.

Take Call of Duty, for example. It has hundreds of custom gun camos, outfits, and player icons. You can earn these by getting lucky with loot boxes or grinding out hundreds of in-game credits to get what you really want. But the game always offers the ability to spend real money on loot boxes—which don’t even guarantee you’ll get the item you’re looking for.

As mentioned above, the more players keep playing a game long after release, the larger the potential amount of loot box buyers. Overwatch features a few seasonal events during the year with special limited-time items. If you can’t get what you want through playing, you may turn to spending a few dollars on boxes.

The takeaway: Mobile games, and significant elements of big-budget games, are built to addict players. Whether through carefully crafted experiences that keep you drip-fed with rewards or pressuring you to spend money to enjoy gambling on loot boxes, they want your time and money.

Today’s technology enables video games on a scale that we couldn’t have imagined 20 years ago. From open-world games with hundreds of square miles to explore to RPGs that can take hundreds of hours to beat, there’s a staggering amount of content in modern games.

Most early video games had a set ending. Once you saved the princess in Super Mario Bros., you’d seen pretty much everything the game had to offer. Some games had a “hard mode” with a few variations, but it was simply a loop of what you’d already experienced.

Nowadays, series like Fallout, Just Cause, Far Cry, and Grand Theft Auto have densely packed maps with tons of missions to take on. Games like Civilization, FTL, and Spelunky have near-infinite replay value thanks to their randomized scenarios every time you play. And we’ve already discussed massive multiplayer games like League of Legends, Fornite, and Overwatch that receive regular updates and have millions of active players.

It’s easier to get addicted to games when there’s a seemingly endless amount of content to enjoy. Games of the Super Nintendo and Nintendo 64 eras didn’t offer such vast experiences, which lessened their potential to addict gamers.

The takeaway: Today’s mega-games have more potential to addict because of their sheer wealth of content. Players who want to experience everything a game has to offer are in for a long haul.

Video Game Addiction and You

Like anything else, games CAN become a problem for some. However, that doesn’t mean they’re inherently bad. Just because games have the potential to addict some people doesn’t mean that everyone who plays them has an issue. But it’s wise to know what can make games so addicting and stop if you see yourself going too far.

If you think you’re addicted to games or other technology, our guide to overcoming your tech addiction should be able to help.

The 10 Best Windows 10 Themes for Every Desktop

8 Reasons Why You Should Buy a Steam...

The 7 Best Xbox Exclusives to Test Out...

Is It Finally Time to Say Goodbye to...

How to Use Mondly VR to Learn a...

How to Test Your Network Settings on Xbox...

10 Interesting Facts You Never Knew About...

How to Use Spotify’s Podcast Charts to...