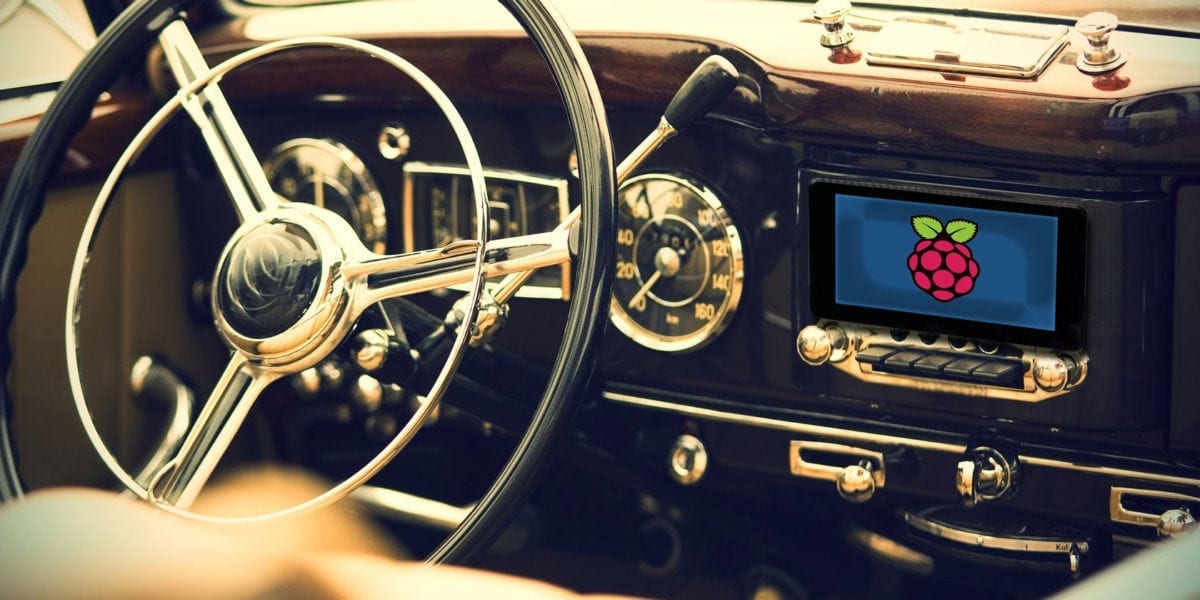 Each new generation of cars comes with more and more technology installed, but what if you own an older model? Even models produced 3-5 years ago are missing a lot of the tech you might expect to find.

These projects show you just how easy it is to add new features to your car, or retrofit enhancements that can significantly improve your luxury when driving.

This first project comes from YouTuber Project DiY. Using the DigiHUD Android app, and a few simple parts such as tinted film and suction cups, it’s possible to make this project in ten minutes.

Other apps are available, but DigiHUD is 100 percent free, contains no adverts, and doesn’t require a data connection to work.

Through the creator’s clear instructional video, you can easily build this for yourself. Just take care not to break any local laws regarding blocking your vision when driving, or operating a mobile phone.

This video shows you how to build your own two camera dashcam, using a Raspberry Pi and Arch Linux, although other Raspberry Pi operating systems are available.

While the quality isn’t amazing due to the use of Raspberry Pi cameras running at low resolutions, it’s more than good enough to see what happened in a collision or incident. You may already have the necessary parts already.

If you like the idea of a dual dashcam, but don’t feel comfortable modifying your car in this way, then take a look at our Aukey Dual Dashcam review, which comes with everything you need to get started.

This Knight Rider led scanner can be built using an Arduino and a few simple components. You’ll need to write some code, but our full written tutorial covers everything you need to know.

Our tutorial was built on a breadboard, but it’s not a roadworthy solution for installing in a car, so you may want to learn how to solder if you don’t know already.

YouTube channel StudentBuilds shows you how easy it is to build an ultrasound parking sensor with an Arduino. You’ll need a buzzer and ultrasound module, along with an Arduino, but you can purchase all the required parts for under $20.

This project is built on a breadboard and powered by a 9V battery, so you’ll need to modify it slightly to make it tough enough for life on the road. The full code and tutorial is provided in the excellent written tutorial.

Using a Raspberry Pi, touchscreen, GPS module, and the Navit open-source car navigation project, YouTuber Mark shows you how to build your own GPS based satellite navigation system.

The video doesn’t cover much more than a basic demo, but a comprehensively written tutorial is available on the maker’s website.

You may already own the Raspberry Pi and screen, but the BerryGPS-IMU module required can be on the expensive side. However, it’s still cheaper than a shop-bought system.

Jeffry Anto uses an old Android phone, alongside a Raspberry Pi and LCD monitor to prevent any collisions when reversing. The Android phone’s camera is used and wirelessly streams the video feed to the Pi.

While no tutorial is provided, you can easily replicate this by using the tips in this security camera from an old Android phone tutorial.

YouTube channel ETA PRIME shows you every step required to get Android Auto running on a Raspberry Pi, with touchscreen setup as well.

While many newer cars support Android Auto, it’s not always possible to configure with slightly older models. With a little configuration and some open-source code, you’ll be all set.

This ambitious project was built by Shahrul Nizam. It features an Arduino-powered fingerprint scanner, OLED display with a custom interface, and several buttons for basic control.

While the video shows little more than a basic demo, a complete circuit diagram is provided, along with some basic instructions on the maker’s website.

You may still need a way to unlock your car remotely, but this project brings you one step closer to the ultimate DIY smart car system.

Designed for rear passengers to watch movies, this Pi-powered car entertainment system was built by YouTuber Chad Runyon. The whole system is powered by the car’s battery, but a backup battery is used to safely shutdown the Pi once the engine is switched off.

No tutorial is provided, but our guide to installing Kodi on the Pi and portable Raspberry Pi power tutorials will get you off to a good start.

YouTube channel sentdex installed a Raspberry Pi into their car and uses it as a car computer. Not only does the Pi boot into its GUI interface, but it connects to the car and shows detailed statics from the engine such as air intake and fuel consumption.

This project does involve connecting the Pi to your car’s onboard diagnostics port, but the 15-minute long video goes into great detail about how this works, and things to look out for.

While complex, this project is easier than you may think, as the car’s interface is connected to the Pi using a diagnostics to USB cable, which is explained in the tutorial.

DIY Your Dream Car With These Projects

These projects show just how much potential there is when combining your car with simple electronics. While you should be careful not to tamper with mechanical engine components, or fuel or braking systems, there’s practically no limit to what you can achieve.

Once you’ve reached the limits of what tech you install in your current car, why not take a look at these affordable electric cars?

Read the full article: How to Add Smart Features to Your Old Car With These 10 DIY Projects

How to Test a Capacitor With a Multimeter

5 Reasons You Should Wait to Buy an...

How to Lube Your Mechanical Keyboard Switches: The...

How to Make a Phone Stand With...