Linux Without systemd: Why You Should Use Devuan, the Debian Fork 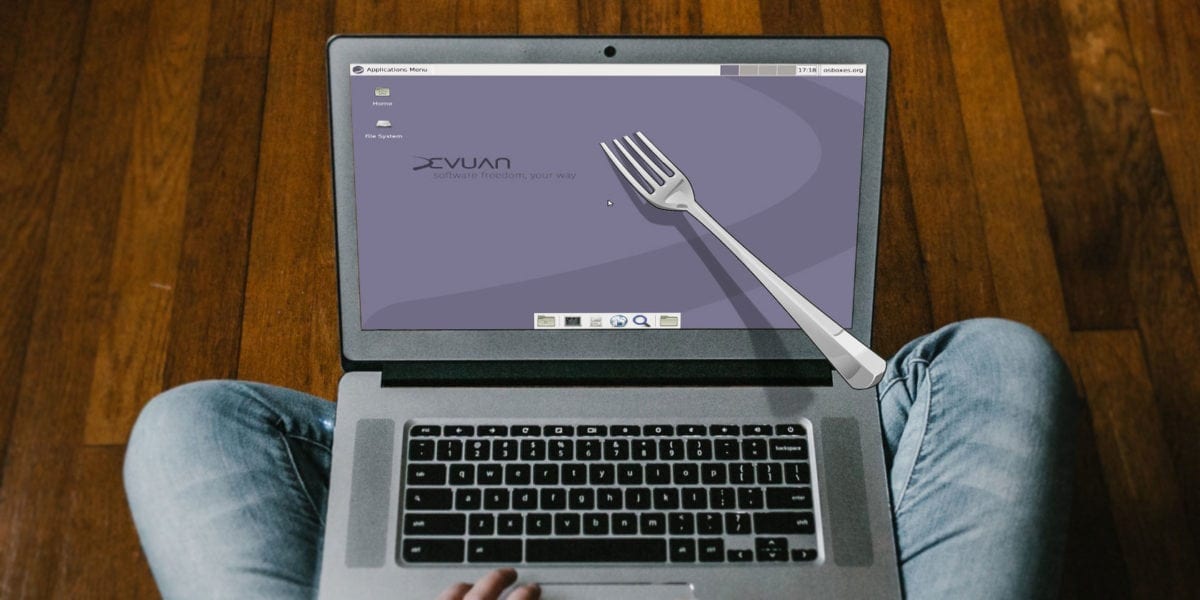 You may be surprised what constitutes a crisis in the Linux community. Several years ago, the creation of the systemd init system aggravated a number of developers and users. Most Linux-based operating systems adopted systemd, but there are a few that have chosen to chart a different course.

For all the contention, can you even tell the difference between a version of Linux that embraces systemd and one that doesn’t? As a clear test case, let’s consider Debian and a variant called Devuan. Debian is one of the oldest and largest Linux-based OSes. In 2014, a group called Veteran UNIX Admins started Devuan, a fork of Debian without systemd. Should you give it a shot?

Init is short for initialization. An init process is the first part of the operating system process to start as your Linux-powered computer boots up. It runs in the background for as long as your computer is on, and it continues until the computer shuts down.

The init system manages other processes, so that your computer boots, runs, and shuts down smoothly. So while the init system may be largely invisible, it’s also essential.

Systemd is more than an init system. It includes other software, such as networkd and logind, which manage other aspects of your computer. Systemd is a suite of software that serves as the bridge between applications and the underlying Linux kernel. It handles tasks as diverse as managing user logins to hotplugging devices.

Traditionally, on Unix-based and Unix-like operating systems (Linux is the latter), developers design software to do one task and to do it well. There have always been exceptions, but with systemd, a core component has diverged from this way of doing things.

As you may expect, there are reasons developers felt the need for a change. For starters, the older init system booted up in a linear fashion, loading various scripts in an order that makes sense. This makes it harder to boot a computer and manage core functions (such as connecting to a network) in the smooth manner expected on today’s machines.

Combining many of these tasks into a single project enables Linux-based operating systems to provide a faster bootup experience.

How Devuan Is Different From Debian

Debian 8 was the first version to adopt systemd. The Devuan project began at that time, but the first stable release didn’t land until 2017, alongside the release of Debian 9.

Devuan uses the same APT package manager as Debian, but it maintains its own package repositories. Those are the servers that store the software you download using APT.

Devuan’s repositories contain the same software as Debian, only with patches that enable programs to run without systemd. This mainly refers to backend components such as policykit, which manages which users can access or modify certain parts of your PC.

Devuan uses the Xfce desktop environment by default. This is a traditional computing environment akin to how PC interfaces looked several decades ago. Functionally, Xfce is still able to handle most tasks people have come to expect from computers today.

The live version of Devuan comes with plenty of software to cover general expectations. Mozilla Firefox is available for browsing the web. LibreOffice is there for opening and editing documents. GIMP can alter photos and other images. These apps all function as you would expect, with no concern for which init system you’re running. While Devuan mirrors Debian’s package repositories, the two are not interchangeable. Adding a repository intended for Debian runs the risk of wrecking your installation. You can edit your software sources via the terminal or inside the Synaptic Package Manager, which comes included. Devuan connects to Wi-Fi and Ethernet networks just fine. You can also expect it to recognize the flash drives and hard drives you plug in. There’s a decent chance you won’t even notice a difference. Systemd is only one way of doing things, not the only way.

What init System Does Devuan Use?

At the end of the day, this question gets to the core of what Devuan is all about.

Devuan defaults to the sysvinit system, which is similar to the System V initialization process used in Unix. Sysvinit was the general standard many versions of Linux, including Debian, used before systemd.

Devuan also offers numerous alternatives. You can download OpenRC, runit, and others to replace the provided init system.

Do Other Linux-Based OSes Avoid systemd?

Gentoo, the build-your-operating-system-from-scratch Linux distribution, defaults to OpenRC. It’s one of the oldest and most well-known versions of Linux to avoid systemd. Slackware, another ancient Linux-based OS, has opted to stick with sysvinit. PCLinuxOS is a younger option that has also chosen not to switch to systemd.

There are also several Linux distributions that are based on Devuan. Though the number pales in comparison to Debian, which serves as a base for many prominent Linux-based OSes such as Ubuntu.

Should You Switch to Devuan?

Are you a sysadmin? Do you build your operating system from scratch or regularly interact with startup daemons and services? If so, are you more comfortable with the way you’ve traditionally managed your system? If your answer is yes, you may prefer Devuan. It’s more of a continuation of the way things were, than something altogether new.

For the rest of us, this question is more of a philosophical question than a pragmatic one. Do you like the traditional Unix approach of doing one job and doing it well? Do you take issue with the idea of consolidating many tasks into a single project? If so, using Devuan is an expression of your belief in that ideal.

Pragmatically speaking, use Devuan if you want Debian without systemd. If you want systemd, stick with Debian. There isn’t much more to it than that.

Read the full article: Linux Without systemd: Why You Should Use Devuan, the Debian Fork

How to Fix the SSH “Connection Refused” Error...

8 Things You Should Never Do After Installing...

Feeling Bored? You Can Play Tetris on...

How to Install and Remove Software in...