The Best Shark Movies to Watch During Shark Week 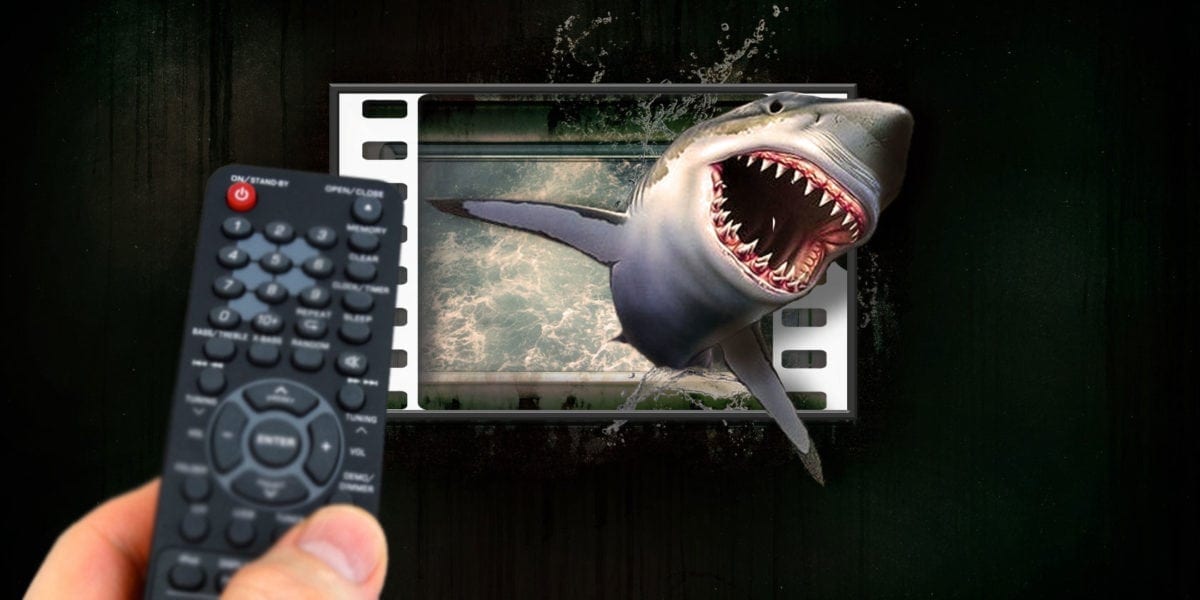 Shark movies have been around for decades, and if you like watching these dangerous creatures hunt down humans, then this is the movie list for you.

In honor of Shark Week, a yearly tradition started by the Discovery Channel, we have compiled a list of the best shark movies to stream and watch online.

Note: Most of these films require you to either subscribe to a service (such as Netflix) or pay a one-off sum.

When it comes to shark movies, there’s no better place to start than with the original terror in the water, Jaws. Directed by Steven Spielberg and starring Roy Scheider and Richard Dreyfuss, Jaws takes to you to Amity Island, a quaint little tourist town. But the fun soon turns to fear for visitors and locals alike when a great white shark takes over the waters.

There are also several sequels worth watching, but none compare to the original.

Sharks are on the hunt at an isolated research facility in Deep Blue Sea. Watch Saffron Burrows and LL Cool J, with Samuel L. Jackson in the supporting cast, in this science fiction thriller in the water. You will see scientists who are researching ways to save other people, fight for their own lives against sharks with a taste for science.

And if you enjoy the genre, take a look at these modern sci-fi movies on Netflix.

Many people enjoying swimming with dolphins on their vacations. But in 47 Meters Down, you will see what dangers really lie beneath the water. Two sisters go on vacation to Mexico only to find themselves trapped in a shark cage at the bottom of the ocean. With only one hour of oxygen left and great whites circling for some action, stars Claire Holt and Mandy Moore fight to survive.

If you bounce between Netflix and Amazon Video for your films, you might like this list of Stephen King movies that you can watch on both.

Head to the Great Barrier Reef for a race in the water between human and shark in The Reef. When a capsized boat with four people meets shark-infested waters, the outcome is a horrific tail (tale). Who will survive, if anyone? Find out in this scary and suspenseful independent film.

For a really frightening shark movie, how about one based on a true story? In Open Water, a nightmare comes to life when two vacationing scuba divers find themselves stranded in shark-infested waters when their tour boat leaves them behind.

If you like watching movies on YouTube, check out these channels that are perfect for movie lovers.

Vacations aren’t the only activities that attract sharks. In Bait, it’s an Australian supermarket that brings the beasts out. An unbelievable tsunami hits a town and traps shoppers in the local grocery store, but they aren’t alone. Down the next aisle they find 12-foot great white sharks shopping with them.

For a real test of wills in the water, check out The Shallows. In this dramatic thriller, a savvy surfer played by Blake Lively is attacked by a great white shark. Just a couple of hundred yards from the shore, she must find a way to survive and get back there under the watchful eyes of the dangerous predator.

Just when you think that staying on the sand is safer than swimming in the water, you discover Sand Sharks. This part comedy, part horror film stars Corin Nemec and Brooke Hogan. There’s no tsunami in this movie, but there is an earthquake that breaks opens a crater in the ocean. What lies inside that crater is a prehistoric shark that is ready to hunt for food by swimming in the sand.

If you haven’t heard of Sharknado or seen at least one film in this movie series, then you are missing out. This time, it’s a hurricane that sparks the shark attacks, but not in the water or in the sand, but in the air. Tornadoes packed with sharks hail down on stars Ian Ziering and Tara Reid in this some-call-it-cult classic. If you are looking for an unrealistic but extremely entertaining shark movie, this is it.

If you’ve watched Mega Shark take on the giant octopus, Crocosaurus, and Mecha Shark, then you know the creature is no match for a robot. In Mega Shark vs. Kolossus, the shark fights a giant killer robot from the Cold War for world domination. Who will win? Who will lose? Watch this science fiction and fantasy shark film starring Mega Shark to find out. You can also look for the other Mega Shark movies if you haven’t already seen them.

If this robot-related movie reminds you of just how scary technology can be, take a gander at the best horror movies for geeks.

Is It Safe to Go Back in the Water?

With this list of shark movies, it’s easy to see that it’s not just the water that’s dangerous, but the sand and sky as well. In other words, you’re never safe from sharks.

And whether you prefer the more serious movies or movies that are so bad they’re good, there is sure to be one on this list for you.

Read the full article: The Best Shark Movies to Watch During Shark Week

How to Control How Much Data Disney+...