Your Kids Are Playing Fortnite: What You Need to Know About It 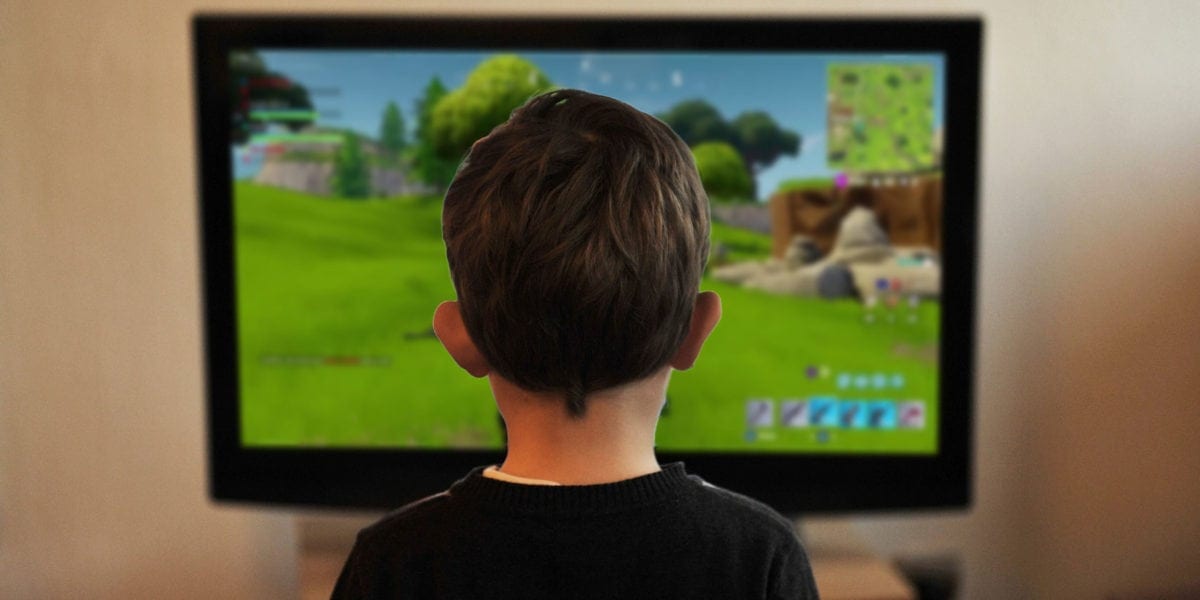 Fortnite went from being a small multiplayer game to the most played game in the world—seemingly overnight. The game’s unprecedented popularity has attracted the attention of gamers both young and old.

If your children play video games, they’re likely playing Fortnite. In this article, we answer a few of the biggest questions parents are asking about Fortnite. You may be familiar with the name Fortnite, but what type of game is it? Simply put, it is a multiplayer game that currently holds the title of the world’s biggest game thanks to the huge number of people playing it.

The game has two modes: the free-to-play Fortnite Battle Royale (BR) mode and the paid Save The World mode. It’s the free-to-play mode that has the vast majority of players and which is responsible for the title’s meteoric rise.

Battle Royale refers to a genre of game where players are thrown into a map together in a last-man-standing match. Think The Hunger Games or Battle Royale, which serves as the inspiration and eponym of the whole genre.

A Fortnite BR match is similar to the other games in the genre: 100 players share a map with the aim to be the last survivor. The map shrinks every few minutes, forcing players into closer proximity as they try to eliminate the competition. The last person left is the winner. There are a few variations on the BR mode that let players play alone, in a team of two or four players, or in a 50 versus 50 match. More recently, a Playground mode was also introduced. This mode allows new players to learn the game mechanics in a friendly, non-competitive environment with friends. They all fall under the game’s player-versus-player (PvP) mode.

Unlike the PvP portion of the game, Save The World is co-operative with a player versus environment (PvE) structure. Players work together to reach a common goal while fighting against enemies generated by the game.

Is Fortnite Free to Play?

Fortnite’s Battle Royale mode, the most popular part of the game, is free-to-play. However, the Save The World is part of the paid portion of the game.

But just because Battle Royale is free and there’s a set price for the rest of the game, this doesn’t mean there aren’t other ways to spend money in Fortnite. In fact, Fortnite comes with multiple microtransactions aimed at enticing players into spending money.

Some of these include starter packs, higher-tiered editions of the game, and a number of cosmetic items. Fortnite uses an in-game currency called V-Bucks which can be earned through daily missions in Save The World or by paying real-world money. None of these items are required to play the game, but many players who want to look unique will buy cosmetic gear to change up their character.

These coins can be bought within the game or through online storefronts such as the Microsoft Store and PlayStation Store. You don’t need to really worry about this unless your kids have unfettered access to your credit card.

Note: There are V-Bucks scams online, so consider talking to your kids about where and how they can buy them safely.

When parents hear that a game involves you trying to kill other players, it’s natural for them to be concerned that it might be too violent for their kids. But is Fortnite a violent game?

Despite its premise, Fortnite is considered one of the least violent of the battle royale games. This is not only due to the cartoonish character designs, but also the lack of gore or bloodshed while players fight.

In fact, the game portrays the Battle Royale mode as a friendly training exercise—so you’re not actually killing anyone. When a player runs out of health, their character falls down and, if not revived, is teleported away by a tiny robot.

This is in contrast with the grittier, more realistic battle royale games which include less fantastical weapons and more bloodshed.

While Fortnite BR is competitive, the developers make sure to put fun at the forefront of the game mode. Players can use goofy dance moves, parachute from buses, and run around wearing clown wigs with a giant popsicle in their hand. In the PvE portion of the game, enemies are cartoonish zombies that evaporate when destroyed.

Why Is Fortnite So Popular?

There’s no one single answer that explains Fortnite BR’s popularity. Even the game’s developers were surprised by how popular the title has become.

There are a few things which catapulted Fortnite into the public eye. Firstly, battle royale games have become a popular genre in recent years. Games like DayZ, The Culling, H1Z1 and PlayerUnknown’s Battlegrounds (PUBG) already existed at the time of Fortnite BR’s release. But these competitors were paid-for titles.

You can find a more detailed explanation of the differences between them in our PUBG, H1Z1, and Fortnite comparison. However, Fortnite BR was completely free at the time of its release—giving it a significant advantage over other titles.

The game’s competitive aspect also makes it a great candidate for streaming. Fortnite became the most streamed game on Twitch soon after its release. The relatively easy learning curve compared to other eSports titles such as League of Legends means that it’s not only fun to watch, but easy for viewers to join in and try out for themselves.

Its cross-platform support also put it as a frontrunner in the genre. Many of its competitors were available in early access versions for months or even years before they had a full PC release. Meanwhile, Fortnite BR was a surprise PC launch that soon became available on the PlayStation 4, Xbox One, and the Nintendo Switch. Even Fortnite’s mobile version launched relatively quickly after its initial launch.

Is Fortnite Safe for Kids to Play?

Fortnite has one of the lowest age ratings in the battle royale game genre. The game’s PEGI rating sits at 12 years old, with its only advisory including a warning of occasional mild violence. In contrast, games like PUBG and The Culling have a PEGI rating of 16 years old. The ratings include advisories for frequent, moderate violence.

In terms of online security, Fortnite has the same concerns as most other online multiplayer games. Players can chat with others and even hear others over their microphone. Luckily, there is a setting to mute all other players’ microphones. Meanwhile, text chat has any swearing censored unless you specifically disable this setting. The game also allows users to report and block any abusive players.

Fortnite’s community is not as toxic as some other game communities that are notorious for abusive language. But if you are concerned about your kid’s interactions with other players online, there are ways to protect their privacy and restrict exposure to potentially abusive players. It’s very easy to mute the microphones of other players. Depending on which gaming platform they are using, they can also limit who can message them or view their profile.

However, if your child is aware of how kids can stay safe online—something every person who has internet access should be taught—they should be able to navigate Fortnite player interactions easily enough. They should also consider securing their account with two-factor authentication.

Should I Worry About Fortnite and Gaming Addiction?

The World Health Organisation (WHO) has added gaming addiction to its list of mental health issues and naturally many parents are a little concerned. While video games can be addictive, this doesn’t make them inherently bad. They do trigger reward systems in the brain, but so does food, sugar, music, and exercise. The problem is when someone relies on these triggers to a point that it impacts their life, daily functioning, and wellbeing.

Health professionals still need to investigate gaming addiction further. A set of diagnostic criteria also still needs to be established. Gaming is not intrinsically habit-forming like nicotine or certain medications. Rather an underlying problem or issue, either neurological or psychological, would likely be the cause of an addiction to gaming. This is usually the case with food addiction, shopping addiction, or other behavioral addictions.

If you’re concerned that your child is exhibiting addictive behavior, you should consult a medical professional. However, it’s important to distinguish whether a hobby or habit is just time-consuming versus something that is causing distress.

It can be worrying when your kids have a hobby you’re not familiar with. This is especially true when news outlets and public officials make sensationalist claims about the latest video games.

Luckily, there are many online resources where parents can learn more about this hobby. One such resource you should take a look at is our guide on what parents should know about video games.

Read the full article: Your Kids Are Playing Fortnite: What You Need to Know About It

Where Martian dust comes from

How to Manage Your Followed News Channels on...

How the Xbox Series S Set a New...

The Witcher 3 Next-Gen Update: 7 Additions You...

7 Ways Gaming Mice Have Improved Over the...

5 Reasons Why You Should Upgrade to the...

12 Christmas Podcasts to Get You in...