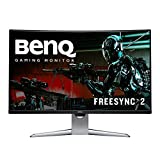 If you’re a PC gamer, the screen is an important part of the experience. PC gamers shouldn’t just go for a random monitor though. Instead, it’s best to buy a gaming monitor, and thankfully there are some cheap gaming monitors available to buy.

What to Know Before Buying a Gaming Monitor

Gaming monitors focus on a few things that a regular monitor or TV will not. Here is a quick list of the essential things you need to know when buying a gaming monitor:

Response time: A lower response time is better. This is a measure of how quickly a pixel can go from black to white to black again. Gaming monitors will usually have response times of 5ms (milliseconds) or lower.

HDR: It’s best if a monitor has it, but this isn’t a dealbreaker. HDR (High Dynamic Range) makes the colors pop, but in budget monitors, this is often looks over-saturated.

FreeSync vs. G-Sync: FreeSync and G-Sync are competitive technologies from AMD and Nvidia to improve picture quality and reduce lag. AMD supports FreeSync monitors, Nvidia supports G-Sync monitors. There are great budget graphics cards for gaming from both.

In addition to picking out a good gaming monitor, there are some tips and tweaks you can use to optimize gaming on your Windows 10 machine. And don’t forget that a monitor is just one part of your setup. We’ve shown the best CPUs for gaming to help out with your build.

The biggest question you need to ask yourself is about the size of the monitor. As a rule of thumb, “bigger is better” can work, but it’s not always true. You should calculate the distance from the monitor to where your eyes are likely to be, and buy accordingly. For most people, a 24-inch or a 27-inch gaming monitor is ideal.

It is also difficult to escape the lure of UHD or 4K gaming monitors now. If one fits in your budget, get it. But 4K resolution isn’t a must-have feature. Resolution doesn’t make the graphics better, there are other things that matter in a monitor, like the factors listed above. For example, a cheap 4K monitor with HDR will still not give you a satisfying experience if its refresh rate is low and its response time is high.

There’s a lot of debate about PC gaming at 4K and upscaling. The bottom line is that while it enhances the visuals, it’s not a deal-breaker if the monitor doesn’t support 4K. And this is especially important for budget gaming monitors.

The most common size for desktop monitors is 24 inches. For that, a no-frills no-fuss recommendation is the BenQ Zowie RL2455. It gets the basics right with a clear and vibrant screen, 1ms response time, and several ports for inputs. But BenQ’s small additions make a difference.

For instance, the monitor comes with preset modes for different types of games, such as strategy games, shooters, and so on. BenQ also has a smart built-in software called Black eQualizer, which makes dark areas a little brighter to see clearly, without turning the whole screen bright. Several customers and reviewers have pointedly appreciated this feature. 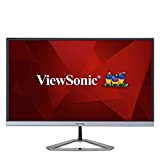 The BenQ Zowie has a TN panel. When you’re buying a gaming monitor, you’ll need to decide between an IPS screen or a TN screen. Generally speaking, IPS screens have better viewing angles and colors, while TN panels have faster refresh rates and response times. But these are outdated myths about monitors.

When it comes to budget gaming monitors, an IPS screen doesn’t give that much extra oomph. But if you’d still prefer it, then the ViewSonic VX2476 is the cheap option to go with. It’s available in different sizes (22, 23, 24, 27, and 32 inches) for a fantastic rate.

Buy this if watching movies is more important than playing games, but you still want a good gaming experience. 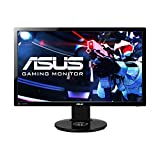 If your budget allows for it, don’t settle for anything less than a monitor with 144Hz refresh rate. It’s the most visually striking feature when it comes to modern gaming. The best cheap option with that feature is the Asus VG248QE.

There is nothing special in this Asus model other than the 144Hz refresh rate. It is simply a solid device that does all the basics as perfectly as possible. Make sure you buy the 144Hz model with a TN panel, as there is also a 75Hz model with an IPS panel.

Whether it’s the 24-inch version or the 27-inch version, Samsung’s 390 series is a good choice for those with AMD graphics cards that support FreeSync. Samsung uses a VA panel, which is kind of a compromise between IPS and TN. 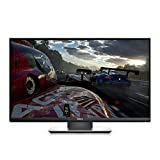 Nvidia’s G-Sync works differently than AMD’s FreeSync, as it requires the monitors to have a chip. This raises the price, but also improves quality. And if you have an Nvidia card, the much-loved Dell S2417 is the way to go.

Even with a TN panel, the colors pop like on an IPS panel. It has 165Hz refresh rate, and a 1ms response time. You even get higher resolution at 2560×1440 pixels.

Almost everyone agrees that this is the best budget gaming monitor around today. It’s so good that you should buy it even if you have an AMD graphics card and won’t get FreeSync.

You can also get a 27-inch version of this Dell model, which has all of the same features.

For most gamers on a budget, the Dell S2417DG should be the maximum they spend on a monitor. But in case you want a little extra oomph, take a look at the BenQ EX3203R.

It’s a curved gaming monitor that supports HDR, along with FreeSync. The resolution is again 2560×1440 pixels, which is plenty for a gaming monitor when the rest of the image quality is so good. Forget about 4K.

Of course, you get 144Hz refresh rate and 1ms response time at this price. This model also comes with a USB-C port, which you don’t often see on monitors. We were mighty impressed in our BenQ EX3203R review.

What About 4K Gaming Monitors?

As you have probably noticed, this list doesn’t include a single monitor with 4K resolution. That’s because when you’re buying a cheap gaming monitor, the other factors (panel quality, image processor, etc.) matter more than the resolution.

But if you want a 4K monitor despite that, there are a few options. Remember to stick to gaming monitors that offer 4K, rather than a random 4K monitor. You might also look at buying a gaming projector as another option.

For more gaming gadgets, take a look at the best gaming accessories for all gamers and the top wireless gaming headsets.

12 Striking Dark Wallpaper Sites That Are Perfect for Your Desktop

How to Fix Epic Games Launcher’s AS-3 Error...

How to Back Up Your Animal Crossing: New...

AMC Theaters Will Accept Bitcoin by the...

The 4 Best Tools to Manage Your...

Monitor Calibration Made Easy With These 5...