Home Adult Tech Librem 13: The Most Secure Laptop Yet

Librem 13: The Most Secure Laptop Yet 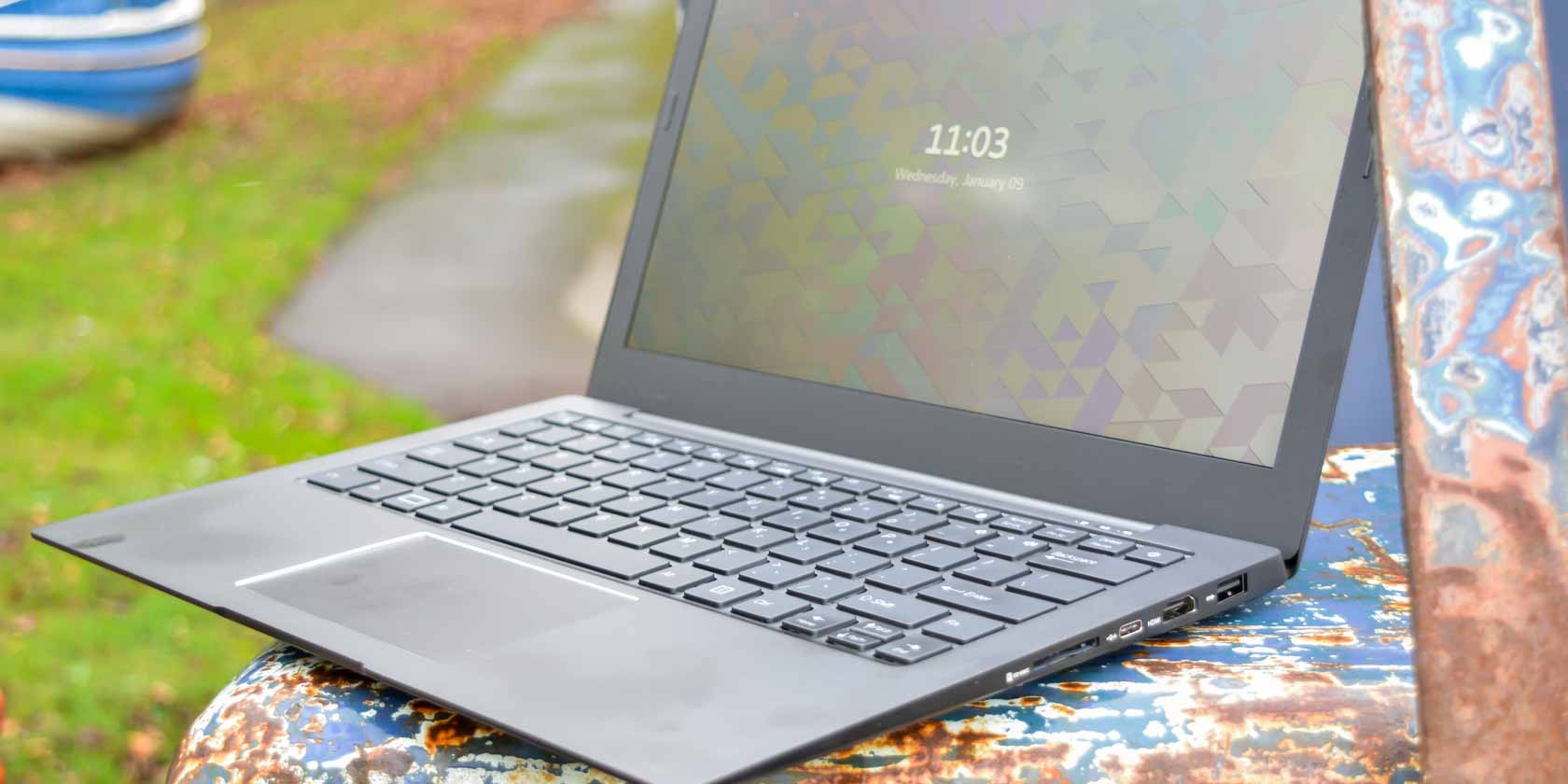 Our verdict of the Librem 13:
A slimline ultraportable MacBook rival with the tightest security and privacy you’ll see on any commercially available computer, the Librem 13 is one of the most stunning laptops you’ll ever use. Unique security features push the price up, but if you’re happy to use Linux, this is ideal.810

Concerned by failings in digital privacy and security? Feel as though you’re constantly at the mercy of cybercriminals, creepy corporations, and sinister government departments? Your data is vital: you are the product. Short of going offline, there’s nothing you can do about it.

Linux hardware manufacturer Purism has released a pair of laptops with a focus on security. The Librem 13 and Librem 15 run the PureOS distro, and feature hardware security features.

To find out more, we got hold of the Librem 13, a lightweight ultrabook that retails direct from Purism for $1399.00.

Available from the Purism website and starting at $1399.00, the Librem 13 has configurable RAM, storage, and wireless options. Our review device spec is as follows:

In addition, there’s a backlit keyboard with two brightness settings, and an impressive Elantech multitouch trackpad.

We’ll be looking at the Librem 13’s security and privacy credentials later. At this stage, however, you should know that it has Trusted Platform Module (TPM), a special chip that adds security features. In the box is a power supply and a Quick Start Guide. I’ve had a few brand-new laptops over the past decade, and I can’t remember that last time I saw such a guide, so this is a welcome inclusion from Purism.

Registered as a Social Purpose Corporation, Purism was founded by Todd Weaver in 2014 and manufacturers devices with a focus on three important values:

Purism declares that “profit maximization is not the purpose” of its business, but that it cannot have charitable status due to selling hardware and maintaining lines of credit.

To find out more, Purism has published the relevant sections of its Articles of Incorporation. You might be interested in statements such as “The Corporation will only use and distribute free/libre and open source software” and “respects users’ rights to privacy, security, and freedom.”

The Librem 13 laptop is one of several Purism devices designed to this end. They rely on trusted hardware and run without proprietary firmware and drivers. For example, the Librem 13 uses the Coreboot firmware, in place of the Intel Management Engine. It’s basically a lightweight, secure BIOS, the implications of which are outlined on the Purism website.

Staying secure online, and safeguarding your privacy, has become as important as ensuring you have the latest device and the fastest internet.

Over recent years, an increasing amount of responsibility for online security has been placed your hands. Beyond the comparatively basic implementations of the latest wireless networking standards, it’s left to you and your operating system to make your PC or laptop secure.

Along with antivirus software, there’s the option of keeping your connection secure with a VPN and employing a set of habits to ensure you stay safe online.

But that doesn’t have to be where it ends.

Purism’s website describes the Librem 13 as “The first 13-inch ultraportable designed to protect your digital life”. But what does that mean, and how does the laptop live up to it?

This is demonstrated in several ways. Most obvious are the kill switches, mounted on the left side of the notebook, next to the audio port. The two switches are for radio (wireless and Bluetooth) and the webcam and built-in mic. All you need to do is ensure these switches are set to off if you’re not using those features.

Another key security feature is the browser, PureBrowser, which is based on Mozilla Firefox.

Underlying all of this is TPM. The Trusted Platform Module is a chip on the Librem 13 motherboard that helps to integrate various features on the computer. These include GPG encryption, tamper detection, and the kill switches.

Like Ubuntu, PureOS is based on Debian and features the GNOME 3 desktop. However, PureOS is quite different from Ubuntu. While it might look the same, under the hood it’s a bit different.

For example, if you fancied running some games on the Librem 13, you wouldn’t be able to grab them from Steam. The digital distribution service has a Linux version, but it won’t run on PureOS due to the unavailability of some packages. On the other hand, this isn’t a gaming laptop, so that might not kill the deal for you. After all, you could install a different operating system.

While PureOS comes pre-installed on the Librem 13, you can install a whole new Linux operating system. This might be using the entire disk, or dual booting from two partitions. There’s also the option to dual boot using a secondary drive, such as the M.2 disk.

Purism tell us they encrypt the root and swap partitions on the HDD, leaving the /boot partition unencrypted for dual booting.

Better still, if you opted to reinstall PureOS, the default settings re-enable encryption on the root and swap partitions, so no additional configuration is required.

In general, the choice is clear: PureOS for a more secure computing experience, or install a new distro for flexibility.

First use of PureOS requires you to set an encryption password. After this, you won’t be able to boot the laptop without the password, which is separate to the standard user account. This degree of security permeates throughout the Librem 13 experience.

The black anodized aluminum finish on the Librem 13 is cool to touch, giving the laptop a feeling of quality that matches the internals.

With the now-traditional ultraportable wedge shape, the Librem 13 is remarkably slim, measuring just 0.7-inch at the thick end of the wedge. It’s slim enough to fit into all but the most compact of tablet and laptop bags; along with the internals, this fulfills Purism’s description of the Librem 13 as “The Road Warrior.”

As beautiful as the body is, it really attracts finger grease. Within five minutes of opening the Librem 13, you could see exactly where my fingers had been; my palms, too. This is nothing new for anodized aluminum finishes, however, and can be dealt with using a damp, lint-free cloth. One of the key weaknesses of laptop computers—beyond the ease with which they can be stolen—is the hinge. If this goes wrong or breaks, the computer is pretty much useless. There are ways to prolong the life of a laptop hinge, such as opening with two hands, one at each corner, or top open slowly from the center of the lid.

Keeping these in mind, the Librem 13 has a “super sturdy hinge” which Purism claims keeps the laptop “shut when shut”. It also keeps the chosen screen angle, anywhere within a 130-degree arc.

Is the Keyboard Fit for Purpose?

When it comes to using the laptop, you’re first presented with a responsive keyboard, comfortable, with everything within easy reach. Sure, there’s no number pad, but the FN button can help there as the number pad keys have been replicated on the right of center of the keyboard.

I have quite large hands, but despite the size of the computer (noticeably smaller than my main notebook), the keyboard seemed to suit me perfectly. As with any keyboard it will take some getting used to, but I was up to my usual typing speed within a few minutes. This is always a good sign!

It should be noted, however, that there are no Caps Lock or Number Lock LEDs. This means if you’re typing in the wrong case, you’ll have to rely on what’s on screen to tell you. It’s not ideal. This isn’t to say there aren’t any LEDs on the keyboard, however. The Wi-Fi indicator, battery charging light, and the main power LED are found in the upper right.

The trackpad, meanwhile, isn’t as slick as some others (there’s no glass, for example), but it feels robust and clicks well. The trackpad and PureOS support various gestures, such as tapping two fingers to display the (right-click) context menu or dragging two fingers up and down to scroll.

A notebook computer can live or die based on the quality of the keyboard and touchpad. The Librem 13 passes with an above adequate touchpad and surprisingly comfortable keyboard.

What’s Inside the Librem 13?

Inside the anodized black shell you’ll find a powerful collection of hardware. The Skylake Intel Core i7 6500U processor is accompanied by 4GB of DDR4 RAM, with 120GB of storage. There’s the option of fast M.2 storage too, up to 2TB. M.2 is an SSD form factor that connects directly to the motherboard and offers enhanced storage speeds. On the left side you’ll find the radio and multimedia kill switches.

Using PureOS is straightforward. You’ll see the GNOME desktop when you log in, which is almost ubiquitous across Linux these days. A rectangle “super” key is labeled with a white rectangle, matching the Purism logo. It opens the overview, where open apps, the search box, dock, and additional desktops can all be accessed. New apps can be found via the Software tool, which lists applications, utilities, and games that can be run on PureOS. Installing software is easy: simply search, select, and click Install. It’s also possible to install software via the command line, as usual with Linux.

Built in software includes LibreOffice, ToDo, Kodi, a Document Viewer compatible with PDF, and PureBrowser. Rather than something new, it’s basically Mozilla Firefox with the HTTPS Everywhere and uBlock Origin extensions preinstalled.

It’s worth noting some sites won’t work by default in this browser. YouTube, for instance, won’t play videos without disabling uBlock Origin.

Battery Life: Can You Stay Secure on the Move?

Our review device was used regularly over a week, mainly for web browsing and word processing on the move. I’d say the battery life is in the stated area, perhaps a little less. It’s certainly good enough to not worry about three-hour trips to your favorite cafe without the mains adapter.

While it might need to chug along for intensive tasks, overall the Librem 13 is ideal for “road warrior” use.

Meanwhile, full disk encryption means that if the laptop is stolen while you’re out, no one can access your data.

It’s ultra-secure and ultraportable, lightweight, powerful, easy to use. Sure, there are a few grumbles if you want to use closed source software, but overall the Librem 13 is one of the sexiest laptops available.

Sexy AND running Linux? No, really. With a reliable, comfortable keyboard, stunning IPS display, responsive trackpad, a range of storage options and a frankly impressive battery, this is probably the best laptop I’ve ever used. It’s not a desktop replacement, it’s not a gaming laptop, but it is powerful enough to sit alongside a Dell XPS or MacBook Air and look like the best option.

Now, the security options might not be for you. You might like the look of the Librem 13 but not fancy Pure OS. That’s fine, as it can be replaced, although you’ll lose TPM support, and the kill switches won’t necessarily work.

From my point of view as a laptop user, Linux fan, and security writer, this is a superb machine that does pretty much everything I need, wherever I am.

When it comes to laptops, you can’t ask for more than that.

Read the full article: Librem 13: The Most Secure Laptop Yet

8 Fun Alexa Games You Can Play on an Amazon Echo

6 Important Factors to Consider When Choosing a...

How to Create Taskbar and Menu Entries for...

10 Lightest Linux Apps and Programs to...

How to Get Started Using Linux