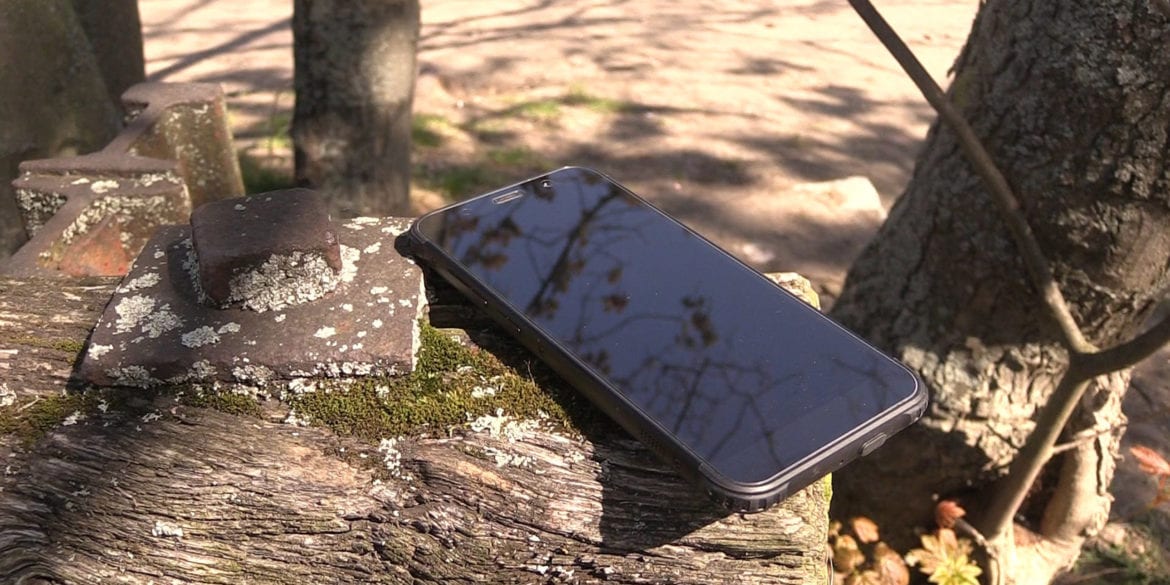 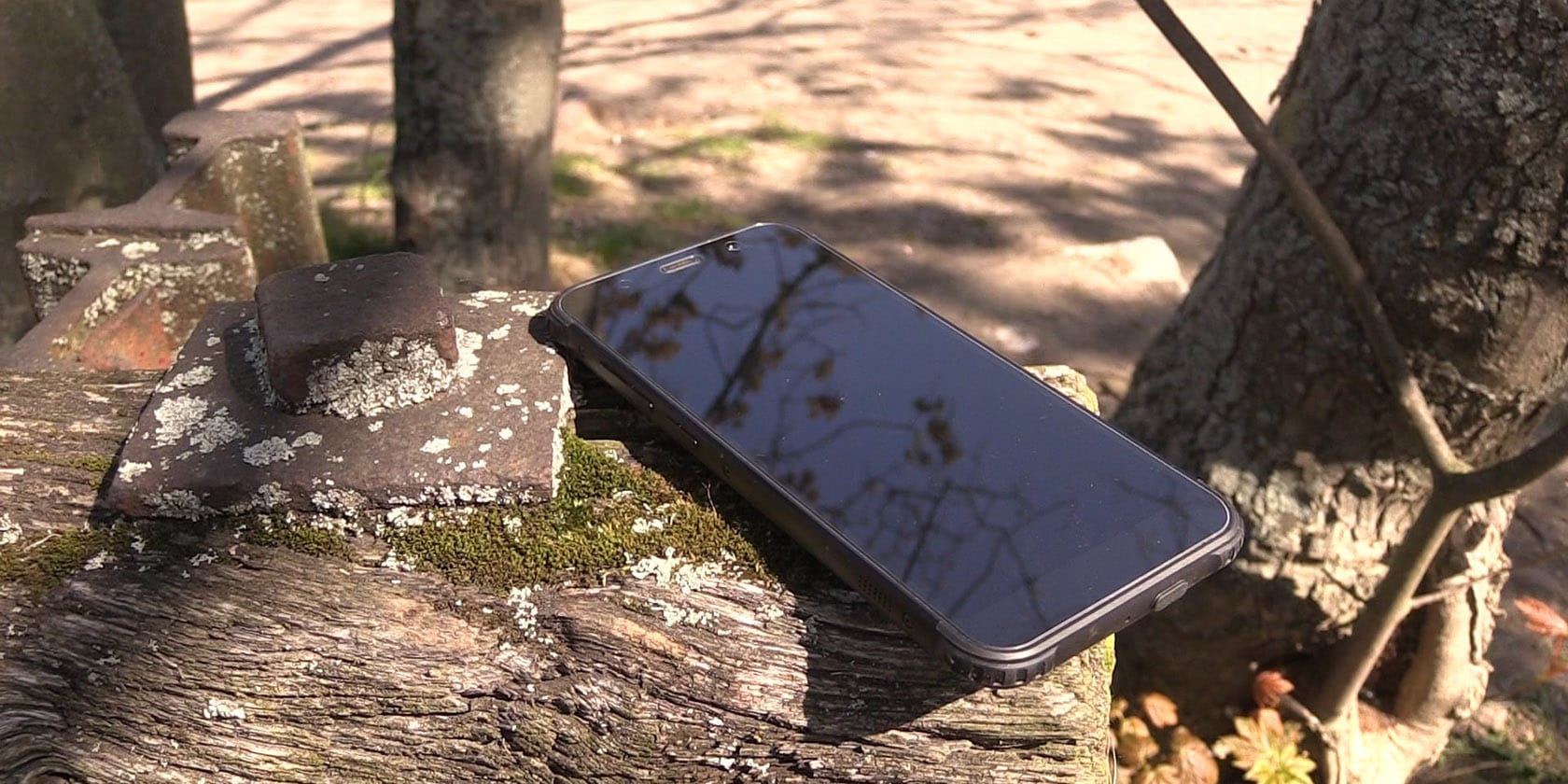 Our verdict of the AGM X3:
The AGM X3 is a rugged and waterproof phone that holds its own as a premium Android device. It takes a beating without breaking a sweat and performs better than any other rugged phone. The main downside is its price, which puts it in the firing line of name brand flagship phones.910

Budget Rugged Smartphones give a decent performance in a solid build, usually at a wallet-friendly price. But have you ever wondered what happens if you up the budget?

At $729.99 the AGM X3 is a premium rugged smartphone at a premium price, but is it worth the extra cash? On paper this phone competes with some brand name flagship handsets, and that kind of power in a tough shell is something rare. Today we’ll see if this phone is all hype, or a solid powerhouse.

Alongside the phone, the box contains a quick charger which connects to the phone via a 1 meter USB Type C (USB-C) cable and provides charging at 5 and 9 volts at two amps and 12 volts at 1.5 amps. The box also contains a USB-C to headphone jack, two rubber bungs to protect the phone’s USB port, a sim extraction tool, and a manual. Separate from the box we found a mystery object which looked somewhat like a protective case–which seems redundant on a rugged smartphone. This turned out to be a flotation case (which we’ll test later), an optional extra available from AGM.

The phone features an “Armoured Madman Design”, which means it has an IP68 rating and is yet another phone claiming the MIL-STD-810G military certification.

In short, it should be waterproof up to a depth of 1.5 meters for up to 30 minutes, can operate from -30 to 60 degrees Celsius (22-140 Fahrenheit. It should take a lot of punishment without suffering a loss of functionality.

How It Feels to Use Now that the specs are over let’s talk about what is actually important—how it feels in the hand. In use, the X3 feels like a premium phone. The FHD+ screen is bright and doesn’t have a notch. The bezels are small for a rugged phone, and it feels good to hold.

It is big, but given this is a rugged phone it felt much closer to a typical flagship smartphone than something designed to take a beating. It weighs just over 200 grams (7 ounces), which puts it only a few grams heavier than the OnePlus 6T or the Google Pixel 3 XL. That said, the slightly larger screen might be difficult for those with smaller hands to use one-handed.

The phone supports face unlock, which worked perfectly throughout our testing, and if you wear gloves a lot, there is a glove mode which works up to a certain thickness. This phone joins the many without a headphone jack—which I’m still totally not OK with—but in rugged phones this is forgivable. Fewer ports mean fewer points of failure, and the provided USB to 3.5mm converter works fine.

The phone feels great, but aesthetics are a little more subjective. I found the silver metal back and black sides to be clean, understated, and stylish. If it wasn’t for the hardened rubber on the corners, I could forget this is meant to be a rugged smartphone at all. Given that the X3 has a Snapdragon 845 octa-core chipset, the current fastest in production phones, the device flies along. I tested the version with 8GB of RAM and noticed no slowdown at any point.

Games like Need for Speed and PUBG worked on the highest settings without issue. Geekbench scored the multi-core at 8670—that’s up there with the Galaxy Note 9, OnePlus 6T, and higher than the Google Pixel 3.

In terms of battery management, I used the standard settings the X3 ships with. The battery got me through my day with regular usage and much of the night, despite my propensity to watch videos before bed. In a Geekbench battery test, the x3 scored 5182.

For a high-performance rugged smartphone with a large display, it is impressive, especially at just 10.5mm thick. The AI-powered dual back cameras are great for taking point and click photos, and I found that I got decent pictures in a variety of light settings. The all-important Bokeh mode works well, providing good images, and is quite forgiving about the subject distance. The front-facing selfie camera takes good pictures, with or without “face beauty,” but that’s about all it does.

This phone isn’t going to be going toe to toe with flagship camera-oriented handsets. It doesn’t even compete particularly well with other phones in this price range like the OnePlus 6T.

That said, it doesn’t have to. Good photos in places you’d usually be scared to take a phone are likely more appropriate to this phone’s target audience.

The speakers on this phone are the best speakers I have heard on any smartphone. Even at loud volumes, they don’t distort, and the onboard smart PA chip adjusts the mix to stop things getting shrill. Of course, even a cheap Bluetooth speaker will blow any phone out of the water, but the dual JBL tuned speakers are above and beyond most smartphones and tablets.

Speaking of water, perhaps the most important question:

Is the AGM X3 Actually Waterproof? The X3 has an IP68 rating, which means it is happy underwater up to 1,5m deep for up to half an hour – but this doesn’t help much if you drop it in a lake, or the sea. This is where the tailor-made floatation device comes in so handy.

Floatation aids for phones are not new, but this is designed to clip to it without obscuring any buttons, the speakers, or the camera. This completely wipes clear one of the most significant flaws of all waterproof phones—if it drops in deep water, it isn’t just gone. Note that you’ll likely have to buy this separate from the phone, but if you are frequently near or on water it’s a no brainer.

However, the waterproofing does have one small quirk. The tiny rubber bung that covers the USB port truly is tiny, and possibly the most easily misplaced item I’ve ever come across in tech. I understand aesthetics were important here, but attaching it to the phone may have been a better option.

Some other phones don’t bother with covers for their charging ports at all. This does beg the question—what are other phones doing to protect their connectors in the long term?

Can It Take a Beating? AGM is yet another company to claim MIL-STD-810G military certification. The military does not certify consumer phones, but it does sound fancy.

I hate breaking tech, but this is a rugged phone, so we’ve got to mistreat it to see if it holds up to it’s claimed toughness.

I dropped the X3 on to asphalt a total of 6 times from 1 meter up to 3 meters, and it just didn’t care. Despite the phone having a flat front and mostly flat back, the rubber corners protected it at all angles. The back and sides are “military grade metal” whatever that means, and the phone’s innards are sprung to resist shock damage.

Whatever they’ve done, this phone, surprisingly, feels as tough as they are claiming.

I used it for over two weeks every day, and I treated it in a most terrible manner. It was dropped many more times (not on purpose), thrown in a lake, left in dust, dirt, and face down on floors. Perhaps the worst crime: the X3 was in the same pocket as my keys for the entire test.

Should You Buy The AGM X3?

I came into this review skeptical. My first impressions weren’t actually so great. I’d heard of AGM before but wasn’t really expecting anything from the name, and with so many exciting things happening with Android devices now I wasn’t expecting much.

I have been won over in every respect—this is truly a premium rugged smartphone.

Premium comes at a price, and that may be one of the phone’s significant issues. The 8GB of RAM, 64GB storage version is available from AGM for $729.99, which is high for a relatively unknown Chinese brand. Given the number of popular phones with similar performance specs at this price, it may seem quite a gamble, especially when there are budget rugged Android phones, also from China, for less than half the amount.

However, none of them offer what the X3 does. This is the first rugged phone I’ve mistaken for a regular smartphone.

If you are looking for a premium quality Android phone which will take whatever abuse you can throw at it, I can’t think of anything available that can beat the AGM X3

Google Messages vs. Samsung Messages: Which Is the...

Motorola Ready For: How to Connect Your Phone...

How to Upgrade the Microsoft Surface Duo...