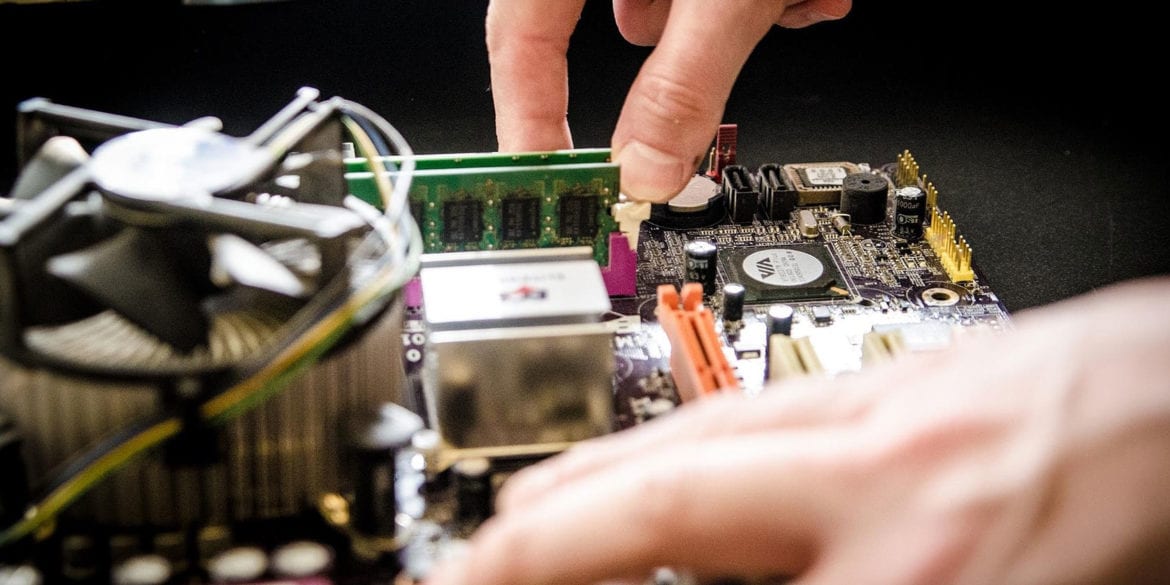 How to Pick the Right Components for Building Your Next PC 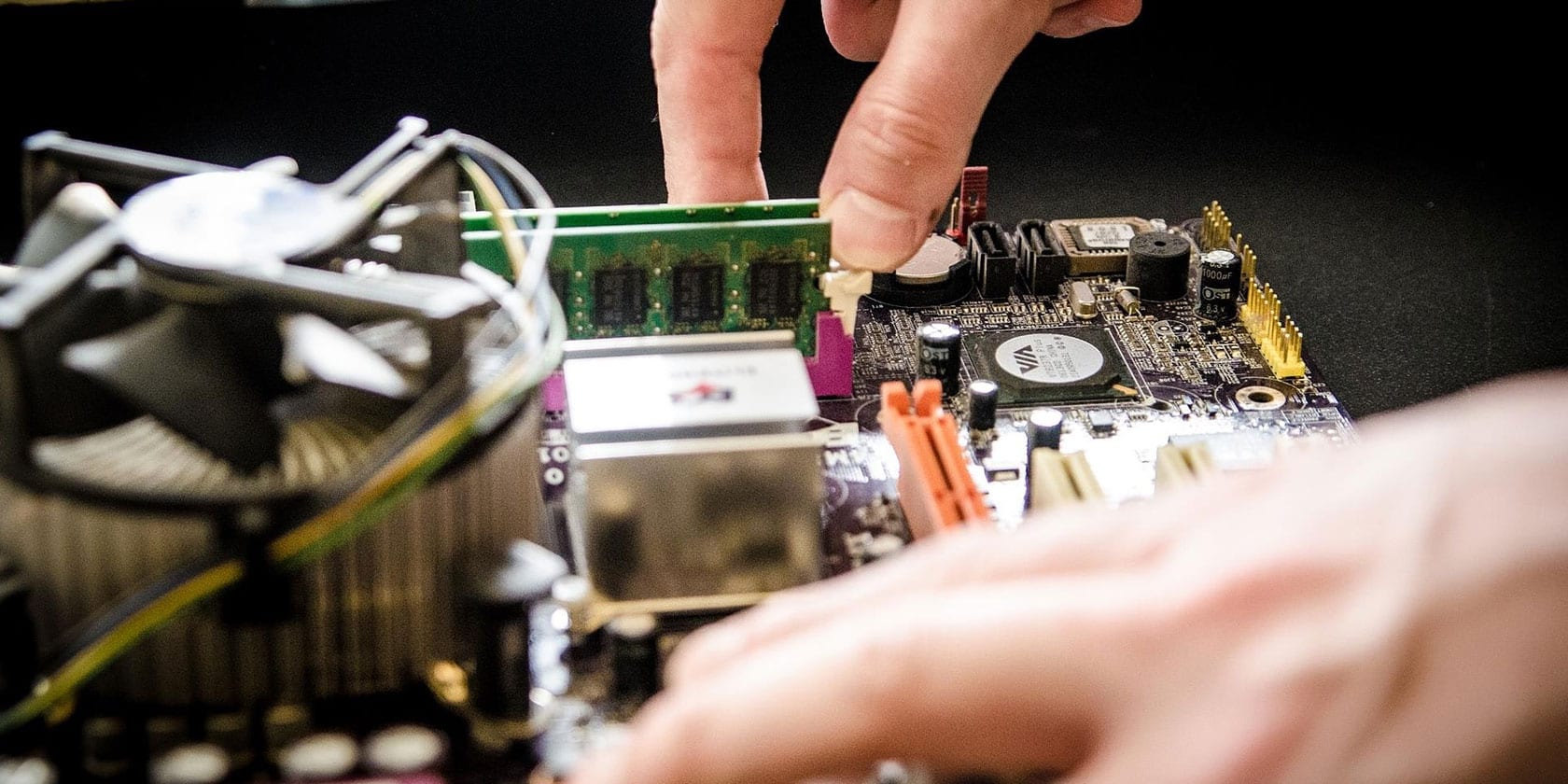 When you’re selecting parts to build a PC, an important concept to be aware of is balance. You need your components to be appropriately powerful for whatever use you intend your PC for.

What Is a Balanced Build? A balanced build is one in which all the different components are of a comparable level. In a balanced build, your system won’t be harshly bottlenecked by one lagging component, so you get the most performance for your money.

For example, you wouldn’t want to have a low-wattage power supply if you plan on using a pair of super powerful graphics cards. In this case, the graphics cards won’t get enough power and you won’t get the most use out of them.

Similarly, if you have an ancient motherboard and processor, then there’s no point in buying more RAM and hoping it will make your system run faster.

Selecting the Right Components for Your Needs

When it comes to choosing your parts, which components will be most important for you depends on what purpose you’ll be using your PC for.

For gamers, the most important component in a PC is the graphics card. The higher settings you want to use on your games, the more powerful your GPU will need to be.

Depending on the types of games you play, you will likely need a solid CPU as well. This is particularly important for calculation-heavy games like Civilization, Grand Theft Auto, or Cities: Skylines.

You will also want plenty of hard drive space to store all your games. If you are flush with cash, you can buy a large capacity SSD for super fast loading times. But if you want to keep to a lower budget, get a smaller SSD for your operating system and a larger HDD for your games.

However, a gaming PC doesn’t have to be expensive. If you play resource-light games like Fortnite or PUBG and you’re willing to compromise on graphics settings, you can build a cheap gaming PC for well under $1000.

If you edit videos frequently, for example because you’re a YouTube content creator, then your build will need plenty of RAM. When you edit a video file, your system needs space to hold the file in memory as you work on it, and that is what RAM does.

Unlike gamers who can get away with 8GB of RAM in most cases, content creators will want 16GB, 32GB, or even 64GB of RAM. This will make editing video files go more smoothly.

On the other hand, if your priority is rendering videos quickly, you’ll need to spend more on the processor and graphics card.

You’ll also need a large hard drive to store your media. If you can afford an SSD that would be ideal, but generally that will be too expensive so you’re better off with a 1TB HDD instead.

Graphic designers and photo editors will want plenty of RAM too. Editing images doesn’t require as much RAM as editing video, but if you’re working with high resolution images or large batches of images then you’ll benefit from more RAM as well.

If you plan to use your PC for work and for common productivity tasks, then you won’t need an expensive graphics card, a large hard drive, or a huge amount of RAM. Instead, what you should focus on is getting the best processor you can afford.

The processor is the limiting factor for more software applications, especially if you multitask a lot. Having a better processor will make your applications open faster in many instances.

In addition, getting a good processor means you won’t need to upgrade your system so often. If, later down the line, you decide you want to upgrade your graphics card or RAM, you can easily do so without replacing your processor or motherboard.

If you’re building a PC to act as a media center for your living room, your requirements will be quite different. First and foremost, you won’t need a powerful CPU or graphics card unless you’re planning to use the media center PC for gaming. You can get away with using cheaper, lower-end components. You will need a large capacity hard drive to store your files but a HDD will do just fine, rather than a SSD.

However, you may want the media center to be compact, so in that case you’ll need a smaller case and compatible, low-profile components. Some coolers, for example, are too wide to fit inside smaller cases.

Another big factor in building a media center PC is how much noise it generates. It’s pretty annoying when you’re trying to watch a movie and you’re distracted by loud, whining fans.

To keep your media center quiet, look for quiet fans. These will spin at a lower rate, producing less noise. Alternatively, you can manually set your fans to spin at a lower rate to keep them quiet. To learn more, check out our advice on how to get your PC fans running cool and quiet. You can also mount the hard drive with rubber grommets to minimize noise from it spinning.

You might consider building a small PC for a couple of reasons. Firstly, perhaps you have limited desk space and you want a PC with a small footprint. Secondly, you might want a more portable PC if you attend LAN events regularly.

Finally, sometimes you or a family member just needs a simple machine for basic tasks, and you can build something that is compact and cheaper than a full-size case.

For this type of project, you’ll want to choose a motherboard that is either Micro-ATX vs Mini-ITX. Micro-ATX is small, but Mini-ITX is even smaller. You can select the right format by first choosing the case you want, then picking the largest motherboard size that will fit inside. Once again, you’ll need a low profile cooler.

You will likely also need a smaller graphics card. Fortunately, today many graphics card manufacturers produce versions of graphics cards which have all the same power as a larger card, but in a miniature form. To really save space, you can try an M.2 drive for your storage instead of a HDD or SSD.

Finally, don’t forget that airflow and cooling will be more of an issue in smaller builds as there is less space for air to move between components. Make sure you have enough fans in your build and keep an eye on the temperatures inside your PC to make sure it doesn’t overheat.

To learn more about smaller builds, check out our guide on how to build a small PC.

Choose Components Based on Your PC Requirements

The great thing about building your own PC is that you can configure it to meet your specific needs. These tips will help you make good component choices to get the best performance for whatever particular tasks you’ll be using your machine for.

Once you’ve selected your components, head over to our how to build your own PC guide for information about putting your system together.

Read the full article: How to Pick the Right Components for Building Your Next PC

How to Copy and Paste on a Mac

Can You Use a Raspberry Pi to Mine...

5 Signs and Symptoms That Your RAM Is...

How Does GrubHub Work for Customers, Drivers, and...

How to Record, Edit, and Promote Your Own...

Laptop Is Plugged In but Not Charging?...

What’s the Difference Between Podcasts and Audiobooks?