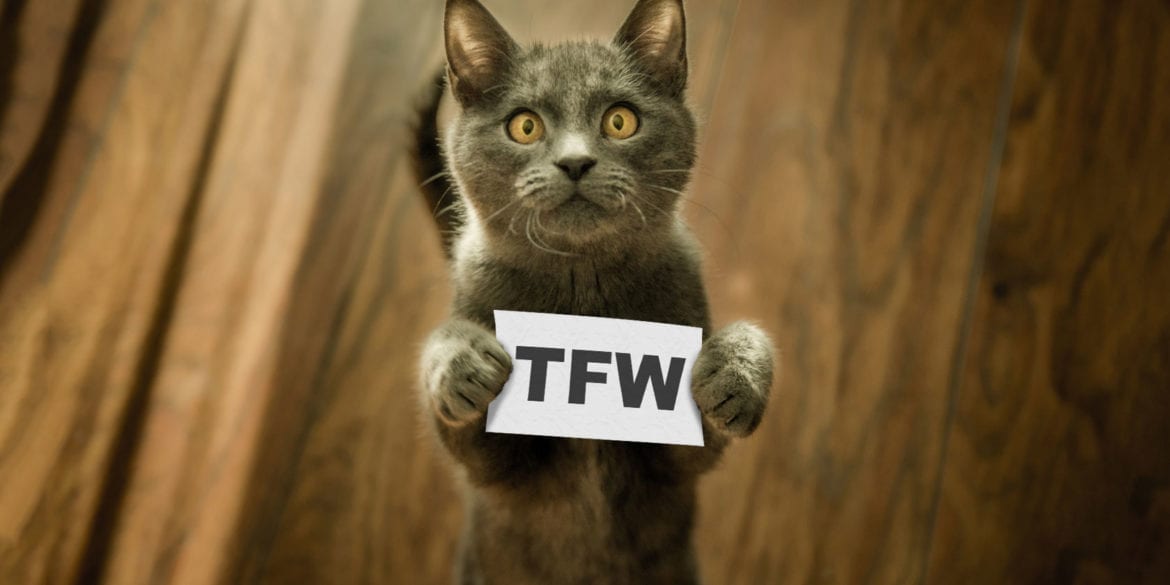 What Does TFW Mean? The TFW Acronym Explained 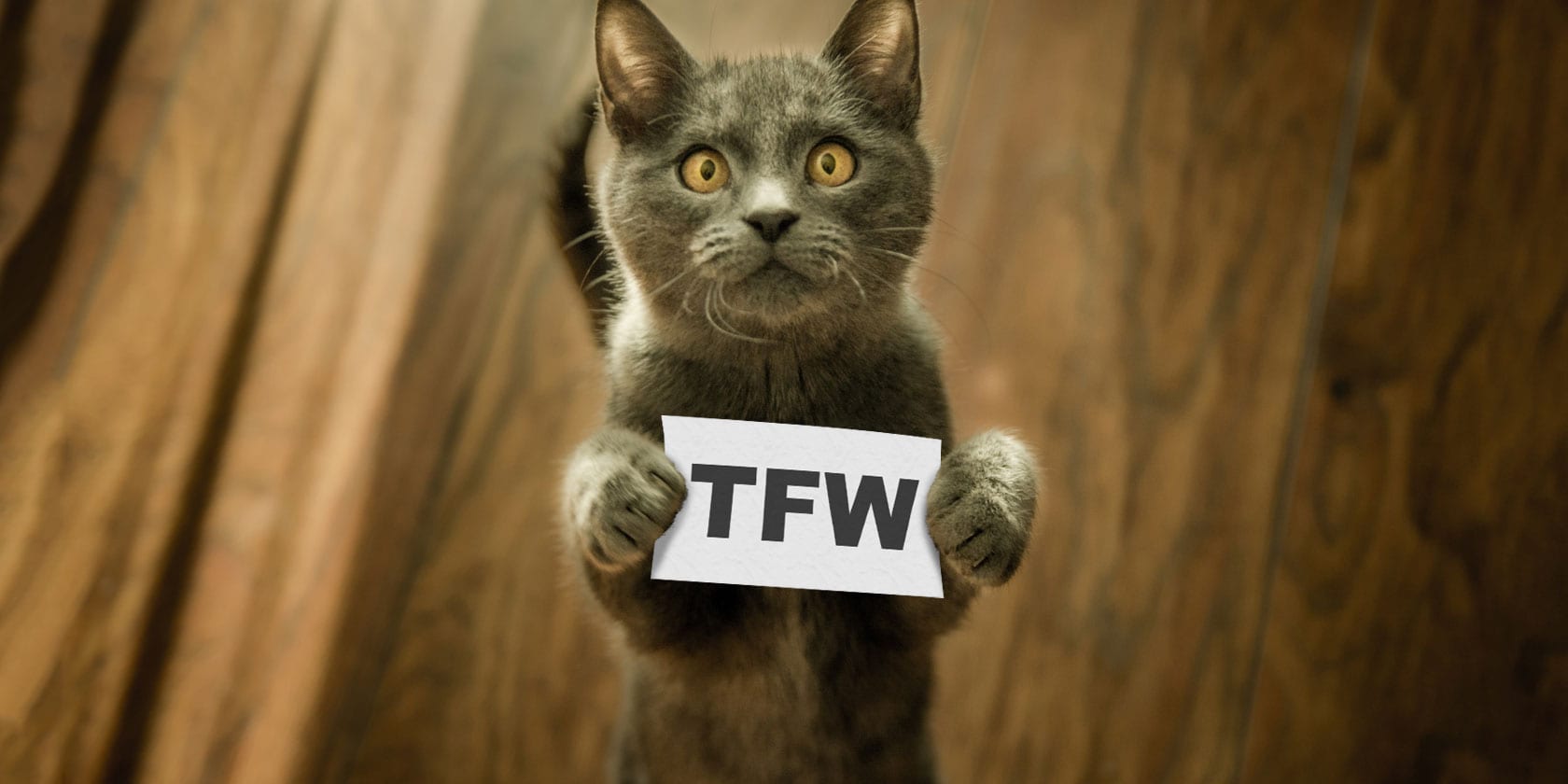 If you’ve been on social media or an internet message board in the last decade, chances are you’ve come across the acronym TFW. You may have seen it alongside a weird picture or attached to a funny anecdote. But what does TFW mean?

We’re here to tell you everything you need to know about TFW. TFW is short for “that feel when.” It’s an internet term that lets the user frame a particular experience via the feelings they have when it happens.

Depending on who’s posting it, TFW can also mean “that feeling when” or “the face when.” These variations are similar to each other, though “that feel when” is the most commonly seen one in internet conversations.

The phrase or acronym is normally followed by a phrase describing the experience. Sometimes, it can also have an accompanying image depending on how it’s posted. You use TFW to describe an experience that you want the reader to relate to. Here are a couple of simple examples of TFW:

Since its inception, the use of TFW has evolved. While the above examples refer to pretty mundane situations, many people also use it to refer to extremely specific circumstances for comedic effect. For example:

tfw you’re the pope and you start listening to drake pic.twitter.com/iLLiYUINye

Another typical use of TFW is to convey a painfully relatable experience. These uses can often be funny in a sad, ironic way.

Some statements related to TFW are separate memes themselves. The term “tfw no gf” is short for “that feel when no girlfriend.” It refers specifically to the experience of not having a girlfriend and is normally accompanied by the image of a person that is sad or crying.

Over time, many people on Twitter and Reddit have opted to cut out the first two words entirely. You can use “when you” to frame your statement in exactly the same way as TFW. For example, you can say “when your 30-page paper is due in an hour and you’ve finished 3 pages.”

The History of TFW TFW is believed to have originated alongside the “I Know That Feel Bro” meme. This is an image that originated from 4chan over a decade ago, depicting two “bros” hugging each other. It was used as a reaction to display solidarity with the experiences of another poster.

The drawing that is depicted above was frequently used in various threads as a response when someone conveyed a sad incident. These threads would normally start with “TFW.”

TFW likely became even more popular because of the rise of Twitter. At the time, Twitter still had a 140 character limit, which made abbreviations and acronyms widespread on the site.

Since then, TFW and I Know That Feel Bro have had multiple spin-offs and derivatives that have also become ubiquitous in internet culture.

The “that feeling when” meme isn’t the only internet term that lets you frame your reaction to some specific experience. Over the years, more and more terms and acronyms have popped up on various places on the internet. Here are several terms that are in the same wheelhouse as TFW.

Also, they don’t have similar meanings, but “FTW” and “WTF” have the same letters and are both widespread internet acronyms. FTW means “for the win” and is a term that originated from gaming. On the other hand, WTF means “what the f***,” a common swearing phrase used in reaction to something unexpected.

TFW You’re at the End of the Article

Unlike many internet slang terms that were popular nearly a decade ago, TFW endures and is still in widespread use today. If you’re interested in learning about the meanings of other popular internet slang terms, here are some of the trendiest ones you need to know in 2019.

One of the sites where these terms are commonly used is Reddit. If you’re unfamiliar with the site or just starting out, check out the best Reddit apps and sites for beginners.

Read the full article: What Does TFW Mean? The TFW Acronym Explained

3 Shocking Reasons to Use PirateBrowser in Your Country

The 5 Best Blog Sites Other Than...