Home Adult Tech What Is Low-Code and How Does It Work? 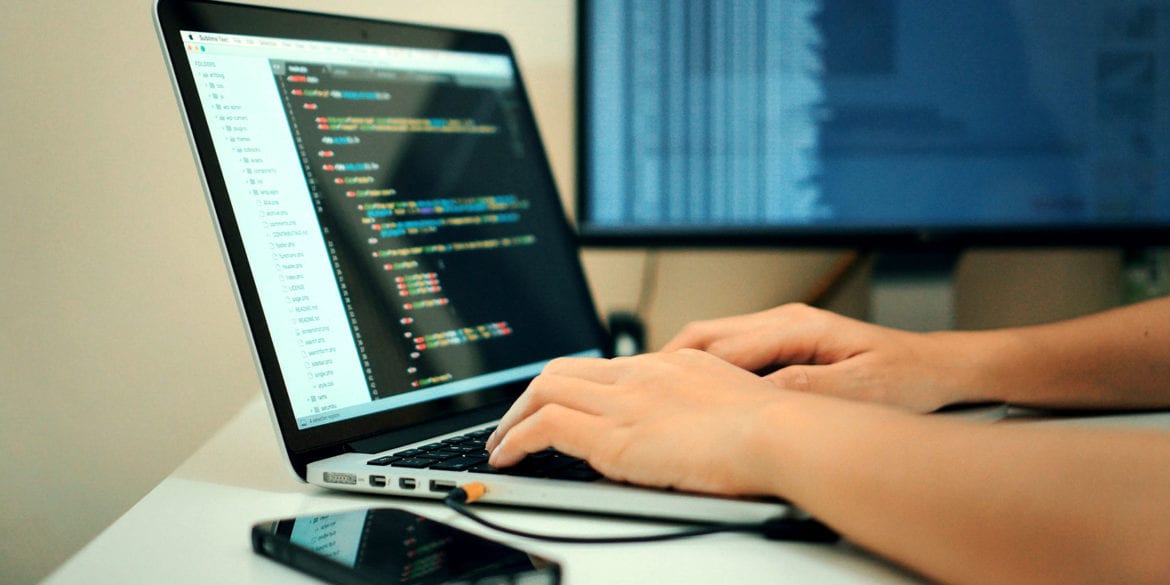 What Is Low-Code and How Does It Work? 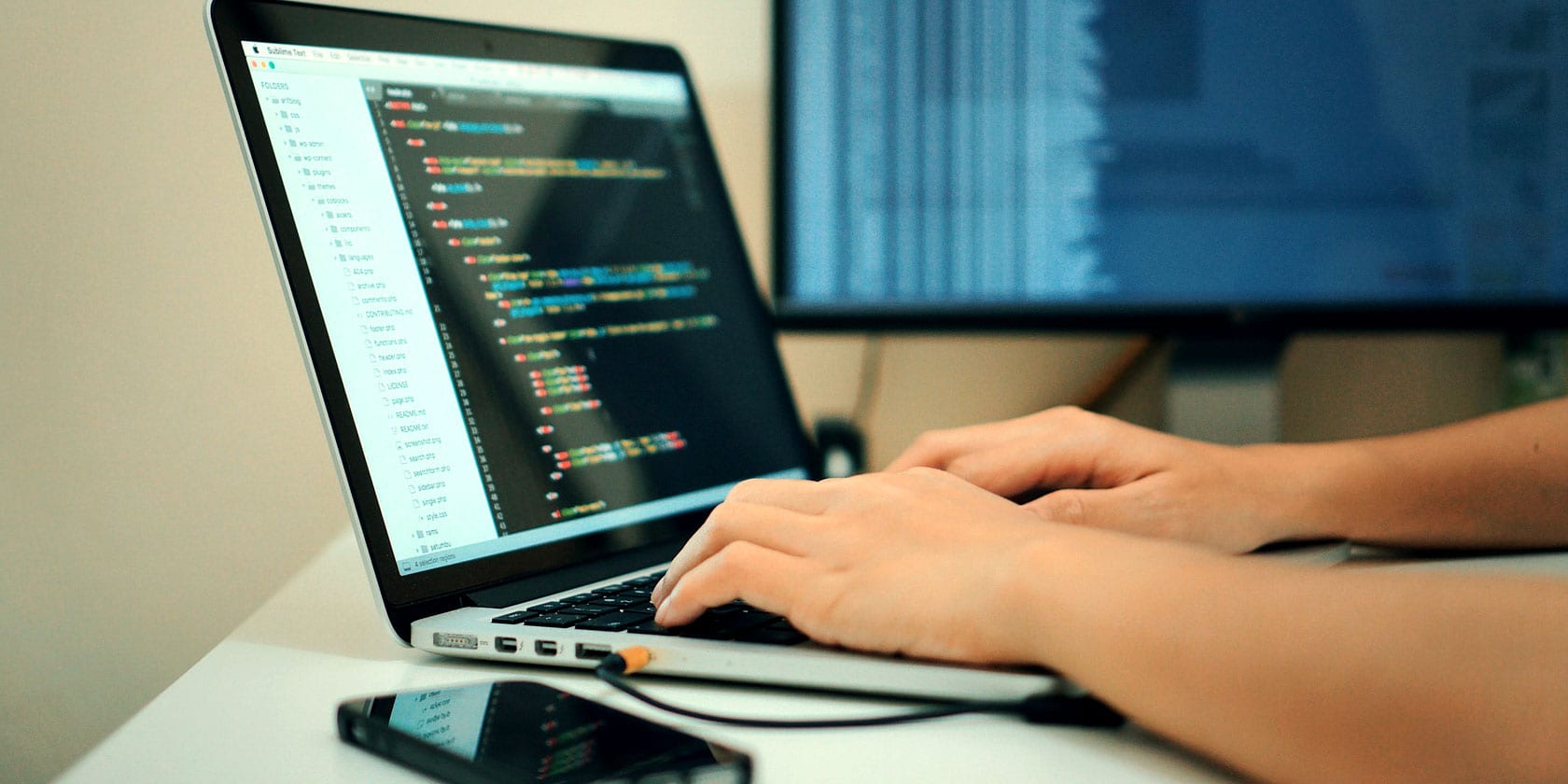 The barrier of entry to make apps and websites has lowered, and people with less programming skill can now develop software. What changed?

Low-code design tools allow people to create complex programs with less coding experience. Today you’ll learn what low-code is, how it works, and whether you should use it for your projects.

Low-code is a language or environment that helps those with little coding experience to create and develop software. Rather than complex back-end code and libraries, low-code uses visual templates and drag-and-drop frameworks which open up development to non-software developers.

For a simple metaphor: Flat-pack furniture removes the need for the tools and knowledge required to build furniture from scratch. Instead, it uses prepared parts, designed to work with simple tools and clear instructions.

Low-code does the same for software development.

Why Is Low-Code Important?

Creating a piece of software requires careful design. A program needs to work well for users and developers alike, and applications are constantly changing. Alongside adding new features to a platform, everything else must remain updated and compatible to provide a good experience for users.

Updating and changing software is often an arduous process. Ideas and designs must pass through an IT department already tasked with upkeep of the software, and progress can be slow. Most software uses similar patterns, and creating them from scratch for every project wastes a lot of time.

Using low-code can solve some of these problems. Anything that updates often can operate on low-code principles. A good layer of low-code actions can allow non-developers to update existing code without the risk of breaking anything and without too much prior knowledge.

While low-code is a term that has cropped up more in recent years, it has been around for longer than you’d think.

Most companies that use custom software have incorporated some form of low-code or even no-code layers into their operations. Everything from simple inventory management to front-end design for customer service is improved by low-code.

Low-code is a more common term now. Frameworks have appeared that allow small businesses and lone traders to create low-code platforms to help with their daily tasks. Similarly, low-code can allow less experienced entrepreneurs to develop simple apps alone without needing to hire an IT department.

If you’ve seen the term low-code, you’ve probably also seen no-code. Perhaps unsurprisingly, the difference lies in how much code the user must know to use each.

Low-code requires users to familiarize themselves with a small amount of code and fit it together, so it works with the greater code-base underneath. While not an entirely accurate comparison, you can think of this like performing mathematical operations on cells in Microsoft Excel.

No-code completely removes the need for code and is a purely visual, user interface-based form of code and design. Website builders like Squarespace are a perfect example of this type of platform.

How Much Code Do I Need to Know?

Different low-code frameworks provide different levels of abstraction. A common way to utilize low-code is to use a framework that provides a database and authentication service for user data. This saves having to understand how to set up a REST API from scratch.

The designer will only need to create a user page using HTML and CSS and connect it to the low-code service provider of their choice.

Other custom low-code implementations may provide an almost visual design tool for creating systems within your app. These tools typically feature items you can drag and drop, and connect to create actions expressed in code behind the scenes.

A well-known example of a low-code platform is Google’s App Creator. While you will still need to understand enough HTML and CSS to customize your app, the platform handles most other aspects for you. A visual drag-and-drop designer replaces traditional development.

App Creator doesn’t only help with designing and creating apps. It also provides analytical tools to help monitor their use and manage administrative rights.

Typically, tools like App Creator are used to create internal systems for businesses and to link existing apps like employee information and calendar entries.

OutSystems provides the same service as App Creator, but is a little more mature. Designed for enterprise use, it too boasts a drag-and-drop creation tool.

Rather than focusing purely on giving a front-end user interface design tool, or taking care of back-end database and data manipulation tasks, OutSystems claims to be an all-in-one solution.

This means that if you wanted to design an app that required a front-end for the public and your company, along with a robust back-end database, you could do much of the work without needing to code it yourself. This would free up time and resources to employ software developers and designers for the critical parts of your project.

Is Low-Code Right for Me? Should I Use It?

Using low-code can future-proof your project. Incorporating a pre-existing framework can make your life easier, even if you are a solo developer.

That said, no-code platforms are improving all the time, and many believe they will supersede low-code in time. On top of this, if you are already a software developer and understand your programs inside-out, why bother? It would be an extra layer of extraction you may never need.

Is This the End of Coding?

It might be easy to get caught up in the hype of low-code and no-code and think they make traditional developer roles are less important. However, nothing could be further from the truth. The demand for developers has never been higher.

Low-code isn’t always beginner-friendly, and many tools aim to make life easier for seasoned developers. This means while they can save time, they aren’t always easier to understand. For some non-developers, low-code won’t help at all.

At its core, the concept of low-code is to help development, not replace developers.

The Future of Coding and Programming

But while low-code is a great tool to help with development, there has still never been a better time to teach yourself how to code. Check out the best YouTube channels to help you learn programming if you’d like to try it yourself.

Read the full article: What Is Low-Code and How Does It Work?

Fecal transplants to help save koalas

How to Get Started With Python Using a...

How Deep Learning Super Sampling Can Give Budget...

How Will the Fourth Industrial Revolution Change Your...

What Are Hard Forks vs. Soft Forks...

The 9 Best Free Code Editors for...