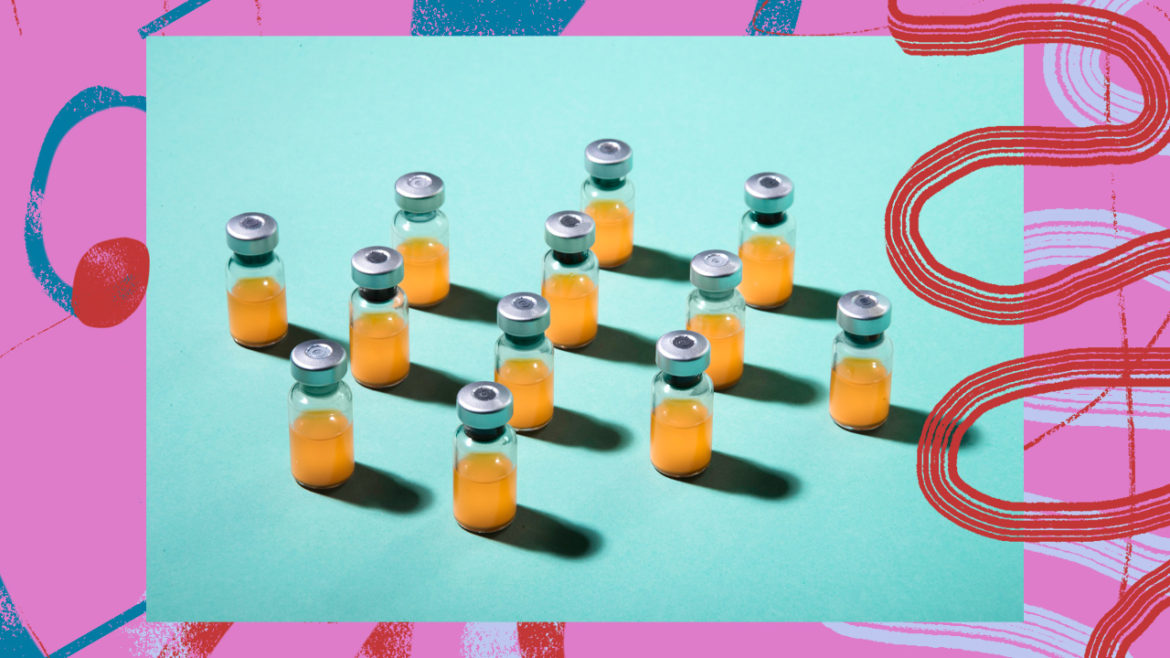 Three years ago, one of my coworkers told me about how her best friend had been donating her eggs to a fertility company for extra cash. My colleague said her pal was compensated about $5,000 each time and I was like, “Are you dumb? Why aren’t we doing this?” But it wasn’t quite that simple.

At the time, I had a steady job in customer service but I was still living precariously with my credit card debt and student loan repayments. In the gig economy, it seemed like a sweet deal, and I was the perfect candidate for egg donation: I was in my early 20s, healthy and willing to do it.

Since then, I’ve gone through the process five times—the medical testing, the fertility drugs, the early morning cycle-monitoring appointments and the painful daily injections that all culminate in a surgical egg retrieval procedure—and, yes, I might even do it again. But it’s not for the faint of heart.

Because besides the physical ordeal I put my body through, this experience has also brought up many ethical questions for me—particularly as a queer Black woman.

Being picked from a catalogue doesn’t feel great

Firstly, the online questionnaires that you have to fill out for egg donation services are intense. Besides the medical background questions that you would expect, such as your health history and genetic diseases in your family, the personal questions were on the level of an OkCupid profile. They ask your favourite colour, holiday, food, music and movie. Your philosophy of life. If you have any artistic and athletic talents. Your physical characteristics, of course. But they also want to know about your education and current salary, tattoos, piercings and sexual orientation. One of the most unsettling questions was about history of sexual abuse. The whole application process was a weird experience, and although I didn’t lie about anything, I was giving them the most sanitized version of myself. Even the photo I chose was one where I looked uncharacteristically happy and cute. I just think, if these parents met me in person, they would definitely *not* want my eggs. I’m very political, I walk around in combat boots, and people have told me I have an energy they wouldn’t want to mess with.

And you have to deal with the “designer baby” dilemma

You really feel like you’re marketing yourself when you create this profile that potential recipients are looking at, and you’re complicit in this concept of being able to “design” your future baby.

In theory, there’s a demand for egg donors of every ethnicity, but I’ve also noticed a significant divide between the women I know who’ve applied in terms of who’s actually called back. I have light-skinned friends who put up profiles and were contacted almost immediately, whereas my darker-skinned friends never received any interest. There is a sense of who is the most palatable version of a Black woman and it feels insidious.

And while the potential recipients know every single detail about you, you actually find out very little about them. The only screening you get is to exclude a few categories of potential donors including same-sex couples, interracial couples or singles—which also feels very discriminatory and hurtful to me as a queer woman. I found out that one of the couples I donated to was a male homosexual couple, and the donation service actually asked me if I was OK with that—they felt compelled to give donors an opportunity to not let their children be raised by queer couples.

Although I’ve been open to all potential recipients, I’ve recently struggled with the ethical ramifications of potentially donating to a non-Black family, after a friend of mine brought it up. It’s one of the things that has freaked me out the most and given me pause about this whole process.

I am a Black woman who grew up with Black parents, but I have friends who are either mixed and raised by their white family, or Black and were adopted by white families. What they’ve shared of their experience makes me concerned about the potential for psychological trauma when you’re a Black person raised in a family that does not understand your experience of oppression; something that I would never want children to experience.

Having donated so many times, I’m now stressed that I haven’t thought about this until recently. I’ve tried to look back on this and tell myself that it’s always been Black parents who have wanted to raise Black children, which would make the most sense. Because it would be unusual to be a parent who wants a Black child even though they’re not Black. I would find that problematic.

As much as anyone can be well-intentioned (and I’m sure most people have good intentions), I also think that unless you’re making a very concerted effort to make sure your child has adult support systems outside of you that include Black people who understand the Black experience, your child will grow up to be super isolated. Because you just fundamentally have different experiences. Even though I have parents who were very Black-positive and Black-power; who gave me cards of influential Black Canadians, African Americans and West Indians and who filled my house with African art—I grew up with so much internalized anti-Blackness that I’m *still* working through. My parents did so much work to affirm me, and I still have so much stuff that I’m unpacking. Black parents know that they need to affirm their children in that way. I don’t think white parents truly understand what that means.

Regardless of what’s sold to you as a “public good,” I feel that it’s really important for egg donors to be able to advocate for themselves. Canadian donors are only compensated for their expenses related to the process including travel, counselling, legal services and loss of work-related income, but it is actually illegal to explicitly pay donors for their time and efforts—which many advocates, including myself, think is bullshit.

The sacrifices that donors make, including the physical and psychological stress, should not be taken lightly. And while there are altruistic reasons for wanting to be an egg donor, I wouldn’t have done this if I didn’t need the money. The side-effects of egg-retrieval treatment I experienced were weight gain, headaches, nausea, mood swings and my ovaries swelling to the size of grapefruits. The toll that the massive amounts of drugs and hormones you have to take is real, and that’s why women in less-regulated countries like the U.S. are paid up to $50,000 per cycle to donate. People deserve straight-up compensation for doing this.

In fact, in Canada, you’re only allowed to donate up to six times, because of the potential long-term health impacts of the fertility drugs, including heart failure and certain cancers. There’s also a chance that during the fertility treatment itself you’ll suffer a reaction to the injections known as ovarian hyperstimulation syndrome, which can be fatal in extreme cases.

The lack of standardized care among fertility clinics is another problem I experienced first hand. Some clinics made a concerted effort to hold my hand through the whole process; they explained all the nitty-gritty details to me, were militant about my diet and assigned me to the same nurse throughout the whole process who would follow up and look out for me. But at other clinics, I felt like I was just a number. In one case, the doctor didn’t even read my chart properly and prescribed me way too much medication, which caused me to feel hyper-stimulated and in significant pain for days after the donation.

But I have found meaning in all of this

Knowing couples who have struggled with infertility has made the decision easier for me. I saw what it was like for my older cousin and his wife who tried to conceive for half a decade before having success, and the joy that having a child brought them. Besides the financial stability that egg donation afforded me (including supporting me during a time of unemployment and giving me the capital to invest in training and equipment for a new career), it has given me a more virtuous purpose as well.

People often ask me if I feel responsible for these potential babies, and the answer is not now—but I know that could change over time. If the children do decide to reach out, which is an option for them after they turn 18, it would be more about allowing those children access to information than it would be about needing to develop a relationship or trying to parent them in any way.

I’m personally OK with that, which I guess is what makes me an ideal egg donor—I wouldn’t feel emotionally attached. This is, after all, what I signed up for. It’s also one of the reasons I refuse to ever tell my parents. I’m a first-born, first-generation child from an immigrant family, and as much as my parents have really chilled out over the last couple years as I’ve gotten older, I know that this is way too much for my mother to handle. I would never hear the end of it. I just feel like it would only disturb my peace by even bringing it up.

I’ve never wanted biological children of my own, although I’ve always been open to adopting or fostering a child because there are so many who need homes out there. But by donating my eggs, I can help people who are looking for a particular pathway to parenthood. I thought, I’m not using my eggs, I might as well donate them to someone who needs them.

As told to Claire Sibonney

The post I donated my eggs because I was sure I wouldn’t use them appeared first on Today’s Parent.

How you offer a bottle can be...