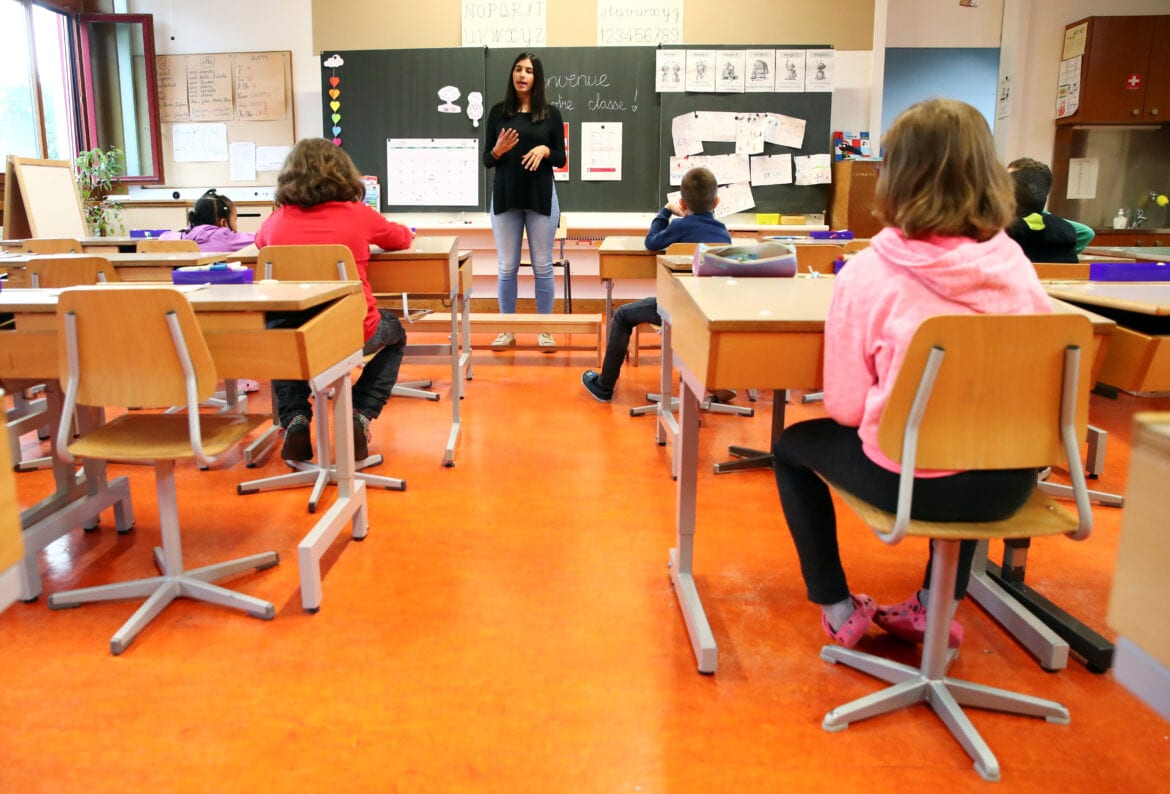 Schools across Canada are debating how to reopen safely in the fall, and it’s brought up what feels like a string of unanswerable questions, for parents, teachers and school boards alike. How would physical distancing work in classes of 25 or 30 kids? Should students do half days or full days? Should they attend every other day, or every other week? Where do students go on the no-school days? And what about teachers, especially those in high-risk groups? Is proper airflow even possible in older buildings?

Other countries dealing with COVID-19 outbreaks have also wrestled with these questions, and many already reopened their schools in the spring. Here’s a look at how a few of them did it.

Denmark was the first country in Europe to impose a lockdown, and it was the first to reopen its schools, too. Its students have been in class since mid-April, without causing a spike of COVID-19 cases—in fact, Denmark’s numbers continued to drop even after schools opened.

Denmark started by opening elementary schools first, while keeping secondary schools closed. That decision is supported by the fact that young children seem to be less likely to get and spread the virus than older kids. They’re also less capable of learning online independently.

This also made it possible to have smaller class sizes. Most schools in Denmark include both primary and secondary students, and without the older grades, younger kids had the space to break off into smaller cohorts. Those groups arrived at their own designated time and stuck together the whole day, having only one teacher, eating together at lunch, and staying in their own area of the playground.

“Cohorting is a great idea,” says Jeffrey Pernica, head of the Division of Pediatric Infectious Disease at McMaster University in Hamilton, Ont. “We know there will be kids who get COVID, but in a small cohort, the ramifications of each case will be fewer.”

In the classroom, desks were spaced six feet apart, and many classes were taught outside in parks.

Moving outdoors seems to lower risk, says Colin Furness, an infection control epidemiologist and an assistant professor at the University of Toronto. “We really don’t see clusters [of COVID-19] associated with outdoor activities,” he explains. “Ventilation is the number one way to keep people from being sick, and when you’re outside, you’ve got maximum ventilation.”

Neither teachers nor students wear masks in Denmark. But schools are sanitized more often, and kids wash their hands a lot—about every hour. Higher-risk teachers can also opt to teach online rather than in a classroom.

Despite Taiwan’s proximity to the original coronavirus outbreak in China, they only closed their schools briefly, reopening for all ages on February 25 after an extended winter break.

“No one talks about Taiwan, but gosh, they did an amazing job,” says Furness. “Taiwan is culturally a really different place than Canada, though, so trying to adapt lessons from what they did is a little bit harder here.”

At the entrance to their schools, kids sanitize their hands and shoes, and get their temperatures checked. Students and teachers wear masks all day long, with kids only taking them off when plastic partitions are placed on their desks so they can eat.

Asking for kids to use masks inside schools in Canada is a “very, very complicated issue,” says Pernica, pointing out that they can be harmful in the development of young children, who are learning facial expressions and communication, as well as for kids who are learning English as a second language.

Kids in Taiwan also wash their hands before entering every class, and classrooms are disinfected regularly. But the desks aren’t physically distanced during the day, and class sizes remain the same.

What happens outside of the classroom is just as important: Taiwan kept community cases of COVID-19 down through swift early measures such as travel bans and encouraging mask-wearing from the beginning. It also has excellent contact tracing.

Israel opened schools for all grades in early May, going back to normal class sizes just a few weeks later. The schools remained crowded, with class sizes staying the same—30 to 40 kids per class. It was impossible for kids to physically distance. Instead, it required all teachers and students older than seven years old to wear masks outside the classroom, and for all kids in grade four and up to wear masks all day, including inside their classrooms.

After re-opening, the country had outbreaks at multiple schools. The worst was a middle and high school in Jerusalem, which saw 153 students and 25 staff infected. Elementary schools weren’t immune either: at one school, 33 students and five staff members were affected. The government eventually shut down any school with a positive case, closing 355 of the country’s 5,000 schools by mid-June.

They also opened schools at the same time as other lockdown measures were lifted, including re-opening restaurants and businesses.

“When Israel re-opened schools, they also reopened bars and nightclubs and all sorts of things, and that created a lot of transmission pathways,” says Furness. He adds that this a lesson for Canada, as well. “From a big-picture standpoint, opening schools is never just about the risk in schools. You have to look at what is your level of community spread, and what you need to prioritize. You can’t open bars, and have tourism, and reopen schools. You can’t have it all.”

Germany opened its schools only slightly later than Denmark, in early May. Unlike Denmark, it decided to start only with secondary students, because it believed they could adhere to social distancing rules and wear masks properly, while younger kids could not. It’s seen more cases of COVID-19 between students, but there hasn’t been an increase in infections among staff.

Kids are in classes of 10 or less, and seated in desks that are six feet apart. Schools have the space to do this because kids are only in class for part of every day, and learn online for the rest of the time. Students wear a mask in the hallways, but not during classes.

Germany has also embraced testing in a big way—at some schools, students are being tested every four days. Unlike in Israel, schools aren’t shut if someone is positive for COVID-19. The infectious student’s teachers and classmates are sent to self-isolate for 14 days, but the rest of the school continues to attend.

We hope you enjoyed reading this article from Today’s Parent. We’re working hard to provide our readers with daily digital articles that aim to inform, inspire and entertain you.

But content is not free. It’s built on the hard work and dedication of writers, editors and production staff.  Can we ask for your support? We are currently offering 3 issues of the print edition of Today’s Parent for only $5. A subscription also makes a great gift for that new parent in your life.

Our magazine has endured for more than 35 years by investing in important parenting stories. If you can, please make a contribution to our continued future and subscribe here.

The post How schools reopened around the world—and what Canada can learn from it appeared first on Today’s Parent.

Is your new dog nipping, humping or playing...