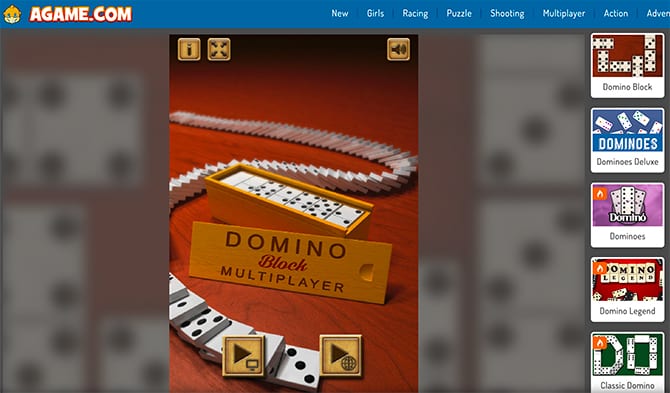 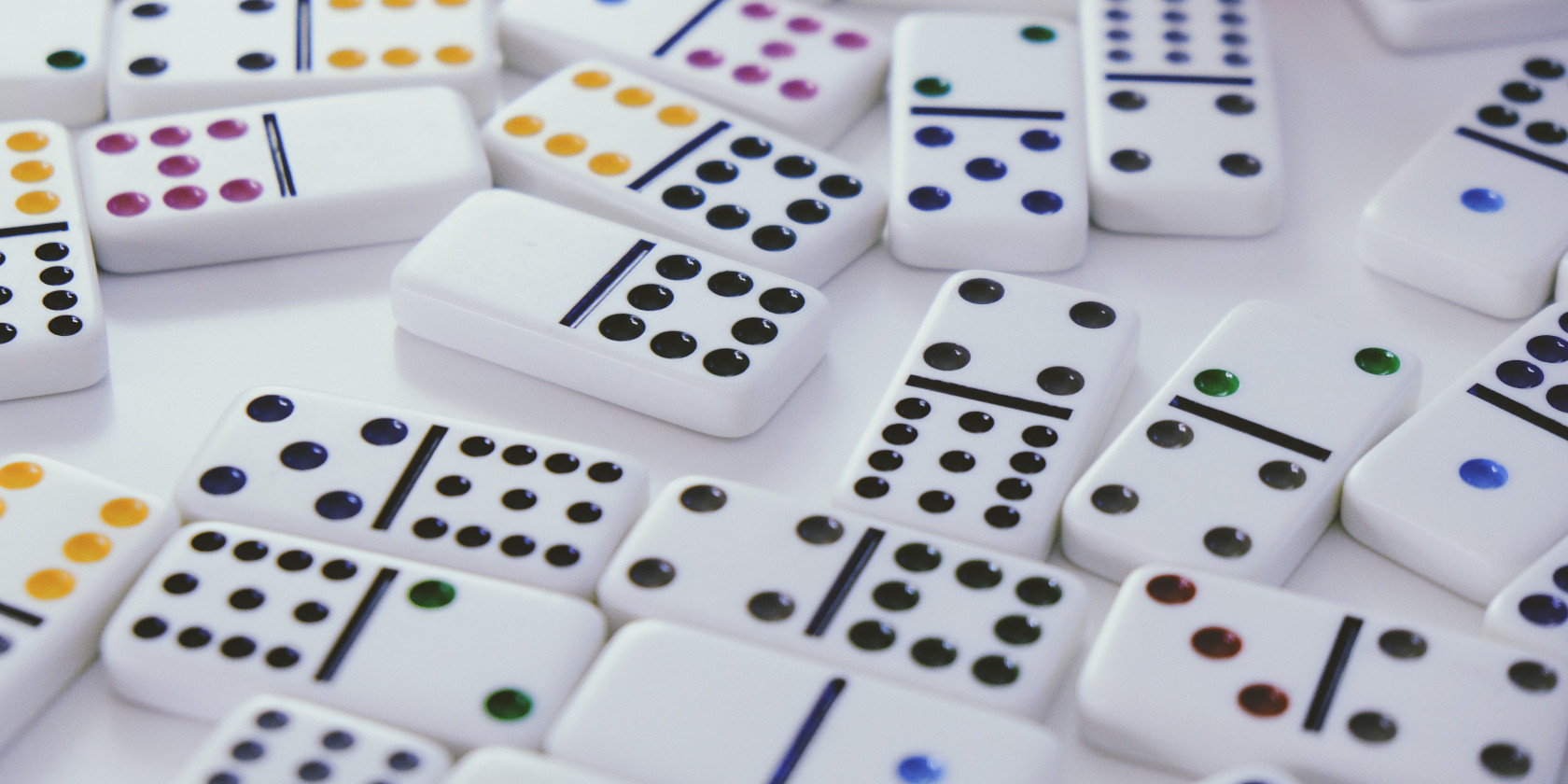 Dominoes is a type of turn-based tile game that has been around for a very long time. Each deck of dominoes has a collection of tiles marked with spots that correspond to different moves that you can make in a game.

There are also multiple, different domino games that you can play with a deck—just like you can with a deck of cards.

In the current era, the popularity of dominoes has continued. Now, you can play game of dominoes online as well. With that in mind, here’s a list of free dominoes games that you can play online, either on your phone or in a web browser. As a large website devoted to casual apps, Agame.com has tried to bill itself as one of the principal places where you can “try many of the world’s best free online games.”

On Agame.com, the genres range from racing games and simulators, to board games like checkers. They also have a section devoted to dominoes, which we’ve explored in depth.

In the dominoes section, you can find lots of different apps, ranging from Block to Deluxe. Each of these games is free-to-play, and you can try them out at whatever speed you desire. Overall, we found these games enjoyable, although the interface for them was not the most responsive. There are also a lot of ads.

Basically, if you want to play a dominoes game online, Agame.com is free, easy, and can be accessed in your browser. Best of all, if you tire of dominoes, you can quickly try playing another genre on the website. It’s a great way to spend some time on a lazy weekend afternoon.

NB: Some of these games require Adobe Flash, but not all. Playdrift is another website that allows you to play dominoes online, either with an account or as a “Singleplayer” guest facing off against a bot. If you’re a casual player looking to breeze your way through a short period of boredom, then playing as a guest is really all you need.

When playing in single-player mode:

Once all of these options are settled, you can start playing.

Additionally, the interface is responsive to your screen size, so you can resize Playdrift in one window while doing something simultaneously in another. As it is not a timed game, this means you can leave it alone for hours, and take your turns at your leisure.

Another major upside to using Playdrift is that it has far fewer ads than a site like Agame.com. These ads can and do disrupt your gameplay if there are too many of them at a time, so it’s good that Playdrift avoids this.

Overall, the website is engaging and user-friendly. Other than that—if you’re looking for additional, slow-moving, casual games with a user-friendly interface—here’s a list of the best classic board game apps for your phone.

Are you sick of browser games? Would you rather have your casual apps “to-go”? Then you need to download Dominoes, a game for Android and iOS.

To play, just open the app on your phone, Click New Game, then choose the settings for the game (i.e. first move, difficulty levels, starting hand, and win points). Then you’re set.

Some really cool features from this game that may make it preferable to playing dominoes in your browser:

Overall, Dominoes is a fun, casual app to try out.

Are you looking for a mobile dominoes option that is a bit flashier? If so, Dominoes Jogatina is another gaming app for Android and iOS. It’s free to play with a subscription available.

When you download the app, you can create an account, or play free as a guest. Additionally, there’s an option to upgrade to a VIP account, if you want to play without any ads.

Considering how many ads Jogatina plays, this subscription might be something that folks should look into. This is especially true if you play the game all of the time.

Despite the frequent ads, Jogatina is a slick-looking app that is actually lots of fun to play. The different domino games that you can try out include Draw, Block, and All Fives. You can play against users or bots, too.

When all is said and done, Jogatina is a good distraction for anyone who prefers to play on their phone. It’s also a good app if you don’t mind paying a bit of extra money to get an enhanced experience.

Dominoes is a fun game to play, and it’s fairly simple. After all, if you’re just looking for something casual to do to pass the time—whether you’re tied to your desk or on-the-go—then one of these websites or apps should do the trick. Even if you’ve never played dominoes before, it will make it easy for you to learn.

If you’re looking for more casual games to try out, and your heart isn’t set on dominoes, then read up on the mobile gaming hidden gems everyone should play.

How to Find Free Fonts Similar to Paid Fonts

What Do the Indicators of Compromise Mean?...

The Quickest Ways to Turn Your Screen...