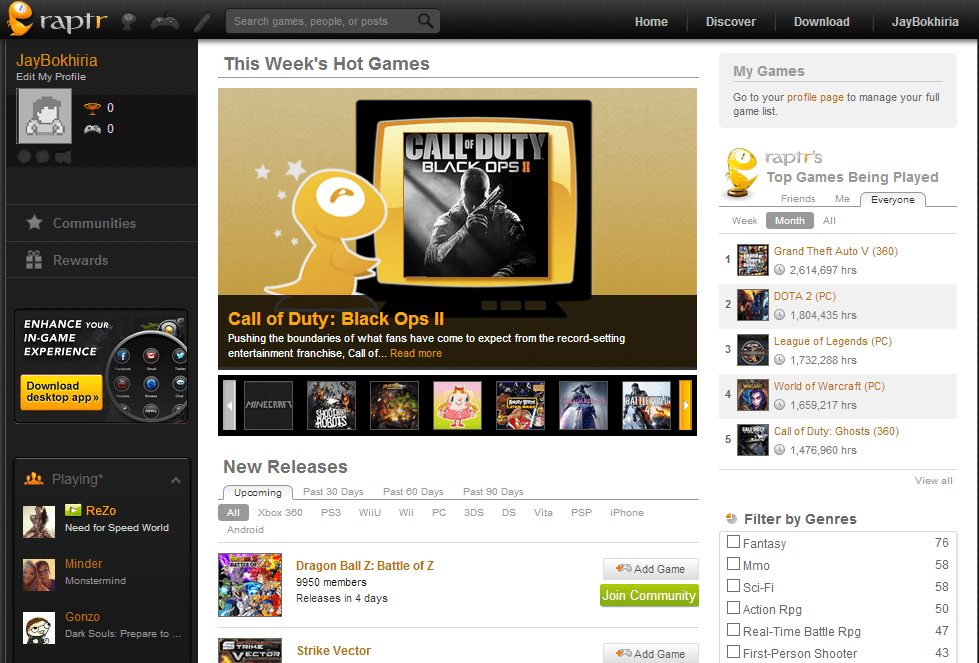 The Best Social Networks for Gamers 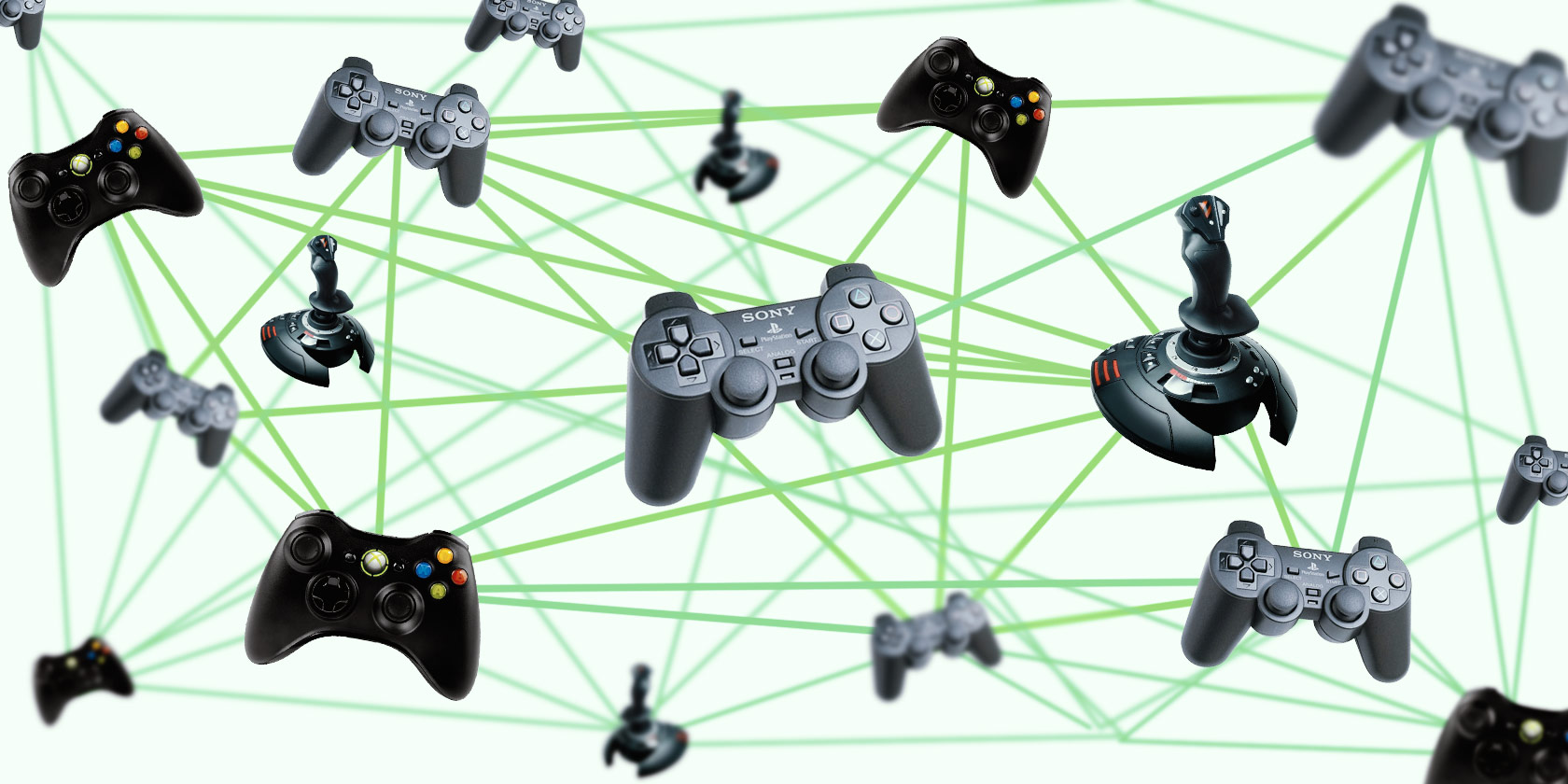 Are you looking for a social network where you can meet other gamers? Then you’re in luck, as we have compiled a list of the best social networks for gamers.

The bad news is that most of the dedicated social networks for gamers are now defunct. However, the good news is that there are plenty of social media sites where you can chat with like-minded gamers and share memes with them. And these are the best… Reddit should be the first stop on your search for a social network for gamers. You may have heard horror stories about this site, but keep one thing in mind: Reddit is nothing more than a hub of independent communities, called subreddits.

Subreddits are user-driven: anyone can create a subreddit whenever they want. Some can be nasty and unpleasant, but the majority aren’t. Each subreddit is run by different moderators, and the quality of a subreddit often depends on who’s running it. While the subreddit for one game might be terrible, the subreddit for another game could be amazing.

Certain games may have multiple subreddits for different purposes. For example, Overwatch has a “main” r/Overwatch subreddit where most of the general chatter happens, but also an r/OverwatchUniversity subreddit where players can learn more about the game and improve their techniques.

Generally speaking, smaller subreddits are more pleasant because they have fewer spammers, complainers, and disruptive members. The default r/Gaming subreddit, for instance, has a massive community, and is full of low-effort posts and memes. Still, it’s a good place to start before you delve deeper into your subreddits of choice. If you’re a gamer who has never used Discord before, you’re in for a treat! This wonderful app is a text/voice/video chat tool all wrapped up in one, making it a fantastic form of social media for gamers.

One great aspect of Discord is that anyone can learn how to set up a Discord server. Each server can have as many chat channels as the server owner wants. Text channels are basically chatrooms, while voice channels are reminiscent of older apps like TeamSpeak, Mumble, and Ventrilo.

And as a Discord user, you can connect to as many servers as you want! You don’t have to leave one just to connect to another.

While Discord isn’t exactly a social network in the style of Facebook or Twitter, it’s the best way to get tapped into a community and make new friends. By now, every game has at least one Discord server where players congregate. This makes it a fantastic way to find others who are into the same games as you are.

Discord is also available as a mobile app for Android and iOS devices, so you can stay tapped into your favorite communities from anywhere. You probably already use Steam for to acquire new games and manage your collection, but did you know that it’s essentially a gaming social media site as well?

Each individual game has a community hub where you can keep up with news about the game, take part in user-created discussion threads, participate in group chats, share screenshots and videos, and even write guides. Not all games make use of all these features, but most do.

When you’ve found friends through the community hub, or possibly in the game itself, you can add them as friends and keep up with each other on your Activity Feeds. You can also create customized profiles, leave comments on each other’s profiles, create private or public groups where members can post threads, chat in real-time, and play games together.

If a social network is all about staying in contact and getting in touch when necessary, Steam is perfect. Its instant messaging features allow for text chat and voice chat, and the friends’ list makes it easy to see what games your friends are playing. Twitch has revolutionized the gaming landscape. It’s a video streaming site that provides a platform where anyone can stream their gaming sessions in real-time, allowing others to tune in and watch them at their leisure.

Twitch is anything but “just” a streaming site. Entire communities can (and often do) build up around specific personalities and organizations, similar to what we’ve seen happen on YouTube. And because every stream has a chat beside it, fans can converse with one another while watching streamers play their games.

In this way, Twitch is very much the next big social networking site. You can add friends, send whispers, and follow streamers—but that’s just the start of it. Twitch regularly adds new features to aid in socialization. These days, Twitch is vital for social gamers. Many streamers supplement their stream with their own Discord servers, so you’ll likely have to use both to get fully tapped in.

One of the biggest (and strangest) parts of Twitch is its use of emotes.

Each emote is specific to Twitch, which means partnered streamers can create and upload their own emotes. Twitch’s emotes are like their own social currency—a single emote can convey a lot of meaning. Not to mention that understanding what each one means is critical to being “in” with Twitch culture.

Here’s how to get more Twitch emotes, giving you access to an even larger library of fun emotes.

They each have social features for console gamers, such as finding and adding friends, sending and receiving messages, and more. However, neither is full-blown enough that we’d consider it a true social network for gamers.

That may change going forward, but right now, we cannot recommend them above the likes of Discord and Twitch.

Read the full article: The Best Social Networks for Gamers

Site-directed mutagenesis in wheat via haploid induction by maize

Use Mondly to Learn a New Language...