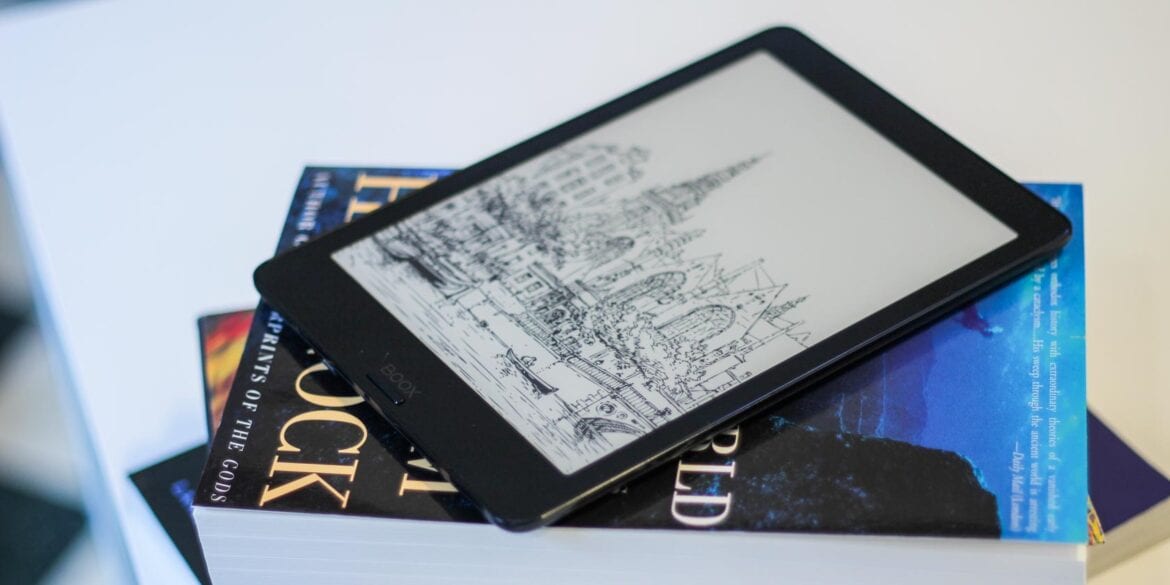 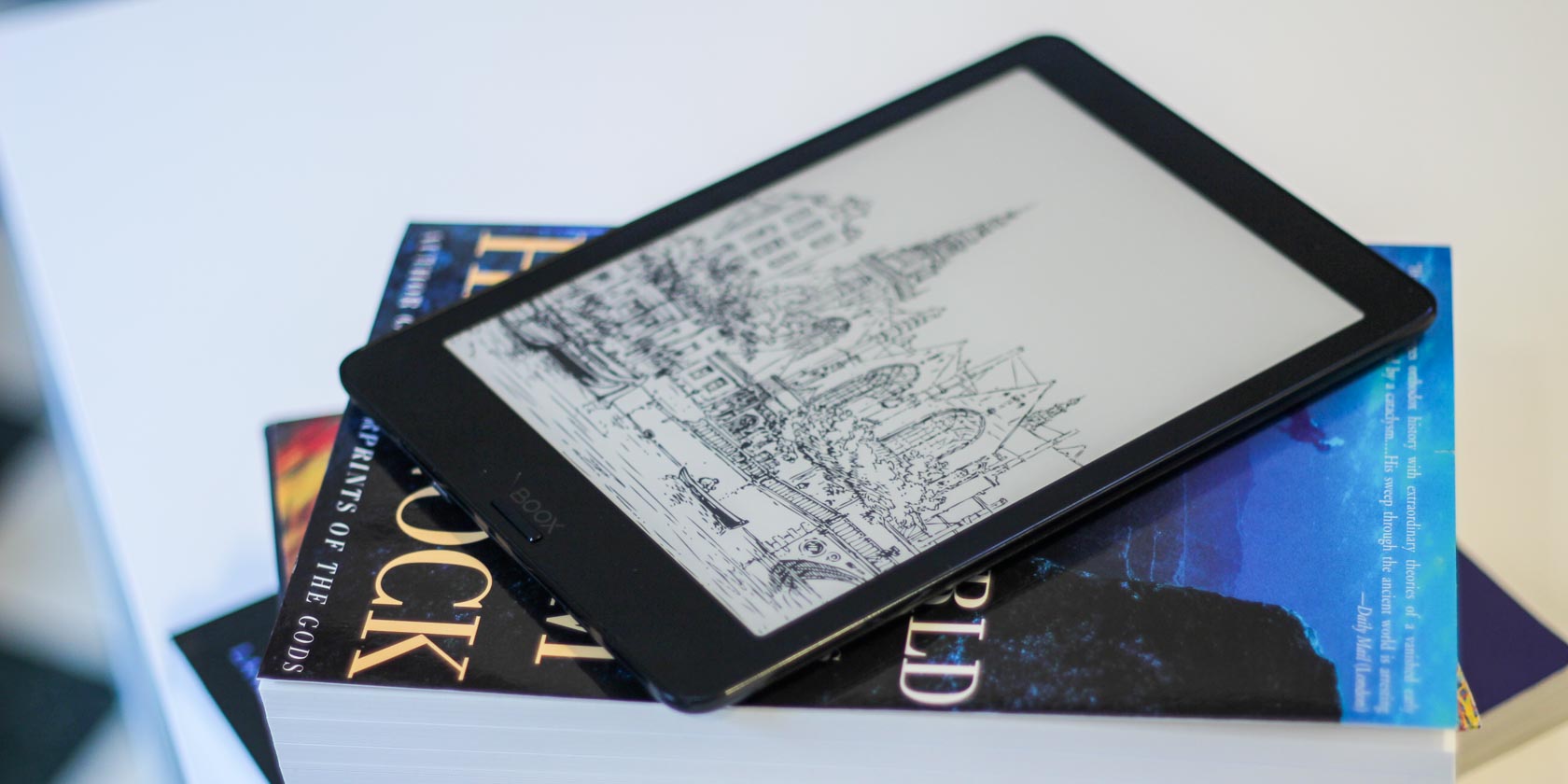 Amazon Kindle eReaders are designed to do one thing: sell eBooks. For those looking for something more versatile, the best Kindle alternative of 2020 is the $340 Onyx Boox Nova2. It’s a stylus-compatible Android tablet with an E Ink display, optimized for reading, not for selling.

But it’s not for everyone. Its higher up-front cost and the complexity of Android make the Nova2 a poor choice for those who want a dead-simple device for buying and reading ebooks. But for those comfortable with Android, it’s the king of its class. Onyx‘s Boox eReaders aren’t as common as devices from Amazon or Kobo. But unlike the Kindle or Forma, Boox eReaders can install Android apps—and Android’s app store has a tremendous number of apps.

On the downside, Onyx’s earlier models had poor quality control along with a return policy that either required shipping it back to China or dealing with third-party importers, who often refused to honor warranties.

As Onyx has moved into Western markets, though, they have started to contract with American and European repair shops.

The Nova2 won’t win any beauty competition when compared to the Oasis 3. No eReader would. It’s pleasant to hold and fairly lightweight for a tablet. But it’s almost twice as heavy as an Oasis and not nearly as svelte or balanced. Nor does its screen automatically change screen orientation depending on how it’s held. And forget about taking it to the swimming pool as the Nova2 lacks waterproofing.

Think of the Nova2 as an Android tablet that’s great for reading everything. It smashes through ebooks and plows through websites with tablet-like speed. If the Oasis is a lithe and graceful ballerina, the Nova2 is a chunky and powerful sumo wrestler.

Here are the Nova2’s major features:

So what do these specs mean?

It’s one of the fastest eReaders ever made and comes loaded with features, such as USB-C PD charging. But most important, it supports stylus input for note-taking. It’s also worth noting that unlike many other eReaders, the Nova2 includes support for the USB Type-C Power Delivery standard, although without Quick Charge capabilities. While it may not charge as fast as a smartphone does, it works with any USB-C charger.

The Nova2 Is Fast (for an eReader) Up until 2020, eReaders used low-end, obsolete processors based on ancient 28nm “transistor” technology. This is doubly true for eReaders from Amazon and Kobo. However, Android eReaders need a little more CPU juice in order to fluently run apps.

The Onyx Boox Nova2 is one of the first E Ink devices equipped with a modern processor. The Qualcomm Snapdragon 625 uses a 14nm process-node technology and the Arm Cortex A53 architecture.

Even though these aren’t exactly performance specs, within its class, these are some of the punchiest components around.

Great Battery Life Even for an eReader The big advantage of its more advanced Snapdragon processor is battery life. Combined with power-saving optimizations in Android 9.0, the Nova2 tested at around 25-days of battery life with Wi-Fi turned on. To my knowledge, all Android 6.0-based eReaders get around a week of up-time with Wi-Fi on. In comparison, the older Onyx Boox Nova Pro gets about a week of usage.

With Wi-Fi turned off, it can probably get in the range of two months of battery life.

It’s also worth noting that the Nova2 (like most of the Boox series) includes a partial refresh method that Onyx calls Snow Field. Snow Field is a software-based technique that allows for partial refreshes of the E-Ink screen. That means there’s less ghosting and higher visual clarity when running Android apps.

However, even with this technology, there are still visible traces of ghosting. Unless I use the fastest refresh modes, the ghosting doesn’t impact reading quality, though.

The Nova2 Is a Great Reading Experience The 7.8-inch 1872×1404, 300DPI E Ink Carta display has great contrast with crisp, clear text. Even with a matte-glass finish, the display looks whiter than the previous Nova Pro model.

The Default Reading App Is Excellent

The Nova2’s default reading experience stands above its competitors. While you can install any ebook app (I recommend KOReader, which is on the open-source app store F-Droid), the native reading software onboard the Nova2 is versatile and efficient. Aside from being able to reflow any text, including sloppily scanned images, it can write notes directly onto ebooks. In other words, you can write on, highlight, and annotate your texts.

As a full-Android device, capable of installing apps from the Google Play Store, the Nova2 requires patience. You’ll need to do two things: first, activate the Play Store and, second, learn how to sideload content on it. If that sounds too complicated, a Kindle Paperwhite, Oasis, or Kobo might better meet your needs. The Nova2’s home page includes shortcuts to a Library ebook organizer, Onyx’s defunct ebook Store (which only offers public domain books), Storage, the app manifest, and a Settings menu. New to the Nova series, there’s a Notes feature, which takes advantage of a Wacom touch layer. Of these features, the ones worth mentioning are its Notes app and its native reader, which appears to be based on the open-source FBReader. Onyx brands the app as the Neo Reader.

If you launch any ebook from within the Library app, it opens in Onyx Neo Reader.

Neo Reader opened every book format that I threw at it, from EPUB, to massive 800MB PDFs, to CBZ. While it won’t natively open Kindle books, you can install Amazon’s Kindle app through the Google Play Store or convert Amazon’s ebooks using Calibre.

The best thing about the Neo Reader is that you can hand-write notes directly onto the text. While there are zero margins to write in, the app will write-to and save all your marks. Personally, I’d feel more comfortable with a 10-inch eReader for annotations, but if you’re just highlighting text, then it’s perfectly adequate. For taking more detailed, handwritten notes, I’d strongly recommend the Notes app.

While the Notes app isn’t as good as the Remarkable 2 for annotating eBooks or taking notes due to the limitations of a 7.8-inch screen, its pressure sensitivity is equal to the Remarkable 2.

In a nutshell, if you want to only take notes, you’re better off with a Remarkable 2. But if you want something more versatile, the Nova2 beats all competitors.

Note Taking With a Stylus The note-taking abilities are outstanding for a $340 device. While larger, more expensive devices take handwriting input better, nothing in its price-range offers the same features for the money.

While the Nova2 lacks the 10.3-inch writing area of the Remarkable 2, it’s still a credibly better all-round device. But on top of that, the Nova2 can quickly transcribe your handwriting into digital text.

I was surprised at the Note app’s handwriting recognition accuracy, despite how sloppy my handwriting is. It got every single word right with 100% accuracy.

If you’re using an ad-supported Kindle, chances are you’re not reading EPUB documents, which is the most common electronic book format in the world.

You’re also probably not taking notes, or reading CBZ (comic books), or really anything outside of Amazon’s proprietary formats. While Kindles can, on paper, read PDF files, their limited hardware and smaller screen aren’t great at it. In comparison, the Nova2’s significantly beefier hardware opens even the largest of PDFs in seconds. And each page turn is a fluid, seamless affair.

In terms of heft, the Kindle Paperwhite weighs in at 182 grams with a six-inch screen, whereas the Oasis 3’s seven-inch screen and 188 grams weight make it one of the lightest models in its class on the planet. The Nova2, while 7.8-inches, also weights a whopping 265 grams.

On the other hand, not everyone wants to deal with what’s essentially a black-and-white Android tablet. If you just want a lightweight, pocket-sized, dead-simple eReader, you’re far better off with the much less expensive Paperwhite 4, Oasis 3,  or even the older Voyage.

Reasons to Not Buy the Boox Nova2

While the Boox Nova2’s hardware and software beat all competitors, it’s not a for everyone.

It’s Bigger and Heavier Compared to Kindles and Kobos While the Nova2 may have a larger screen, it also weighs almost twice as much as the heaviest of the Kindle eReaders. And its 7.8-inch screen makes it difficult to pocket, particularly if you use the included case.

Onyx’s earliest devices had a poor quality-control record (I’ve had four different failures between 2015 and 2016). Additionally, I’ve had issues returning devices through importers. Fortunately, in 2019 Onyx began contracting repairs out to Michigan-based iCare Repair, although the customer pays shipping costs. iCare Repair, a disabled-veteran-owned and operated service, provides a two-day turnaround on returns.

That said, in the past four years Onyx’s newer devices have not failed on me in any way and their build qualities have improved substantially.

Any manufacturer that modifies the Android operating system is required by the GNU General Public License (GPL) to regularly publish its source code. In other words, they have to share their changes with the larger Linux community, of which Android is a part.

Unfortunately, Onyx has not yet released any code, which means two things:

For most consumers, neither is a serious problem. In my opinion, however, it’s a serious black mark on an otherwise attractive device.

None of Onyx’s devices are Play Store certified. That means Google hasn’t evaluated any of these devices for security vulnerabilities. No black-and-white E Ink device has official Play Store certification, and Google has dropped support for E Ink after Android 6.0. This has led to Onyx selling their devices in China and East Asia without the Google Play Store.

In other words, the problem is with Google’s refusal to certify E Ink devices, likely because of performance issues.

Android Is Too Complex for Some

Finally, Android is more complicated to use than other eReaders, like the Kindle. If you’re already using an eReader from a big-box retailer, and prefer its ease-of-use and straightforward interface, there’s no reason to buy a more expensive and more complicated device.

The Nova2 is the best eightish-inch Android eReader ever made. It’s the kind of device you wish Amazon sold. But it’s not for everyone.

While installing any app you want looks good on (pun intended) e-paper, it’s a lot more complicated than a Kindle. But if you can handle sideloading content and want the best possible reading device, or need to annotate digital texts, no better 7.8-inch purpose-built eReader around. (We’ve covered the best simple Readers elsewhere.)

For those interested in a color eReader, recent advances in E Ink’s ACeP display technology along with its Kaleido color E Ink screens may kill the Kindle in 2020 or 2021.

How to Customize the Ubuntu Boot Splash...