Home Parenting As a parent of colour, I’m committed to recognizing my own internalized racial biases 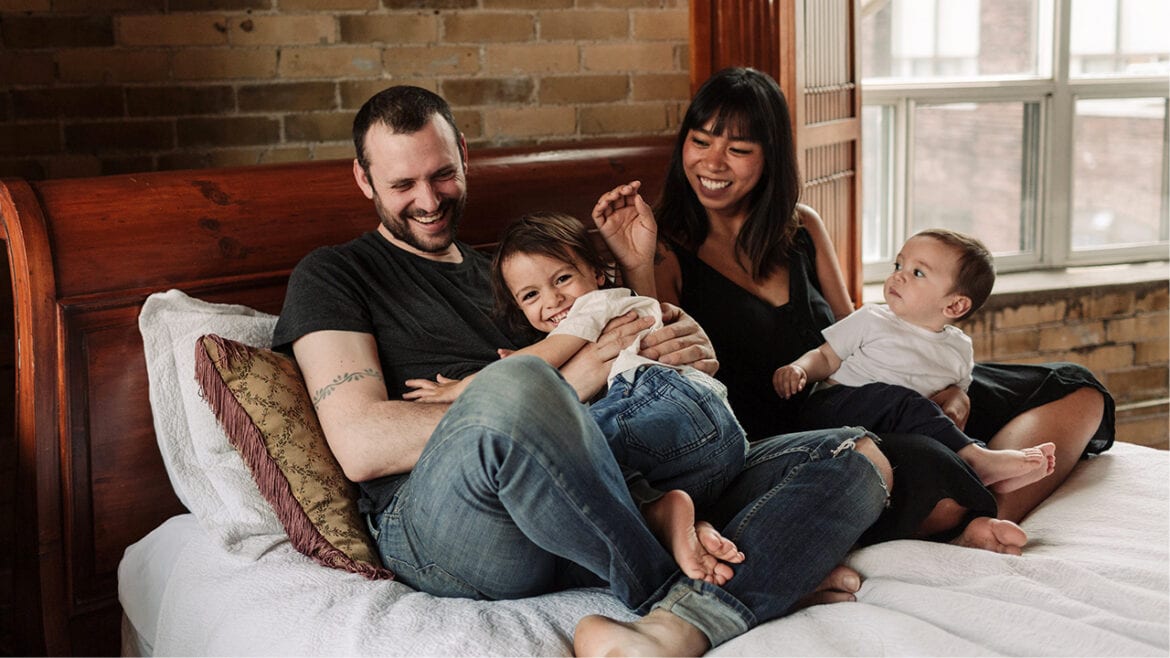 As a parent of colour, I’m committed to recognizing my own internalized racial biases

This is how I was raised—the message my parents instilled in me as a kid. Only now that I’m a mother—my kids are five and three—am I learning that this directive came at the expense of discovering and honouring who I really am. They wanted me to assimilate. And while I understand that my parents made these choices, perhaps subconsciously, in order to survive and to give me the best chance of succeeding in Canada, I now need to unlearn that programming.

Assimilation to white culture was and is a form of racism, and I’m here to tell you that anti-Blackness exists for brown people and in person of colour (POC) culture, too.

My parents, who immigrated from the Philippines, tried to protect me from our prejudiced world by cutting me off from their Filipinx culture and my ancestry. My mom is from Quezon, Isabela, and my dad is from Caloocan, Manila. I was born and raised in Tkaronto, Turtle Island. (I use the Indigenous names for Toronto and North America to honour my settler responsibility on unceded Indigenous land.) My mom’s native language is Ilocano, which my dad doesn’t understand. They both speak the colonial language of Tagalog, but we spoke only English at home. In fact, I speak French, which I studied in school, more fluently than I can communicate in either Tagalog or Ilocano.

The erasure and damage colonialism did to the diverse people from the Southeast Asian archipelago is coded in my family’s DNA: They are white-favouring, academia-focused, staunch Catholics. Colonialism isn’t a one-time-thing of taking land and destabilizing people of colour—it’s ongoing and exists inside every single human, regardless of skin tone or culture of origin. Globalized systems of oppression based on white supremacy are impossible to escape. We all have an internalized colonizer that feeds our unconscious biases.

My inner oppressor showed up in many ways. As a child, I wished I was white, thinking it would gain me the favour of the kids who ignored or bullied me. I told my younger sister our skin was brown because we were dirty, so she would spend bath time trying to scrub away her beautiful brownness.

In high school, I’d date Black boys to “rebel” against my dad. I’d soak up the sun and get as dark as possible to shock my white-favouring aunts. It was my way of finally honouring my melanin rather than continuing to reject it.

I questioned the oppressive beliefs I had inherited, especially regarding organized religion and Catholicism. I was anti-Filipinx culture until my 20s, when I found a community of creative people through a local Filipinx community arts centre. This lifted my blinders to the beauty and diversity of our culture and the heartbreak of its erasure. They were young folks like me who had the same questions, the same upsets and similar hopes of the new world we wanted to create. I’m forever grateful for finding a Filipinx community that shared similar values, which differed from the traits I was rejecting from my family. My exposure and proximity to diversity, and diversity within our diaspora, have been my biggest healers in overcoming the shame and fear that drove my family to assimilate.

Now, as a mom, I am committed to facing and disempowering my inner oppressor, so that my kids can do the same—they’re my main motivators to stay in this work. My partner and I are raising our children to see colour and to honour and appreciate difference. We’re teaching them to self-advocate, set boundaries, ask questions and listen. We are having conversations about racism and unfair systems. I am empowered to be vocal, so that we may raise a generation of humans who are confident, self-assured and compassionate. We must end these cycles that keep us small and perpetuate harm so that we can create a culture where everyone feels like they truly belong, just as they are.

If you’re just beginning to recognize your inherent biases or realizing that you’ve internalized the oppression of systemic racism, even as a person of colour, that’s OK. It’s a start. And this work is a lifelong practice.

The post As a parent of colour, I’m committed to recognizing my own internalized racial biases appeared first on Today’s Parent.

Become a Digital Marketing Guru With This Valuable Bundle

What’s new on Disney+ Canada for kids and...

What you need to know about ear tube...

What parents need to know about couples...

Why I hate pizza day