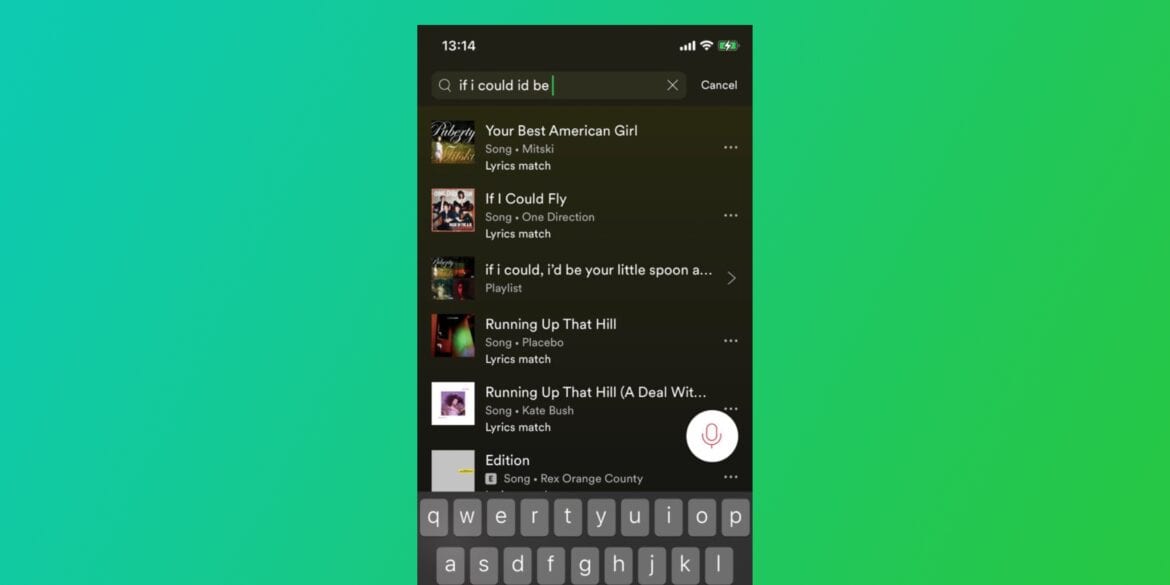 You Can Now Search for Spotify Songs With Lyrics | MakeUseOf

If you struggle to remember the name of a song, but have a couple of lines stuck in your head, Spotify has now made it easier to find what you want to listen to.

That’s because the Spotify app on Android and iOS now supports searching for a song by its lyrics.

How to Find a Song on Spotify Using Lyrics

Following the news that Spotify is working on a karaoke feature, the music streaming platform is making more use from its lyric integration.

As announced by Spotify designer Lin Wang on Twitter, you can now find songs by lyrics on Android and iOS.

My team just shipped something on iOS and Android –

now you can find songs by lyrics 😉 on Spotify

Simply type some of the lyrics into the search bar and Spotify will surface all the songs that match.

No longer do you need to scramble around on lyric websites or use music recognition apps like Shazam. Even if you don’t know the song name or artist, all you need to know are a few of the words.

It’s a feature that is frankly long overdue—Apple Music has done the same thing since 2018.

Hopefully this new lyric search feature rolls out to desktop platforms soon, though there’s no word from Spotify.

Find a Song by Hum

If searching by lyrics still isn’t good enough to find the song you need, you could go one step further and use an app that searches by what you hum.

What Is a Vapor Chamber Cooling Laptop?...

The 2021 Games Education Summit to Feature...