Home Parenting How to explain Remembrance Day to kids 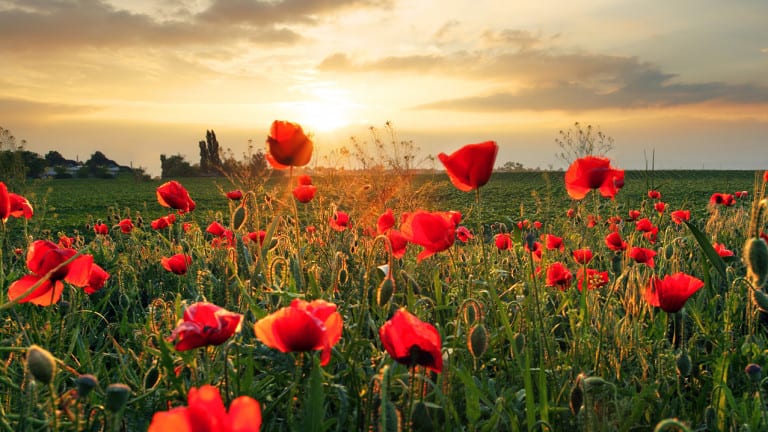 How to explain Remembrance Day to kids

Peace is when you smile at someone and make the world a tiny bit brighter
Peace is when you hear a baby laugh, or give a hug to the hurt
— Excerpt from a poem by 10-year-old Amaya M from Winnipeg

I remember being shuffled into my grade school’s gymnasium for our annual Remembrance Day ceremony. Most of the kids, especially the younger ones, had a hard time sitting through the entire duration of the ceremony—a ceremony which always included speeches and poems read by other students. The teachers spent more time shushing and scolding than listening and, by the time I graduated elementary school, the annual ceremony was cancelled. As a child, my family never visited a cenotaph and, without any family members in the military, the enormous significance of Remembrance Day was lost on me until adulthood.

Now, as a parent, I wonder how to talk to my children about Remembrance Day. At three and six I worry that standing at a cenotaph is an invitation for my kids to go squirrelly and be an insult to the veterans who are being recognized. Yet, explaining the history of the poppy and reading “In Flanders Fields” doesn’t seem like enough. Neither my husband’s family nor mine have served in the military, so we’ve relied heavily on books like At Vimy Ridge or resources like The Royal Canadian Legion’s website.

When I asked other parents on social media how they talk about Remembrance Day with their young children, many approached it the same way I do: with compassion, honesty and pride.

“My children know of an uncle who landed on beaches of Normandy at 17 and whose best friend was killed. We talk about Remembrance Day with complete candour, teaching history and respect. We also attend Remembrance Day ceremonies each year. I don’t worry that they don’t understand, because they will understand what they can. Each year they’ll understand it more.” — @LorraineJLola via Twitter

“I stay away from ‘fight’ and ‘war’ and stick to honouring people who helped keep us safe and made Canada what it is today.” — @SachaCoutu via Twitter

“There were a few four-year-old children in my daycare who asked me why I had a poppy on my coat. I told them [it was] because I love Canada and I’m so thankful that it’s a safe place to live.” — Leah via Facebook

“My grandfather served in the Second World War, so being able to attend the Remembrance Day assembly at my daughter’s school made me feel very fortunate. The assembly started with “O’Canada,” which always reminds me how lucky I am to be Canadian. Many of the children were able to participate in the program, including my 10-year-old daughter who read a poem she wrote and sang with two choirs. A member of the Canadian Armed Forces, whose two sons attend our school, spoke about being a soldier and what it meant to him to be able to help protect our country. The most touching moment for me was listening to one of my daughter’s best friends. Her father was killed serving our country, the greatest sacrifice, and she spoke with poise and an open heart. The fact that she will grow up without her dad, and what their family gave up for our country, we can never be thankful enough. Closing the assembly was “The Last Post” played on a trumpet, a moment of silence and another rendition of “O’Canada” with a video montage of many of the great things about this wonderful land we call home. All of the children behaved so well, wearing the poppies so graciously given to them. It was a really beautiful event.” — Amanda via Facebook

When we moved into our current house three years ago, our neighbour was a spry 88-year-old widower who memorized my children’s names, threw sticks for our dog and walked two miles a day—rain, shine or snow. Over time we learned he had been a Communications Officer during the Second World War, having joined the army before he turned 18. He’d been assigned to the Communications Division because of his smaller-than-average size. Each morning, while I waited with our son for the school bus, Mr. Ward would tell Isaac stories about the war. Sometimes they were stories about his training, sometimes about the countries he visited. To tell you the truth, I loved the stories as much as my son did. Mr. Ward moved away last year. This man, who used to march 20 miles a day in full battle gear and played a role in bringing our Canadian troops home safely, decided it was time to sell the home he’d built and shared with his wife for more than 30 years, opting instead for the comfort of moving in with his family. In his own words, “it was time.”

The day that Mr. Ward moved, we were all sad, but my son was the most upset. When I prompted Isaac to tell me more, he just looked up at me and asked, “who will tell me about the war now?”

While I may not think my children are ready for a formal ceremony at our local cenotaph, I do know of one thing they can do: this Remembrance Day we will be writing a letter to our old neighbour Mr. Ward—because we have the freedom to do so.

The post How to explain Remembrance Day to kids appeared first on Today’s Parent.

The Surface Duo Gets a Great Typing Update | MakeUseOf

25 great Valentine’s Day gifts for him

11 tips for working from home with...

Why are sitcom dads still so incompetent?

The most genius hack to get babies...