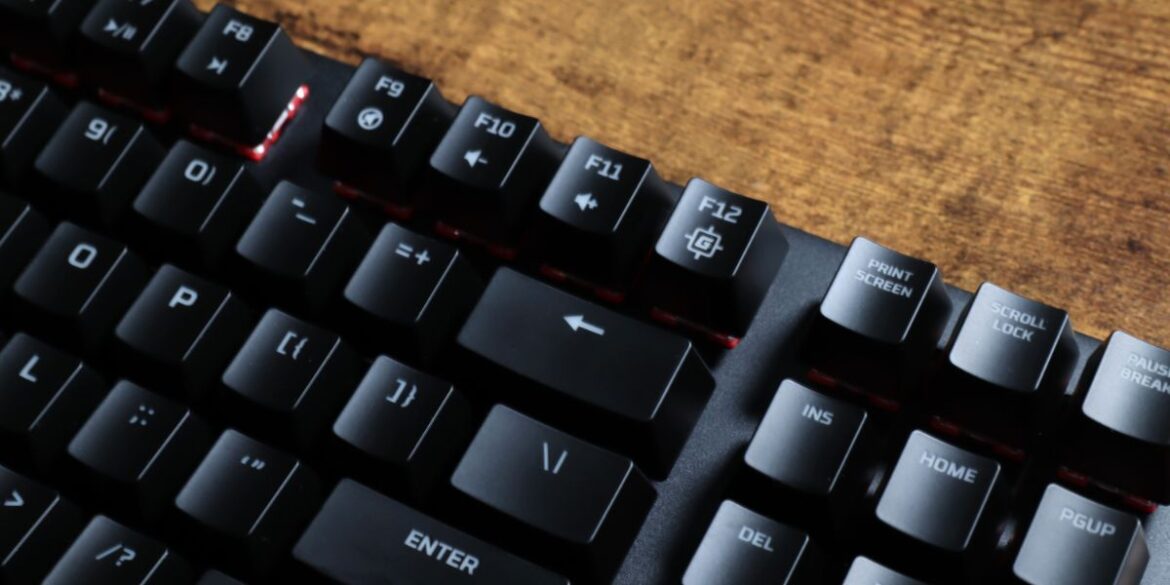 Is the HyperX Alloy Origins Core the Compact TKL Keyboard You’ve Been Waiting For? 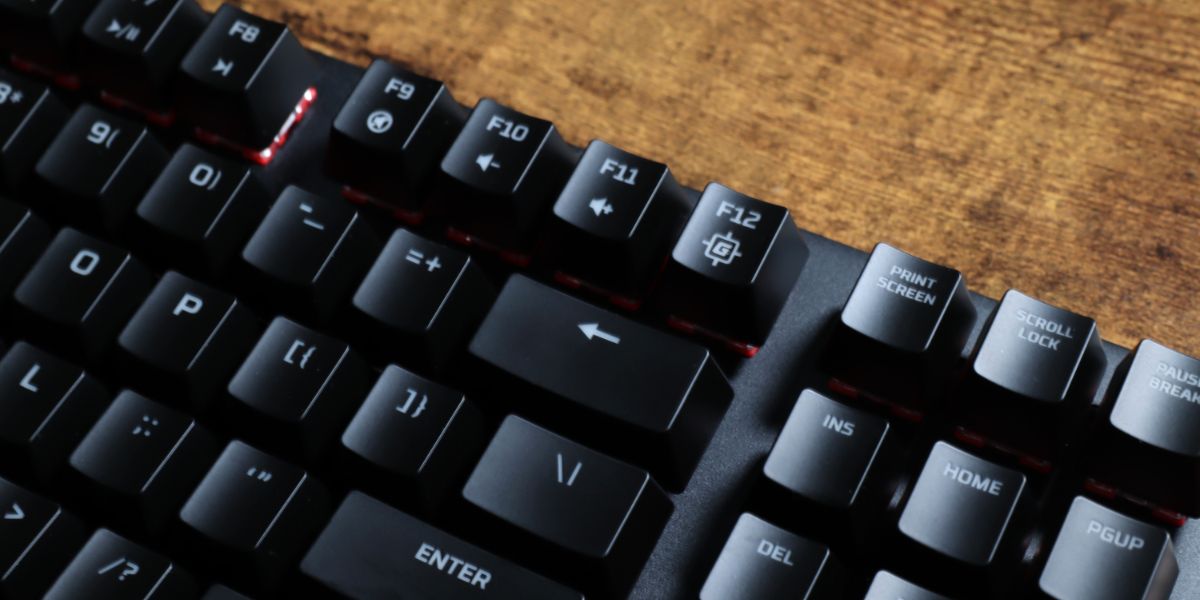 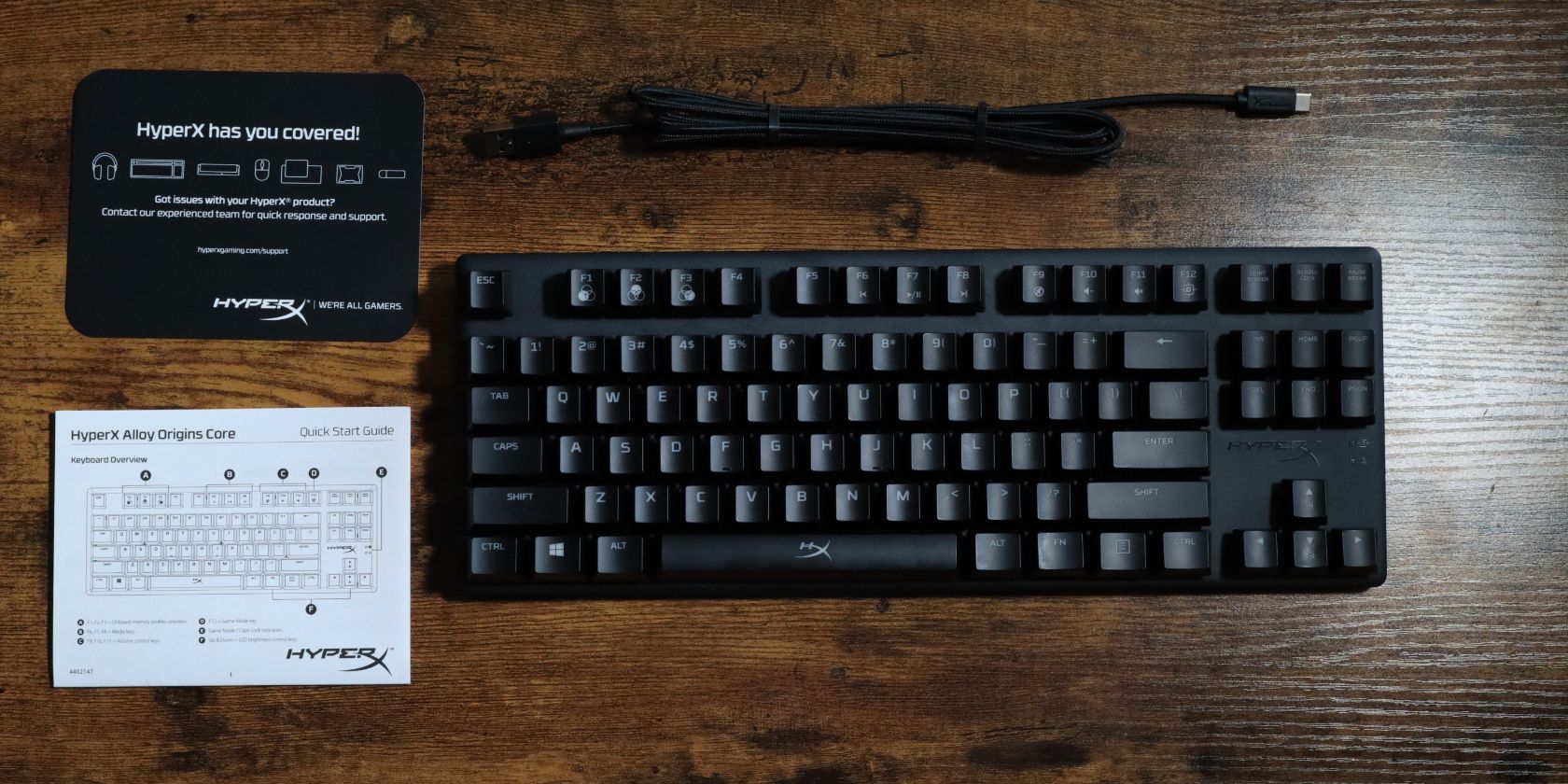 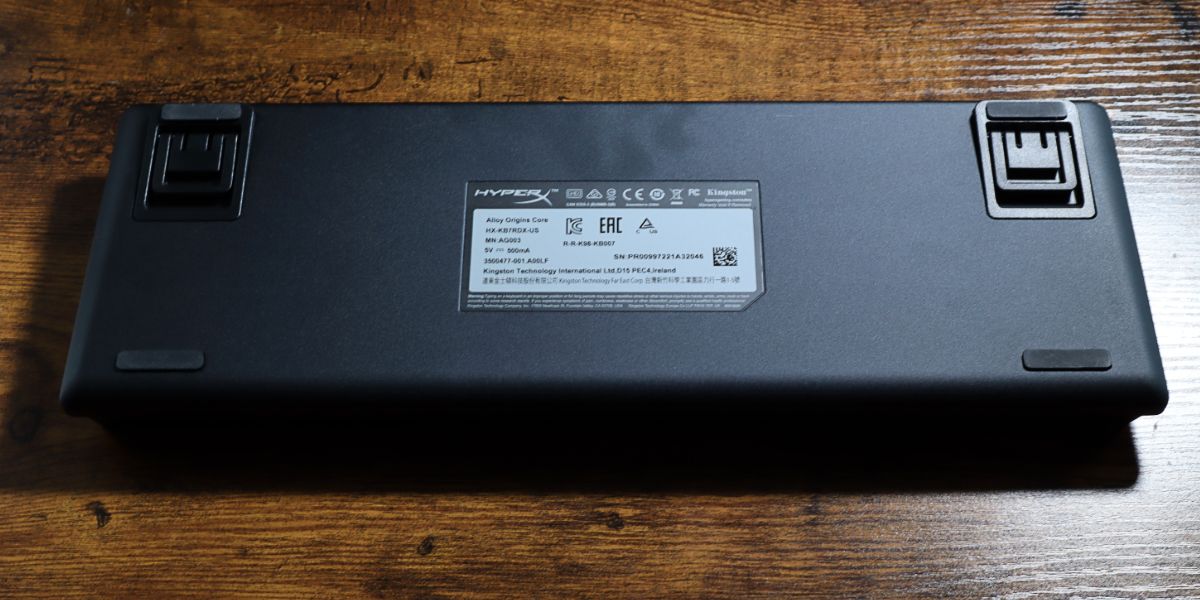 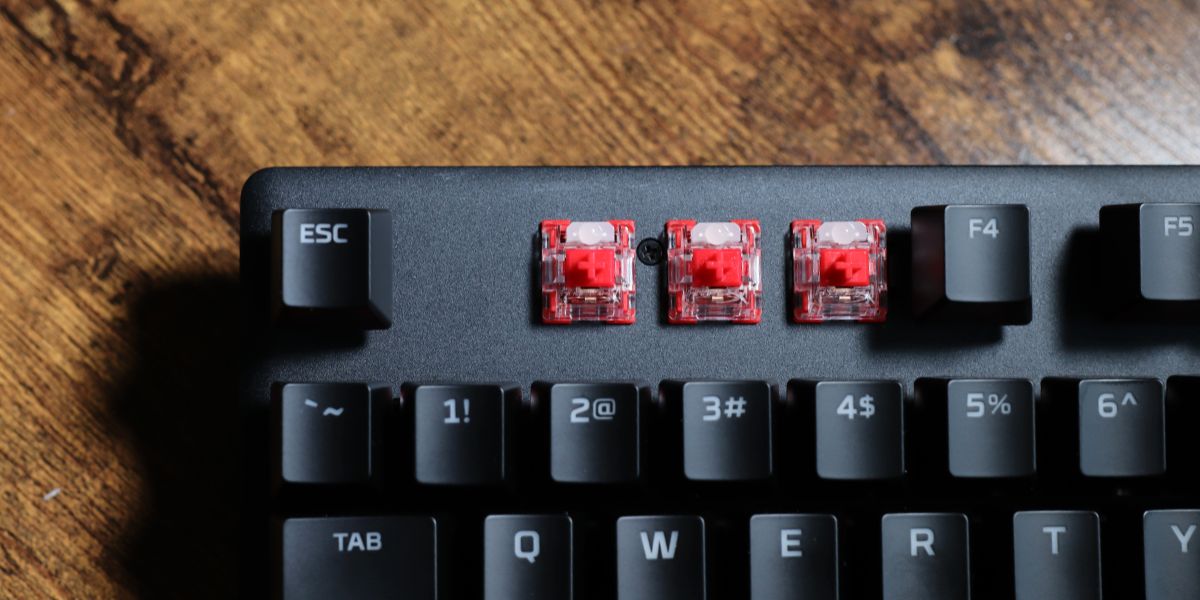 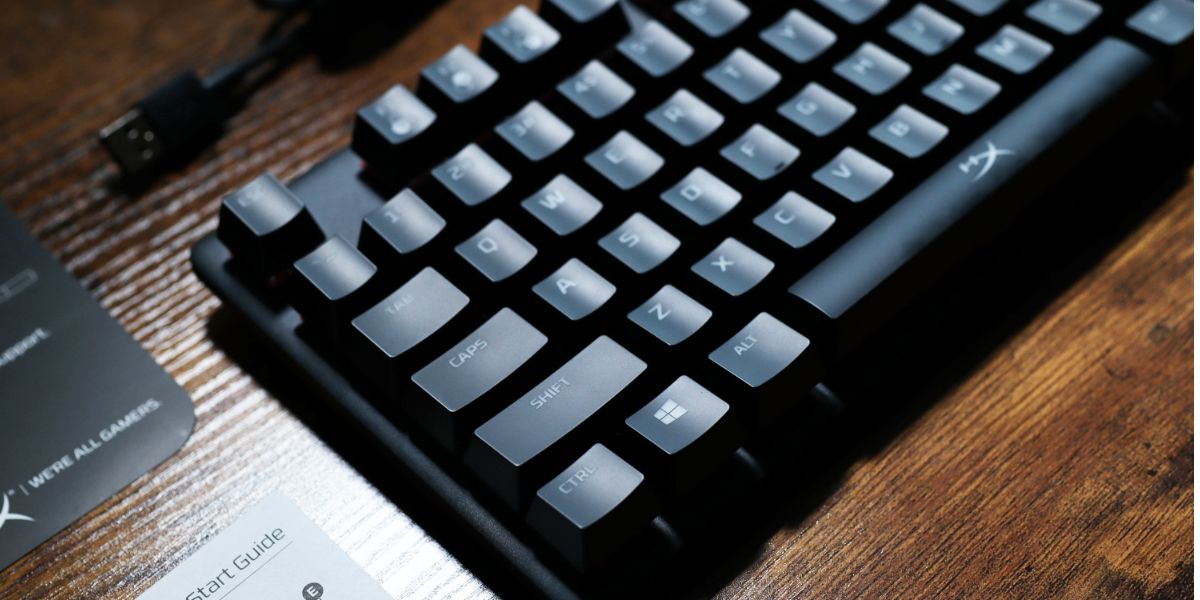 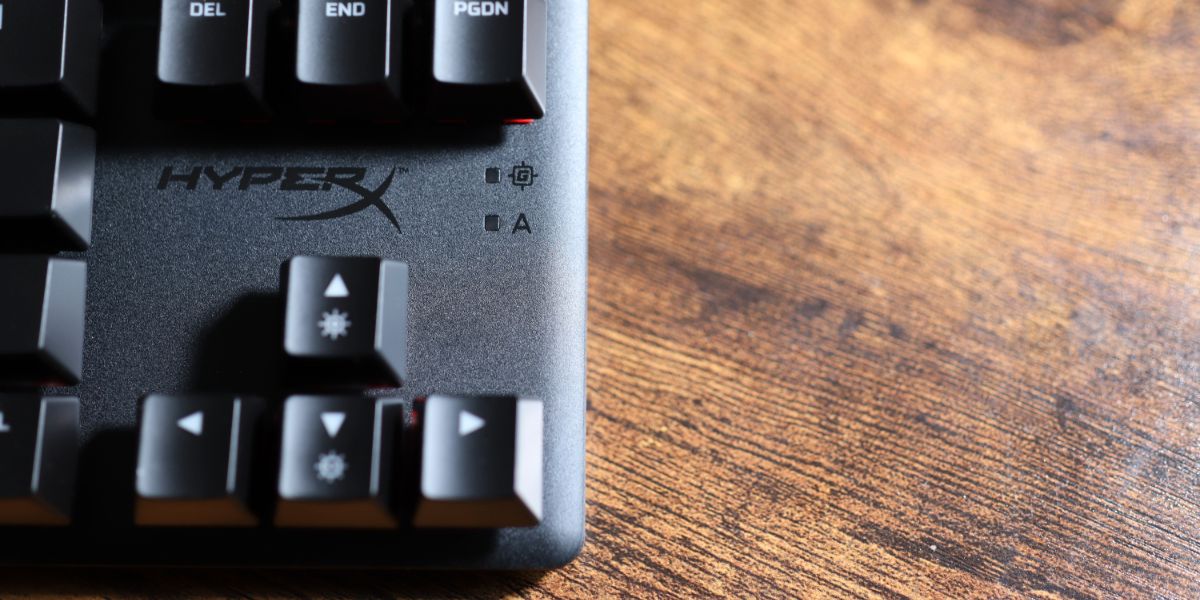 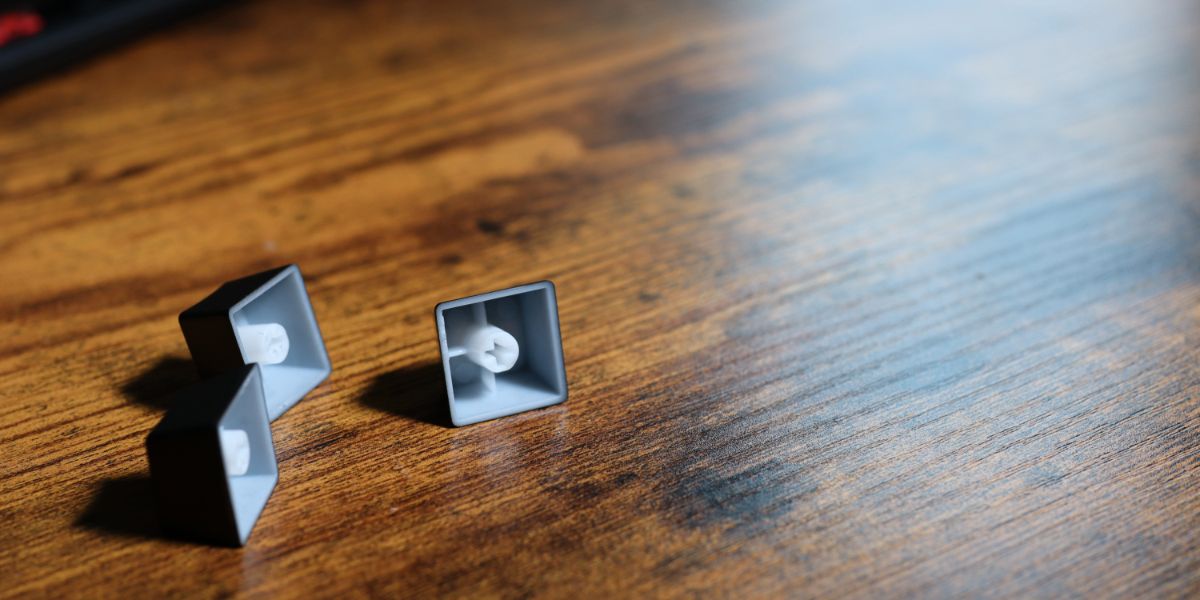 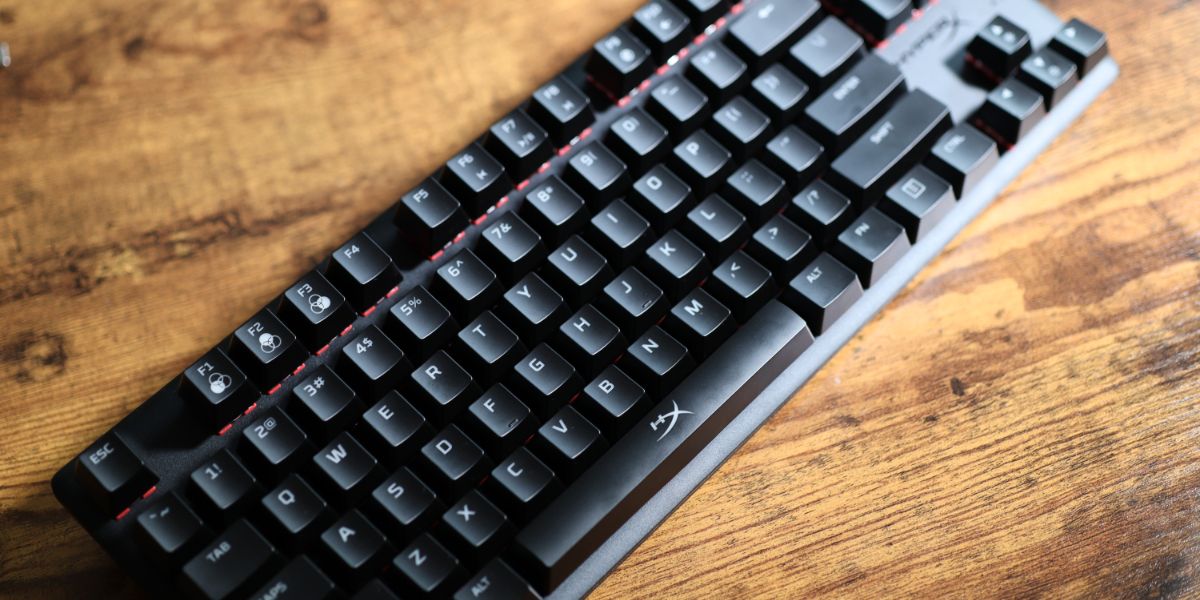 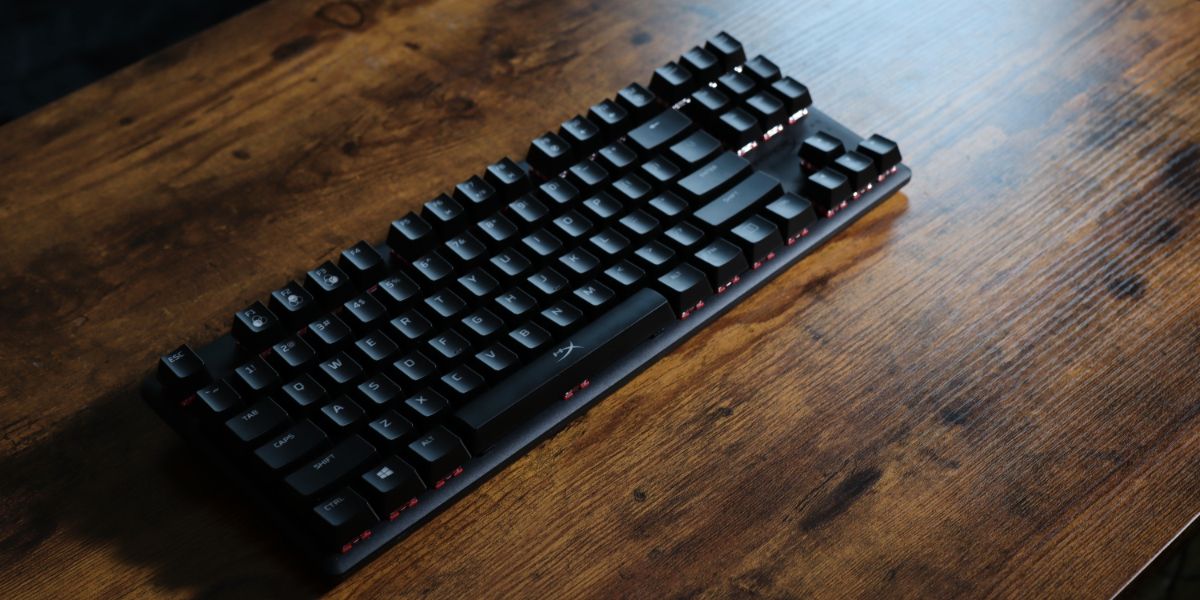 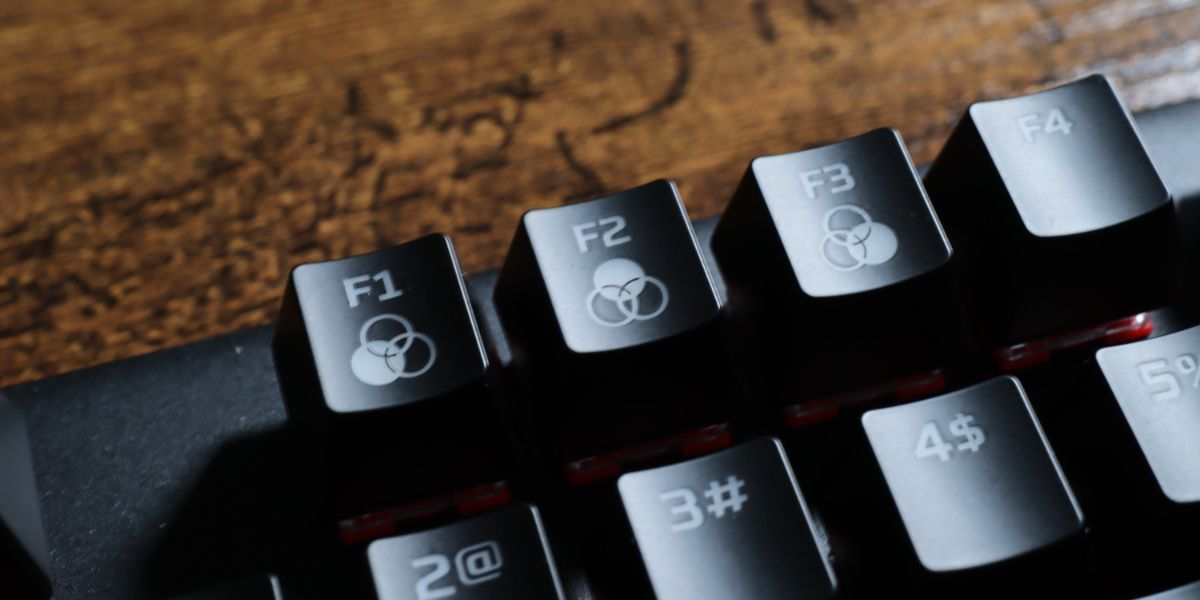 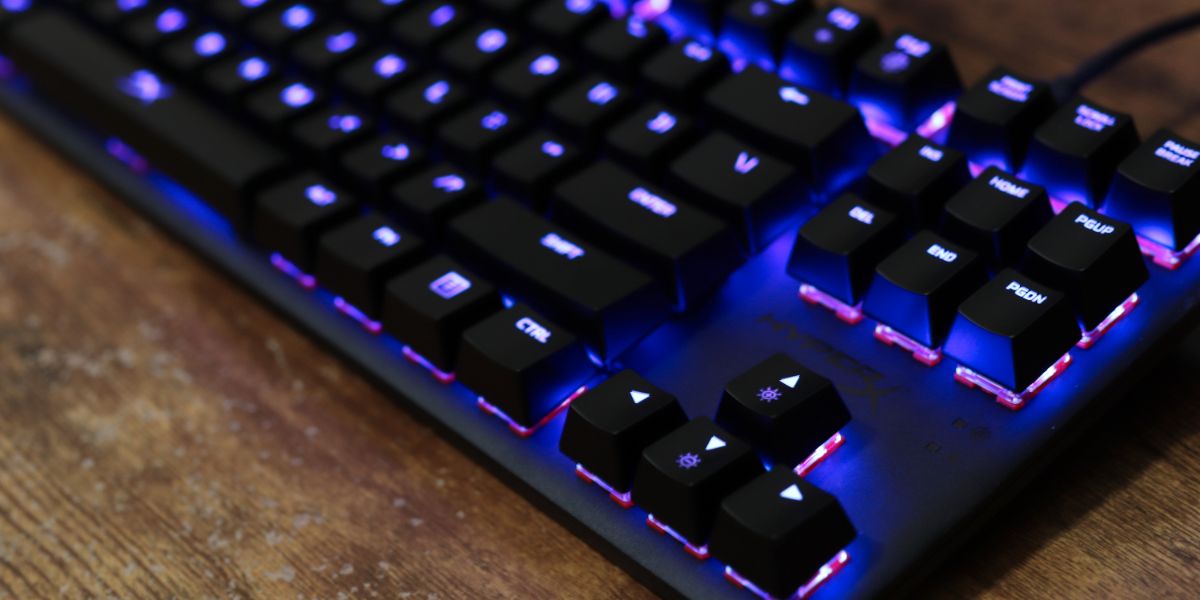 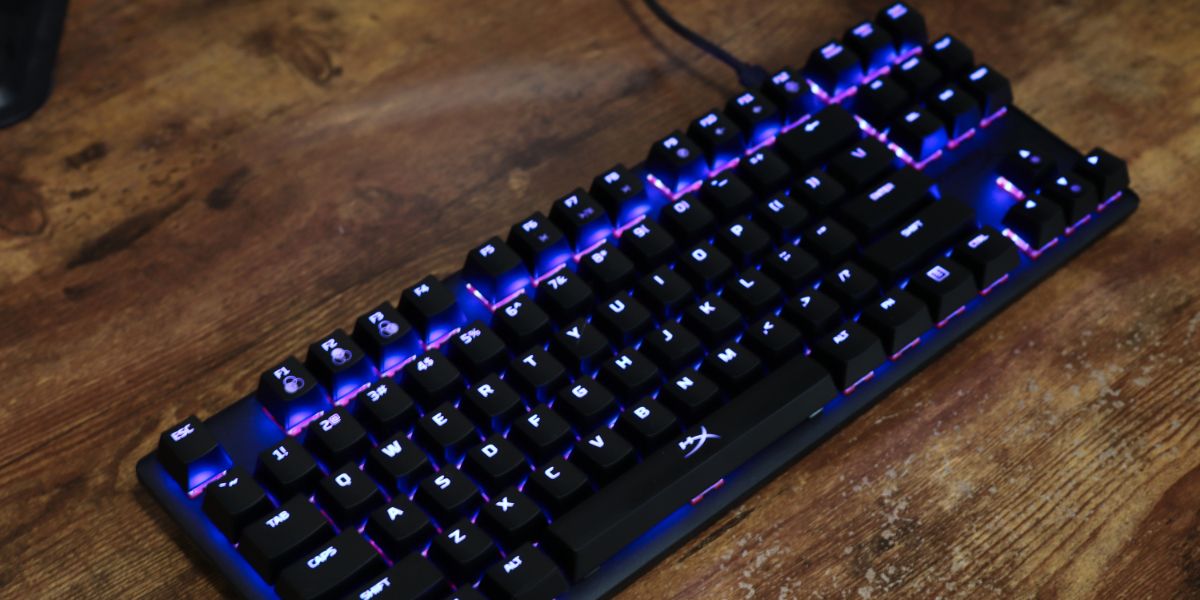 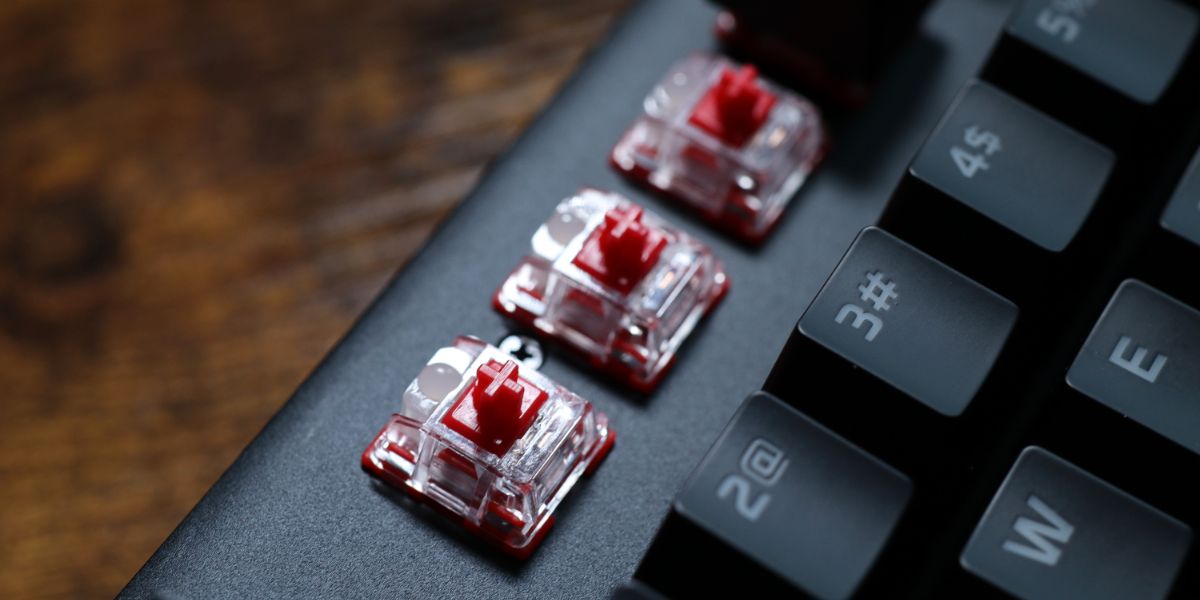 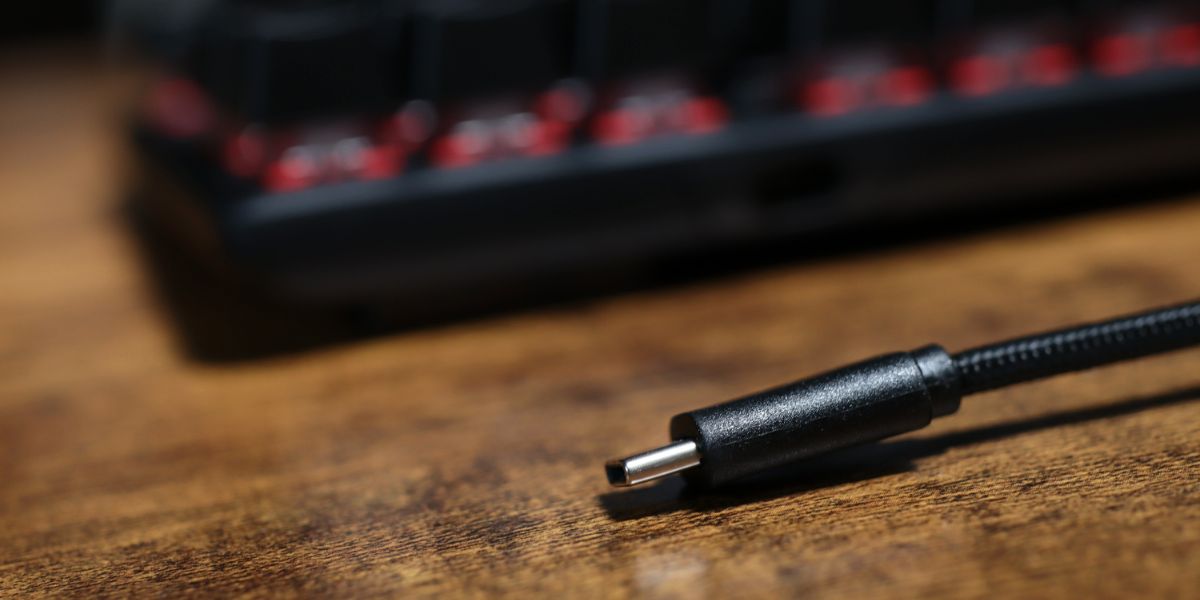 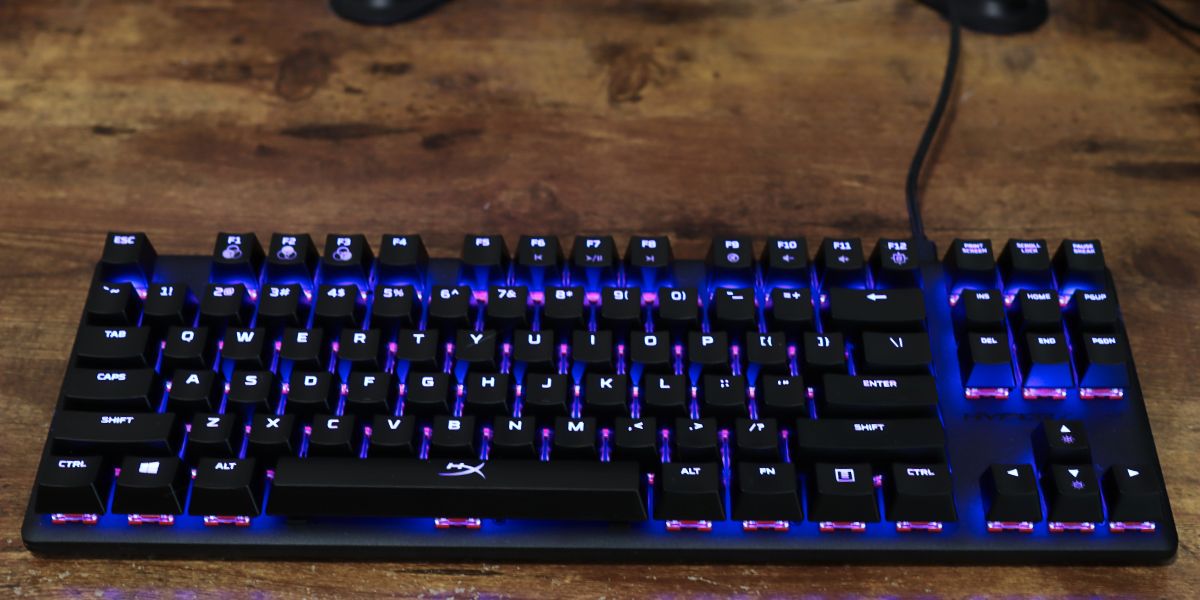 If you’re looking for a highly-customizable tenkeyless RGB gaming keyboard, then you’ll want to pay attention.

HyperX designed the Alloy Origins Core with PC and console gamers in mind. The Core possesses many of the features expected in a mechanical gaming keyboard. RGB is standard and fully customizable, the Core’s switches come in two separate varieties, and the keycaps are easily removed. The Core also has an onboard gaming mode, 100% anti-ghosting, and media function keys.

There are two things that make the Alloy Origins Core different. The first is HyperX’s attention to detail.

For example, the USB-C cable on the unit is detachable. This allows users to quickly pack up the Core or switch gaming environments.

All of these features are built into a sleek black aircraft-grade aluminum frame. This frame gives the keyboard enough heft to feel like a serious instrument, without adding too much bulk when taking the unit on the road. Even with the frame, the Core weighs in at just under two pounds (900g).

What’s in the Box?

The first decision you’ll need to make with the Alloy Origins Core is which switches you’d prefer. The Core comes in two varieties: HyperX Red and HyperX Aqua.

Both switch options offer an operating force of 45g, a 1.8mm actuation point, and are rated for up to 80 million clicks. The total travel distance of each switch is 3.8mm. Keycap markings are laser etched, and the Core uses the ANSI layout.

The difference between the two varieties is in the feel of the switch itself. The HyperX Red is a linear switch and is the softest and least “clicky” of the switch varieties. They are comparable to Cherry MX Red switches, with only a slight decrease in actuation travel.

These switches are still audibly noisier than a membrane keyboard, but if you’re one who prefers a lower volume switch and a less clicky keypress, then the HyperX Red is for you.

The Aqua, on the other hand, is a more “tactile” switch. The keypresses are designed to feel stiffer, and you should notice the actuation point more than you would with the Red. Unfortunately, we weren’t able to test the HyperX Aqua switches, but our research has shown that most users feel these switches fall right between the Cherry MX Brown and the Cherry MX Blue in feel and sound level.

HyperX’s switches feature an external LED below the keycap which is designed to increase the brightness of individual keys. At full opacity, the Core is exceptionally bright. This makes it perfect for late-night gaming sessions.

In our demo, we actually turned the brightness down until it was about 1/3 of the maximum. This resulted in a decently bright glow without affecting late-night ambiance.

The Core demo we received contained HyperX Red switches. We found these switches comfortable for both gaming and general typing. Despite the less-clicky option of the red switches, they still have a nice clack to them under heavy presses.

The noise is enough to know that you’re typing, but not enough to be distracting on Zoom calls or when on the mic during game sessions. The keys are also audibly less noisy than other compact units like our Keychron K2, which is equipped with Gateron Blue switches.

There is a slight bit of pre-travel in the keys of the Core, but for gaming this is preferable. This pre-travel prevents unwanted keypresses during important gaming events.

Two additional features of the Origins Core are included with this keyboard: Game Mode and 100% anti-ghosting. Activating the game mode (press Fn + F12) of the Core disables the onboard Windows key.

This prevents accidental presses of the key mid-battle, which can pull you out of the action. On the right side of the keyboard are two indicator LEDs. When Game Mode is active, the top LED will be lit.

In default mode, the Alloy Origins Core uses a six-key rollover (6KRO) which enables pressing up to six keys and four modifier keys at the same time without any missed presses. But, anti-ghosting is another feature of the Alloy Origins Core that improves the prevention of missed keystrokes. By default, this behavior is set to off.

When anti-ghosting or N-Key Rollover (NKRO) is active, (press Fn + Delete) the keyboard will detect every keypress you make, even when all of the other keys are being pressed.

We tested this feature and found that anti-ghosting didn’t fail even at speeds of around 150 WPM.

The Alloy Origins Core also offers three customizable heights with the included feet on the rear of the unit. These heights offer adjustments of 3 degrees, 7 degrees, and 11 degrees. This means that you can adapt the Origins Core for your play style and individual comfort.

Multimedia keys are included which allow onboard control of audio functions including play/pause, volume, and forward/backward track selection. Using these keys during sessions made it easy to switch tracks or change the volume of our games.

Additionally, the Origins Core allows up to three user-specified RGB profiles to be programmed into the F1, F2, and F3 function keys. These can be set up using the HyperX NGENUITY software that is available via the Microsoft Store.

These profiles allow users to change the look of their keyboard on the fly. We found that setting up these profiles was relatively easy.

However, during our testing, we found that the included keycaps felt high-quality, and didn’t see the need to replace them with anything more flashy. But, if you are interested in further customization, just know that the option exists.

To change the RGB elements of the HyperX Alloy Origins Core, you’ll need to download the HyperX NGENUITY software. This software is available via the Microsoft store and is currently in beta.

While it is slightly confusing why HyperX would choose to include this software as a beta release with a production product, the software functions well enough to customize the Origins Core without too much trouble.

However, the NGENUITY software does feel a bit rushed, and slightly unintuitive. This doesn’t seem to be a problem for now, and it’s workable, but we would like to see a future release that is a bit more polished.

To operate the software, plug in the HyperX Alloy Origins Core to a USB port. You’ll be presented with a menu that will allow you to select lighting behavior, change key macros, and establish presets. You are also able to edit the behavior of the RGB backlighting, change Game Mode functions, adjust brightness, and rebind keys.

The RGB backlighting effects are somewhat lacking, but that is to be expected from a software package that is still in beta. Despite the limited customizability, there were still enough options to keep us busy while we configured everything to our liking.

There are many options to explore within the NGENUITY software, and we recommend playing around until you find a setup that works for you.

This keyboard is specifically for PC and console gamers. It does not currently offer any macOS support. Additionally, the NGENUITY software is not available on any macOS platform. For testing purposes, we were able to get the keyboard working with a Bootcamp Windows installation, but when we switched back to macOS, we lost all functionality.

Related: The Best Gaming Keyboards for The PS4

Can You Repair the HyperX Alloy Origins Core?

While you can remove the keycaps to clean both them and the unit, and you can replace the keys for a new look, the Core is designed to be a plug-and-play unit that will serve you for years.

For any surprise defects, The HyperX Alloy Origins Core maintains a two-year warranty against any manufacturer defects. Based on the build quality, however, we feel that this unit should be going strong long after the warranty period is over.

What’s Not to Love?

Despite the Core’s many features, there are still a few bugaboos that should be mentioned. The first of which is wireless capability. The Alloy Origins Core will not operate without a cable.

This means that if you’re looking for a keyboard that will allow you to untether, then the Core isn’t for you. On the other hand, gamers who appreciate lag-free connections to their peripherals will appreciate the speed at which a wired keyboard responds to key presses.

Secondly, the lack of true on-the-fly RGB effects—like the onboard adjustment of the Keychron K2—limits quick customization. If three profiles are enough for you, then this might not be a problem. But, if you’re one of those folks who likes to change RGB effects frequently, then you’re going to get frustrated with only three options.

Thirdly, if you are looking for an RGB keyboard that will pair with macOS, then you’ll need to look elsewhere. The Alloy Origins Core does a lot, but it does not work with Mac.

Finally, if you’re someone who delights in the ultra clicky sound and feel of Cherry MX Blue-style switches, then the Alloy Origins Core is going to leave you feeling unsatisfied.

Should You Buy the HyperX Alloy Origins Core?

If you’re looking for a well-built compact gaming keyboard, then the Alloy Origins Core is a great choice. If you want a keyboard that is sturdy enough to take a beating, but elegant enough for the most aesthetically pleasing setups, then picking up the Core is a no-brainer. And, if you love to bathe yourself in sweet, sweet RGB, then we think you’ll be more than happy with the Core.

On the other hand, if you’re looking for wireless capability then you won’t find it here. Additionally, if RGB isn’t your thing, then you might want to look for another option. And, if you don’t feel like trudging through the pitfalls of beta software to get everything set up the way you like it, then you’ll probably want to skip the Core.

Getting Down to the Core

For the $89 price tag, this keyboard is one of our favorites. It’s no surprise that the Core has received a lot of praise in the gaming community. We think it’s an awesome pick if you’re in the market for a feature-packed Windows TKL keyboard. While there is something to be said for a keyboard with wireless capability, this isn’t an issue that that should prevent you from buying this unit.

Overall, the Alloy Origins Core is an impressive keyboard at a fantastic price. While it isn’t for everyone, we feel that most gamers in the market for a new keyboard would be foolish not to consider this one.

Use Your iCloud Passwords With Apple’s Chrome...

How to Freeze, Unfreeze, and Lock Rows,...