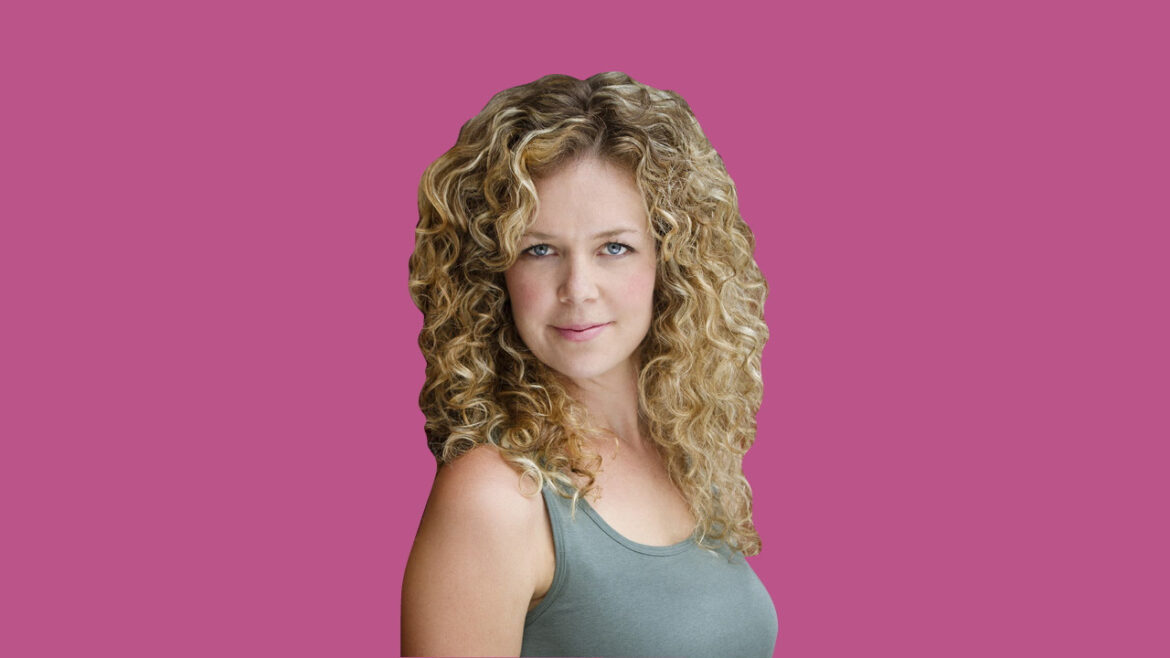 The cast of Workin’ Moms on their IRL lockdowns with kids 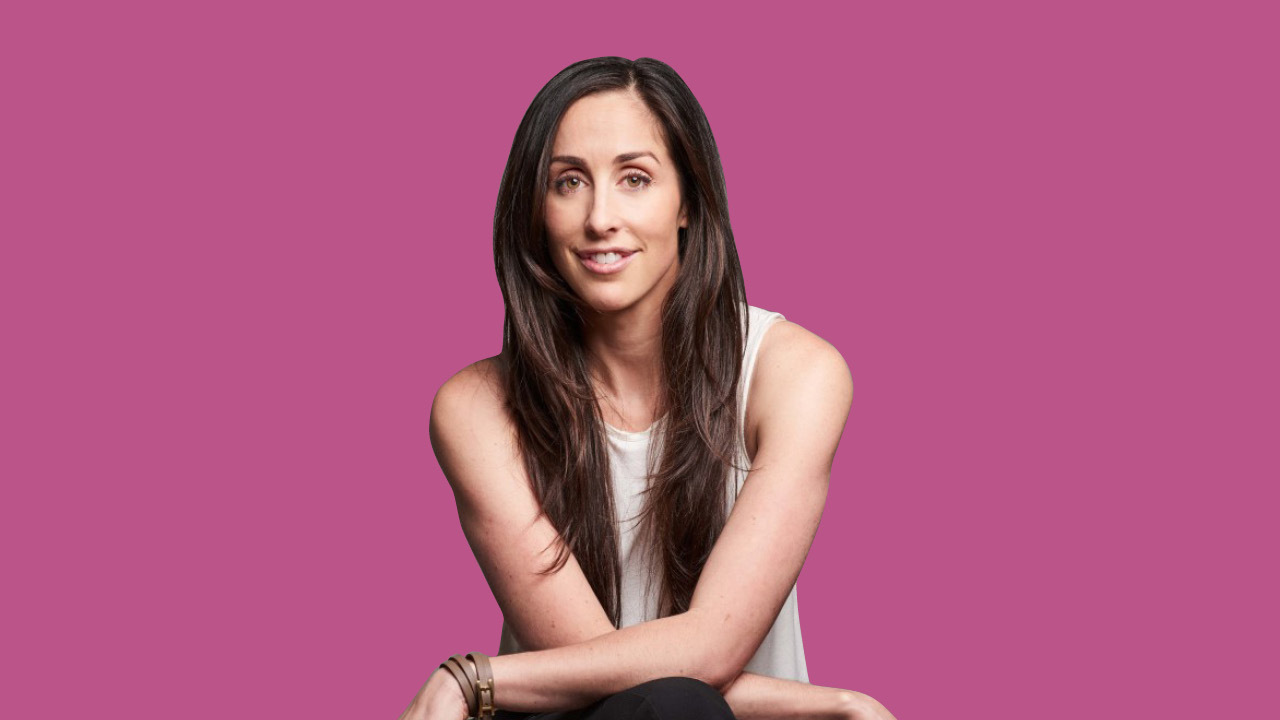 “What would I do if I had an hour with no balloons making fart noises into my hair during an interview? I don’t know, it sounds dull.” — Catherine Reitman

We can only imagine what ridiculous antics her sons came up with last year when she was running the Workin’ Moms writers room on Zoom! 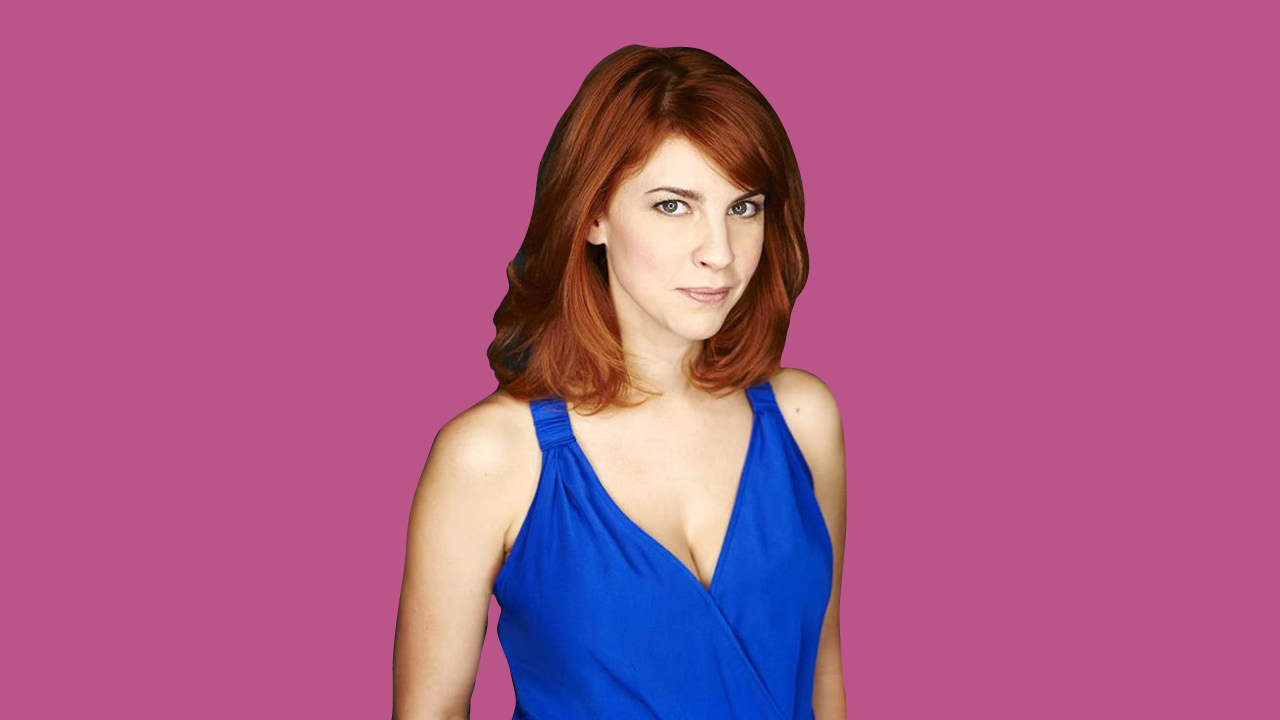 Dani Kind is a mom of two and plays “Anne Carlson”, a mom of two, psychiatrist and Kate Foster’s best friend on Workin’ Moms.

“We are all zombies and a bit grumpy, but somehow still laughing.” — Dani Kind

I have two high energy, loud, loving boys with big personalities and we live in a very small apartment in Toronto with our dog. Our current quarantine homeschooling days typically look like:

One of the boys sits on the counter and makes me a coffee in the new machine my sister gave me for Christmas. They’ve already eaten their first breakfast of the day and are asking for snacks. We listen to Story Pirates and flop around our living room until 7:30 a.m. when they eat their second breakfast.

We log onto grade 2 and Senior Kindergarten classes. Our teachers are amazing and they are working their asses off. The rest of the morning is filled with me running between two rooms assisting with class work and the kitchen—getting snack after snack after snack.

I make my two boys sprint outside our apartment. We race back and forth and then spill into the house and get back on laptops.

We eat, gear up and take the dog to the park.

We are all zombies and a bit grumpy, but somehow still laughing. This is when one of two things take place: a crazed wrestling match or a serious dance party. We play Uno after dinner, snuggle up and watch a movie or take baths and all crawl into my bed. Dog included. 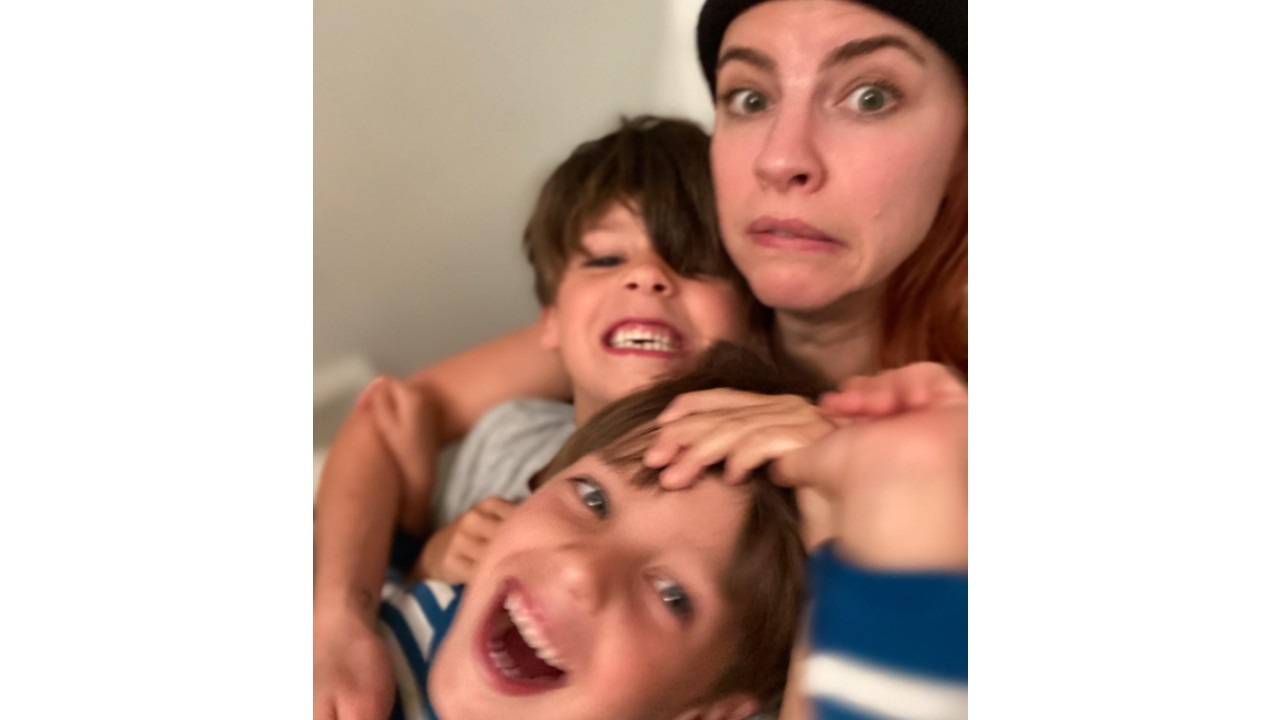 Often at some point during the day, I will take a massive mug of lavender/chamomile CBD tea into the bathroom and lock the door. Or sneak into my son’s closet and close the door for a bit of deep breathing. This is an extremely hard time, not at all what I signed up for and it all comes with guilt and exhaustion and fighting and also some of the greatest and sweetest memories.

I’ve run the gamut of emotions during lockdown and so have my kids. Somehow at the end of each day, we are able to tell one another “I love you.” And for now, I’m holding on tightly to that. 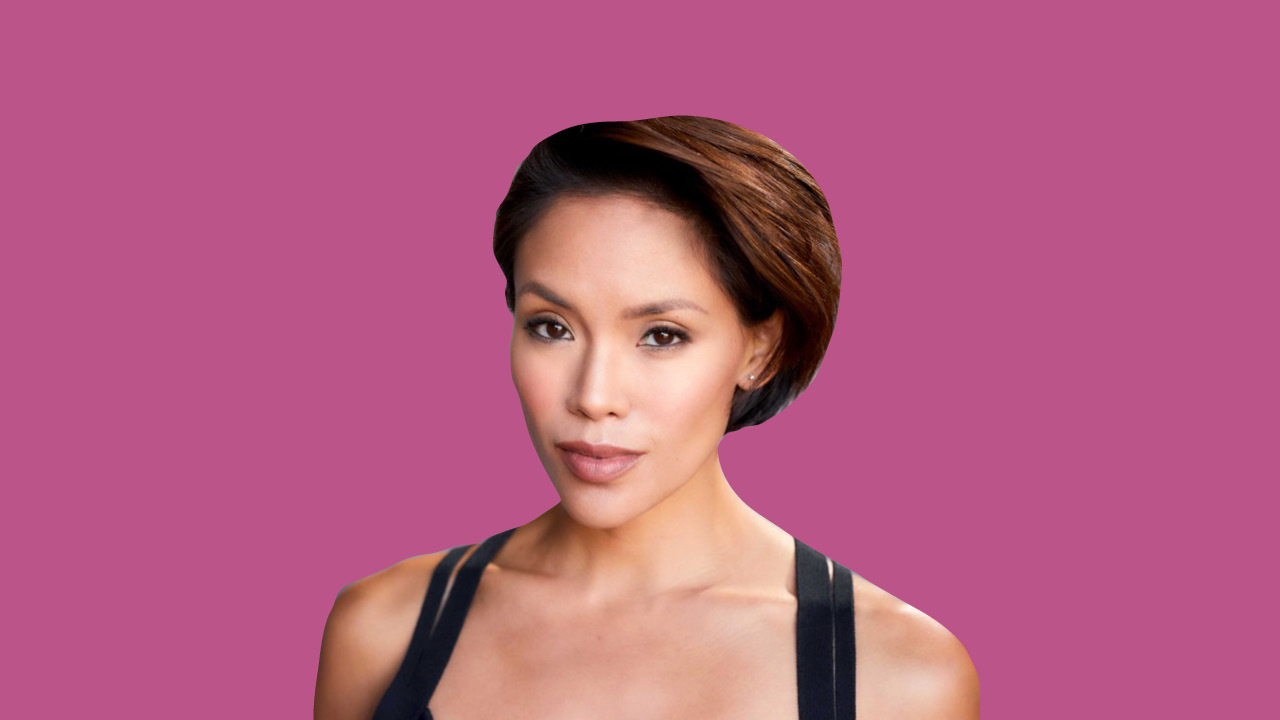 “But seriously, what’s it like to be alone? I genuinely have forgotten what it feels like.” — Jessalyn Wanlim

Don’t get me wrong, I love my son. Like really love him. He’s my precious little rainbow baby who’s made 2020 a lot better for the most part. But I think I’ve lost my mind, cool and marbles more times than I can count, and it’s been an absolute struggle at times not to break down and cry. And yes, I might not have allowed myself to be vulnerable during my first year as a new mom, but honestly I haven’t had time. No time to take a quality shower, maybe shave my legs, finally fix my pelvic floor issues so I can stop peeing myself when I “jump for joy” that my son slept through the night. You get it. The list is endless.

Speaking of endless, how many times have I tried to escape to Instagram only to be bombarded with a bunch of cute selfies where a rested adult is gazing out their hotel window, documenting their first day of quarantine and complaining about all the time they have to be with their thoughts? Or crack open that new book, or shoot a time-lapsed video of a freaking productive workout? What I would give to stare out that window without wanting to bang my head on it, read a book that’s not about parenting, or finish a workout during nap time. But seriously, what’s it like to be alone? I genuinely have forgotten what it feels like.

But you know what’s super fun? When your kid doesn’t rely on milk as his sole source of nutrients anymore, and now you have to figure out how to appeal to his senses so he’ll eat the damn food instead of feeding it to the dog. I mean, I’ve seen the super parents (on Instagram, go figure!) who cut up their food into cute little shapes and stuff. Like, did you already have a star-shaped cookie cutter in your Martha Stewart kitchen? Was it already in your Amazon cart along with your pre-school application when you were 14 weeks pregnant? Because this girl wants to know how you remembered to make the food look cute AND showcase it on social media AND look like you brushed your hair and gave AF.

But seriously, where did you get your super match-y jogger set? Is there an Instagram ad that I’m missing out on? Because this girl is looking a hot mess in her three-day old purple sweatpants where the elastic band is making that crunchy noise because they’re a decade old and loungewear wasn’t a thing back when I bought them.

Well, I sound like a bitter human, don’t I? I swear it’s only because I’m trying my best. And most days it feels like my absolute best is absolute crap. I’m constantly asking if I’m doing enough to help my son grow and develop into a normal child during these times. I question if me putting him in front of the TV while I take a breather is too much screen time and is going to affect him in the long run. If he only eats blueberries for lunch and dinner, am I screwing up his eating habits for life? The amount of doubts that have gone in and out of my mind during this past year have exhausted me.

While I might not remember to pluck my eyebrows these days, I do have to remind myself that I’m a new parent in a pandemic. Which is basically the equivalent of being a superhero in crunchy sweatpants. You’ve conquered a 365-day quarantine with a new child. He’s breathing, pooping, smiling, laughing and melting my heart.

So is there anything I would change about this past year spending every waking moment with my son? Absolutely not. Well, maybe less Instagram. 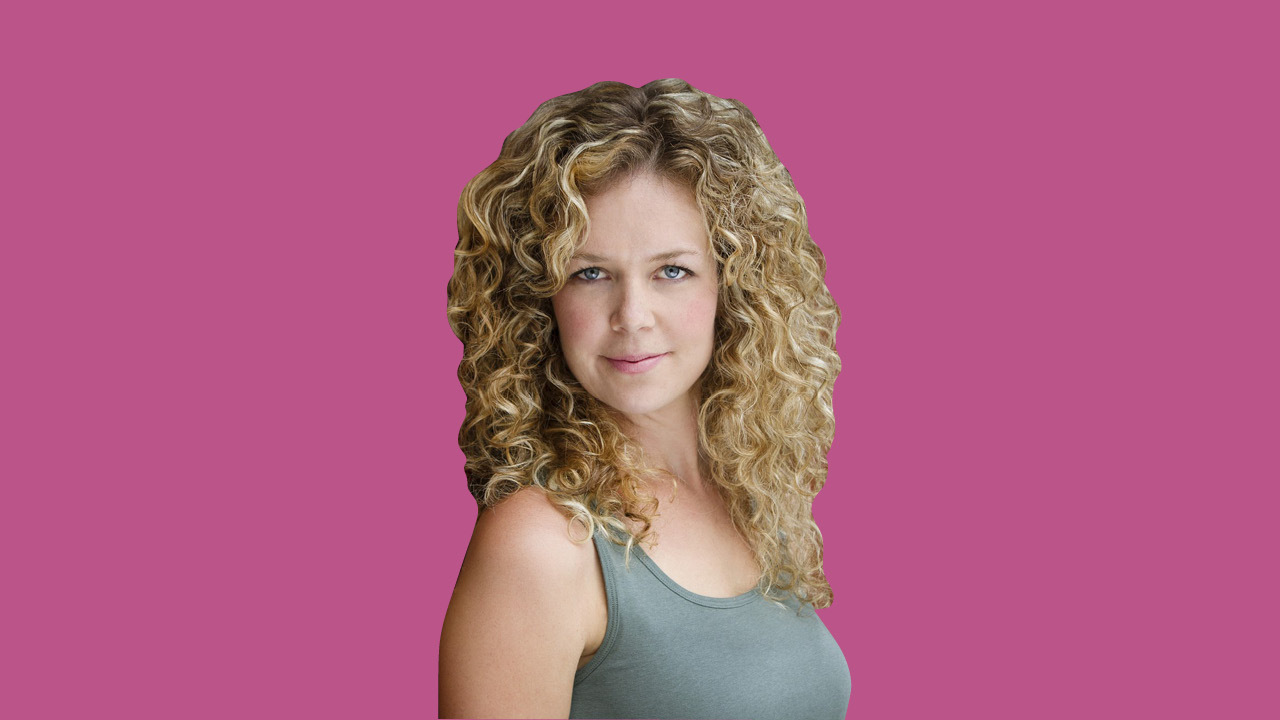 Juno Rinaldi is a mom of two who plays “Frankie Coyne”, a mom of one and realtor on Workin’ Moms.

“What started as a fun, creative way to ‘shake things up’ turned our kids into two of the Seven Deadly Dwarfs: Slothy and Gluttony.” — Juno Rinaldi

Yes days save us, until…

The flyer for the Scholastic Book Club has always been a secret enthusiasm of mine. Something about having this tangible catalogue filled with so many options of cool new books, and at a discounted price, was mesmerizing to me.

The Babysitter’s Club, Choose Your Own Adventure Series, Charles in Charge in Paperback.

Now that I’m a grown up, the Scholastic Catalogue comes for my kids but I think I get more excited than they do! This particular month my son chose a book to buy called YES DAY by Amy Krouse Rosenthal.

**Note: Apparently it’s now a movie starring Jennifer Garner, but I didn’t know that at the time.

My boy loved it. What kid wouldn’t? The whole book is based on kids asking for fun things to do, eat, play—and the only rule is that the parents have to say, “YES!”

So, when the pandemic hit early on in March 2020, my husband and I were struggling with how to make this two-week lockdown work.

A lightbulb went off. Let’s give them THEIR VERY OWN YES DAY!

The kids jumped on this idea with fervor and the night before YES DAY was like Christmas Eve. My littlest regaled me with all the things he was going to do tomorrow. Ice Cream for breakfast. Stay in his PJ’s till dinner. Watch TV all day. Eat Oreos for lunch.

And they did just that. All of it. They had free rein on the entire day.

But, as the pandemic carried on and on, so did this weekly YES DAY.

What started as a fun, creative way to “shake things up” turned our kids into two of the Seven Deadly Dwarfs: Slothy and Gluttony.

We never saw them.

And we all liked it that way. For awhile. Until we realized that these YES DAYS were doing more harm than good.

No one should be springing out of bed at 6:00 a.m. to get a big bowl of Neapolitan ice cream for breakfast. Nor should they be peeling their eyes off of their devices only when a hunger/sugar crash happened due to the devouring of a sleeve of Fudgeos for lunch.

Dinnertime consisted of four pale zombies, shovelling fatty takeout food into our gullets before heading back to the hovel/family room to indulge in yet another marathon of screen time.

I’m not sure really what killed the YES DAY. It could have been that my oldest son started talking to us solely in “memes” or the fact that we realized we had been going through the children’s Tylenol like it was water to ward off all the headaches and upset tummies.

No one was sleeping well. Everyone was irritable and our family room had taken on an odour of its own.

One weekend we broke it to them. We decided to call it all off.

To be honest, the kids put up very little resistance to cancelling YES DAYS. It mostly was a huge relief.

I think one of the lessons we learned is that kids left to their own devices really will eat junk for breakfast, lunch and dinner. And they really will spend 16 hours on a screen. No one was saying “Ah, I think I better round out these Oreos with a salad.”

We realized we still need to helm the ship.

But that’s not to say that in the future we won’t revisit the sleeve of Fudgeeos for lunch idea.

The post The cast of Workin’ Moms on their IRL lockdowns with kids appeared first on Today’s Parent.

Medicine For Babies: 3 Medications Given To Newborn...

4 ways your skin changes during pregnancy—and when...

Why you should have a birth plan—even if...

I pulled my kid from e-learning and...