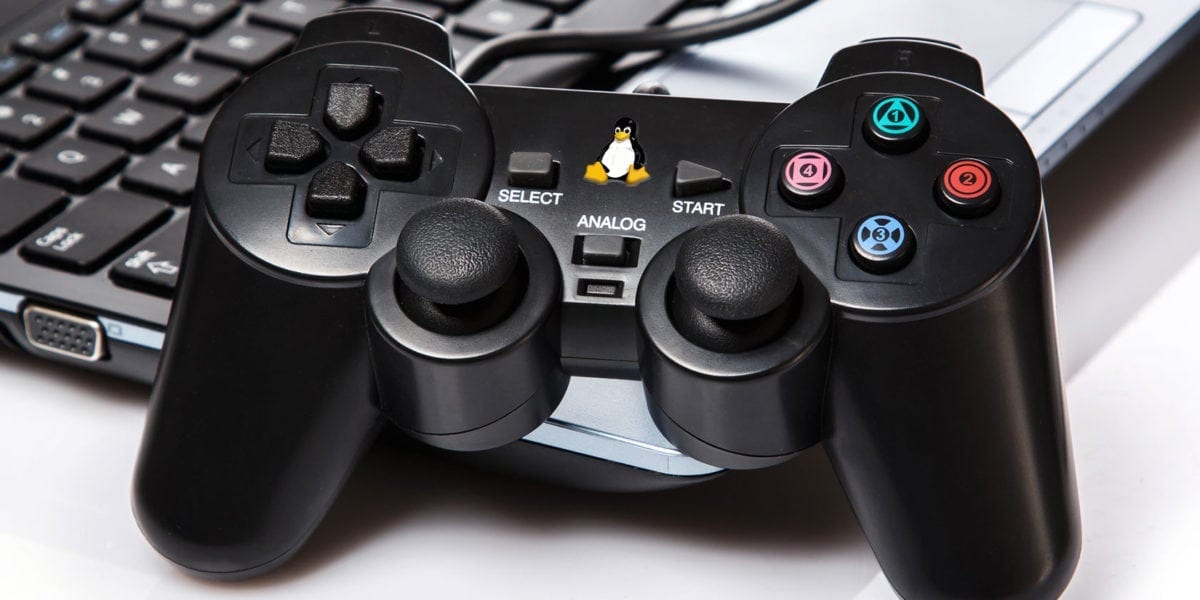 You use a Windows PC, but you’ve been thinking about trying out Linux. The only problem: no games. After all, you can’t play games on Linux, right?

Anything you can do with a Windows computer, you can do with Linux. That includes watching and editing movies, playing local and streamed music, standard browsing and office tasks… and yes, even gaming.

In fact, Linux has almost as many gaming options as Windows, making it a great alternative. Here’s everything you need to know about gaming on Linux.

We’ve established that you can play games on Linux. But how many? How good are they? Do modern titles get released on Linux? So many questions!

In short, there are five types of games you can play on Linux:

Of that list, the first two are the ones that you might be more interested in, coming from a Windows PC. But playing Linux versions of popular games and running the Windows originals within Linux might just open up a whole new world of gaming to you.

2. Where Can I Find Native Linux Games?

No, Linux games are found almost exclusively online—often in the same places you find Windows games. Without a doubt, the first place you should look for Linux games is on Steam. While it might be a proprietary service, the majority of Linux versions of popular Windows games are hosted here. A vast number of titles are available in the Linux library; many top titles are simultaneously released across Windows, macOS, and Linux these days.

All types of Linux games are available on Steam, from top MMORPGs playable on Linux to high-quality strategy games that support Linux.

Note that Linux games are intended mainly for Ubuntu-based distros. You also won’t see the Tux emblem in Steam. Developers Valve released their own Ubuntu-based Linux gaming distro called SteamOS, and Linux games available in Steam display this logo instead.

But you don’t have to use SteamOS to play Steam titles on Linux. Simply install the Steam client on your Linux PC!

Linux games can also be found on GOG, where the former mantra of “good old games” has more recently made way for newer titles. Whatever the era of game, however, many have been packaged with the necessary software (which we’ll come to below) to enable Linux playability. If you’re looking for purely open source titles, then this is the place to go.

Although free, paid, and closed source titles are also available, Penguspy gives you a collection of titles to browse. It’s a good idea to check the ratings before installing. You won’t find the games at Penguspy, however; instead, links to the homepages of each title are provided.

Another online store that sells games for Linux users, humblebundle.com invariably furnishes you with keys for games via Steam. However, you’re likely to find massive discounts through the Humble Store. Similarly, the Linux Game Database (or LGDb for short) has a great collection of games. Again, you can check screenshots, read descriptions, and check ratings. Unlike Penguspy, however, LGDb will provide links to almost every Linux game going, including those on Steam.

The home of indie games on the internet, itch.io features a number of Linux games. You can identify these via the Tux logo, or find them all via this filter page.

Another crucial site for indie games and developers, Game Jolt also includes a number of Linux games within its library.

Another place to find Linux games is to install a Linux operating system that has been designed just for games. These distributions have the games either built in, or accessible from the repository or app store.

Our list of the best Linux gaming operating systems should help you out here. But note that you don’t NEED a games-focused flavor of Linux. Almost all Linux distros have games available in their repositories.

What About Portable Linux Games?

If for some reason you prefer your Linux games to run off external media (such as a USB stick or SD card), then portable games might be more suitable. A good selection of these can be found at portablelinuxgames.org.

3. How Can I Play Windows Games on Linux?

Concerned that you won’t be able to play your favorite Windows games on Linux? Don’t be.

The overwhelming majority of Windows games that have not been released on Linux can nevertheless be run using Wine. This is a piece of software that creates the right environment within Linux for the Windows games to be run. Three options are available for Wine.

If none of these solutions works for the game you’re trying to run in Linux, try installing a Windows virtual machine instead.

4. What About Terminal Games for Linux?

Amazingly, it’s even possible to play Linux games in the terminal. If you’re not keen on graphics-heavy first person shooters (FPS) and MMORPGs, and prefer the simplicity of ASCII graphics, this might be the option for you.

A great selection of terminal games can be found at ttygames.wordpress.com. Many of these titles evoke the early 8-bit era with their rudimentary graphics, so prepare for a nostalgia hit!

5. How Do I Play Retro Games on Linux? If you’re into old games, revisiting nostalgic classics from yesteryear, or simply enjoying them for the first time, Linux is the perfect platform. Unlike modern gaming, you can enjoy retro gaming on lower spec computers.

Even the Raspberry Pi, which has a whole selection of emulation suites to choose from!

Many options are available for playing retro games on Linux. Some are available on Steam; others can be accessed via the Internet Archive; older MS-DOS PC games can be emulated in DOSBox. Our roundup of retro gaming options for Linux covers all the bases.

6. How Do I Host Online Games on Linux? Linux gaming doesn’t end when you save the game. You can install the server version of Minecraft for group online play. You can go further by installing SteamCMD, which lets you host many Steam games for online multiplayer action.

There’s also the Linux Game Server Manager software, which makes hosting online games easy to use. Our guide to hosting games on Linux covers all you need to know.

7. How Do I Play Browser Games on Linux?

As well as games that you install locally, Linux users can play browser games. This might be anything from Facebook games to browser-based MMORPGs.

Our list of the best free browser games will get you started, as will our look at browser-based FPS titles. Just make sure you’re using an up-to-date browser on your Linux PC.

Linux Gaming Is Great and Here to Stay

While Linux gaming isn’t quite mainstream yet (although if we consider that Android is based on Linux, then the opposite is true), it is nevertheless the best alternative to Windows for PC gaming. Steam’s support is a major driver for this, but other factors are in play too.

At the very least, retro gaming is perfect for Linux. However, we reckon Linux is the perfect alternative to Windows for all but the most hardcore PC gamers.

The Best 18650 Battery and How to Avoid Buying Fakes

Once in a Blue Dune

The Last of Us TV Show: Your Questions,...

How to Fix the SSH “Connection Refused” Error...

The 10 Best Food Documentaries to Watch...