Home Adult Tech How to Vectorize an Image in Adobe Illustrator 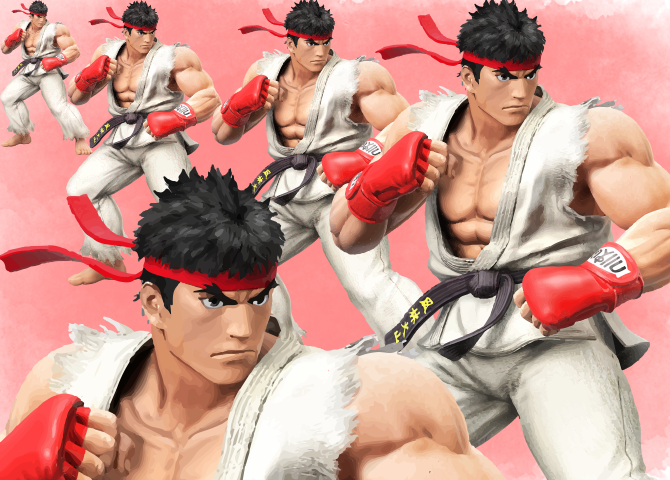 How to Vectorize an Image in Adobe Illustrator

There are two types of digital images: rasters and vectors.

Raster images are made up of individual pixels, and contain tremendous amounts of detail. However, you can’t enlarge them without losing quality.

A vector image is made from lines and shapes. They’re usually less detailed, but you can make them as big as you like without losing anything.

What Is a Vector Image?

A vector image is a scalable image comprised of values rather than pixels.

The geometry which comprises vector images is formulaic, making them resolution-independent. That means images don’t lose quality when they’re scaled up or down, since the color polygons in a vector image will always maintain their shape. The same is not true for raster images, since the color information of these images is stretched when scaled.

Once you know how to convert a JPG file to a vector in Adobe Illustrator, you’ll be able to scale anything you find to the size you want—without losing image quality.

Step 1: Pick an Image to Convert to Vector

The image you use won’t matter when using the following process, except for the fact that larger images will take longer to edit. There are some images, however, that work better as vector images than others.

It’s better to edit a single subject than a landscape or the like. Preferably, the image should have a white or transparent background and have a relatively low resolution. It’ll need to be in a format like JPG, GIF, or PNG.

Illustrator has a special tool that lets you vectorize images. It’s called Image Trace and it comes with a range of presets that do most of the work automatically.

Broadly speaking, you should use the Image Trace preset that most closely resembles the type of image you’re converting, as each one produces different results.

To get started, open your image in Illustrator and select it to activate the image options. These options should be present at the top of your Illustrator window.

Click the dropdown arrow next to Image Trace to select your Preset. We’ll be using Low Fidelity Photo. Click it to begin tracing.

Note the pixelation. Here is the image after the process:

While much of the detail has been stripped from the original image, the traced version appears much sharper. You’ll note the color shapes do not pixelate no matter how close the image is zoomed.

Zoomed out, the image should look virtually the same. Here is our overall image before editing:

Here is our image after editing:

While the top image may appear sharper in some instances, the quality of our vectorized image is still pretty impressive.

Once you’ve traced the image, open the Image Trace panel from the Window menu to fine-tune the conversion.

Select Mode to switch between color, grayscale, and black and white. Also, drag the Colors slider left to simplify your vector image, or right to add more detail.

Your image has now been ordered into colored shapes fitting the original raster image. In order to finish your vector, you’ll need to separate these color groups to edit them. To do so, select your traced image and click on the Expand button on the top of the window.

In your Layers panel, you’ll see that your color groups have been separated into layers.

After converting a raster image to a vector, you have free range to edit the image.

Begin by deleting whatever color groups you desire. You can select whole color groups by clicking on a shape and heading to Select > Same > Fill Color. This will select all groups with the same color as the one selected using your Direct Selection tool (A).

Then hit Backspace on your keyboard to delete the shapes. If you’d like to modify or expand a particular color group, you can do that as well by selecting a layer using the Direct Selection tool. After you’ve selected a layer, fill in empty spaces or add additional colors to your design using the Pen or Brush tools.

Step 7: Save Your Image

Here is the original image after deleting the pesky white background and modifying the image slightly using the method presented above.

Now we’re ready for the final step in converting an image to a vector in Illustrator: saving the image in a vector format to preserve its quality. There are a variety of vector image formats to choose between: PDF, AI, EPS, SVG, and others. We’ll use the SVG format, which has wide support across all design programs.

When you’re finished with your image, head to File > Export > Export As. In the following window, title your file and select SVG in the dropdown menu beside Save as type.

That’s it. Your scalable vector file should now be saved onto your computer.

Now you know how to convert an image to a vector in Illustrator. You can scale your new creation to whatever dimension you wish, without any loss of quality.

Keep in mind that complex vector files can be significantly larger than their raster counterparts. That means they may take longer to load and edit. Nevertheless, your vector image will maintain its quality no matter the scale.

Audacity 3.0 Has Been Released With Support for...

9 Tips and Tricks to Master Procreate on...

How to Make Your Yeti Microphone Stop Flashing...

How to Take Care of Your Camera...

The 7 Best Amazon Alternatives to Buy...

How to Use Old Games and Software...