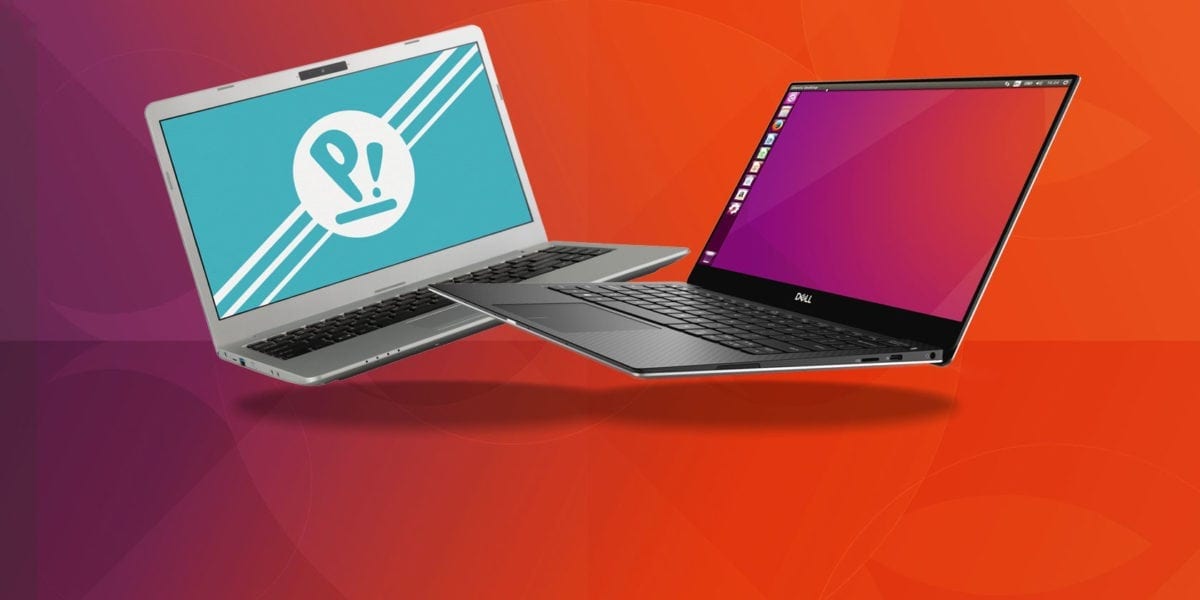 Linux PCs are often a do-it-yourself (DIY) venture. However, many vendors are starting to provide pre-built Linux laptops and desktops.

Why Buy a Linux Laptop?

While you can purchase a Linux laptop, it’s simple to create your own with any of the countless Linux distributions (distros) freely available.

So why buy instead of build? A pre-built Linux laptop offers a computer that’s ready for use out-of-the-box. There’s no hassle of installing a Linux operating system and potential troubleshooting. Additionally, buying a Linux laptop from the right supplier affords tech support.

Dell and System76 (particularly the latter, as a dedicated Linux manufacturer with its own Linux operating system) provide fantastic support options. If you’re in the market for a Linux laptop or desktop, let’s find out which rig is right for you.

Dell’s XPS 13 Developer Edition boasts a 13-inch screen in full 1080p. Opting for 1080p means the Galago Pro yields a bit more screen real estate. As such, the HiDPI display found on the Galago Pro easily trounces the screen on the XPS 13.

Compare that to the Galago Pro’s available 32GB of DDR4. Because the Galago Pro uses DDR4 and as high as twice the RAM of the XPS 13, it’s a better machine. Notably, the XPS 13 can accept greater than 16GB of RAM. However, that’s the maximum you can order from Dell. Adding more requires purchasing the memory and adding it yourself.

Since the XPS 13 Developer Edition and Galago Pro are premium laptops, both come outfitted with backlit keyboards. The XPS 13 is comprised of recycled ocean plastics for an eco-friendly design, whereas the Galago Pro chassis is aluminum.

The aluminum chassis on the Galago Pro tops the plastic body of the XPS 13. Nevertheless, its environmentally friendly construction makes the XPS 13 a sustainable PC option. Similarly, backlit keys lend a premium vibe.

While the XPS 13 is no slouch and you won’t confuse it with the extremely budget-conscious Pinebook, the Galago Pro wins with its brushed aluminum chassis. Both the Galago Pro and XPS 13 offer Ubuntu 18.04 LTS as an operating system choice. However, the Galago Pro also comes with an option of Pop!_OS 18.04 LTS, a Linux OS created by System76. It’s an Ubuntu derivative which differs from vanilla Ubuntu while providing a similar experience.

Overall, Pop!_OS from System76 is similar to Ubuntu but with a few key differences: fewer pre-installed apps, fantastic desktop support, a lush user interface, among others. Whereas the XPS 13 only offers Ubuntu, the Galago Pro comes with two Linux OS choices.

Furthermore, System76 specializes in Linux PCs and as such provides quality support. That’s not to say Dell’s support is inferior. But since System76 specializes in Linux PCs, its capabilities are better suited to troubleshooting issues. Furthermore, System76’s impressive lineup includes a wide array of machines such as the Gazelle. When it comes to Linux, they know their stuff.

Similarly, operating systems available on the Galago Pro include Ubuntu and Pop!_OS. The XPS 13 only comes with Ubuntu.

However, the XPS 13 bests the Galago Pro at battery life. In its review, ARS Technica found a middling three and a half hours of battery life. That’s not terrible, though for a lightweight laptop competitor to the Apple Macbook Pro and Dell XPS 13, it’s pretty measly.

Nevertheless, the Galago Pro delivers a performance wallop in a small form factor while allowing for expansion and user serviceability. It’s a rarity among laptops as a pre-built Linux machine, but also as a mobile rig which balances power with portability.

Looking for something more affordable? Check out the best cheap Linux laptops you can buy!

How to Edit Videos on a Steam Deck

GNOME Boxes: An Easy Way to Set Up...

How to Use Pastebins From Your Linux Terminal...

Why Does Linux Have So Many Distributions?...

What Are Linux Metacharacters? Everything You Need...