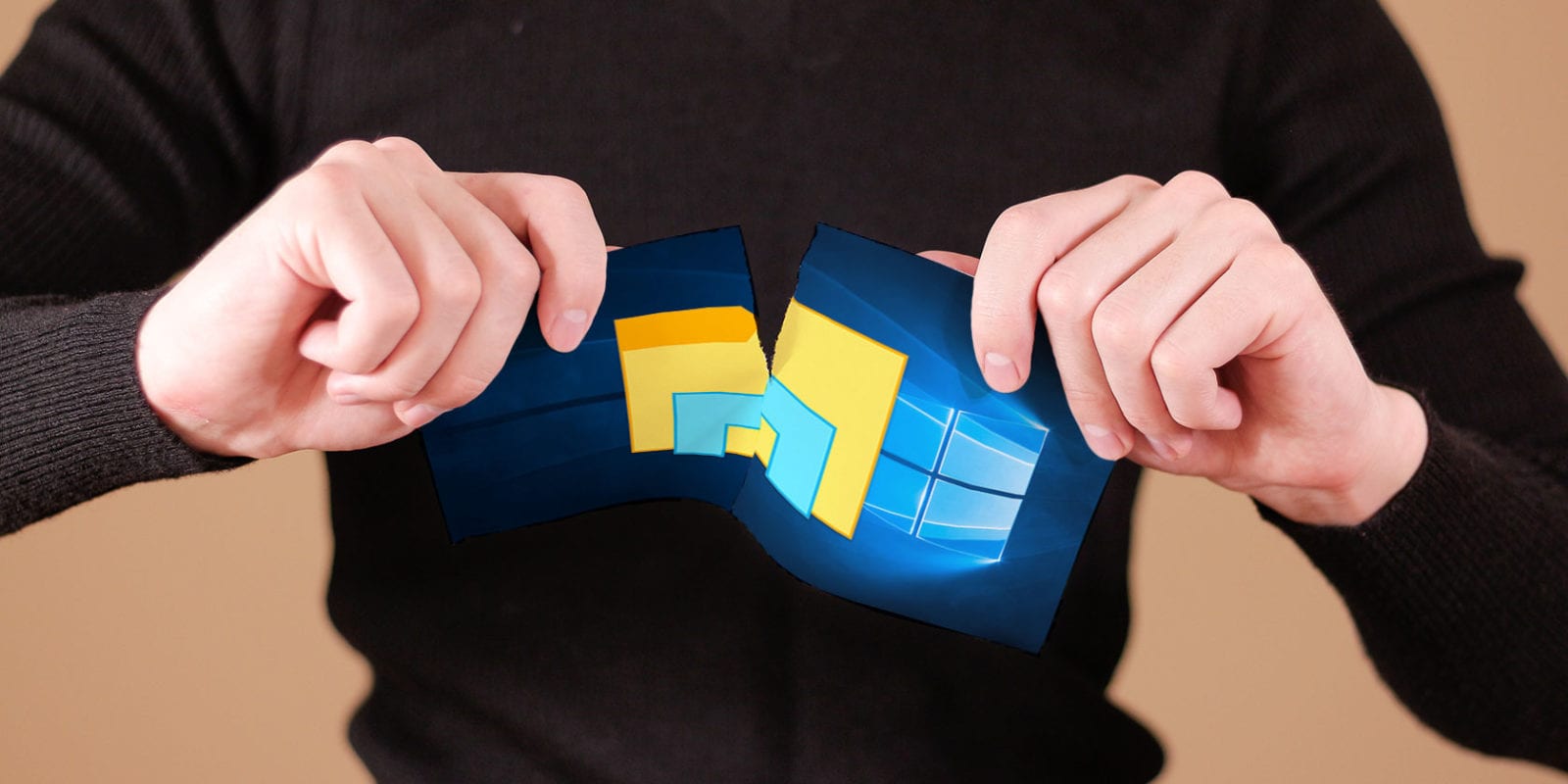 If you spend a lot of time using File Explorer in Windows, it’s easy to become weary of its idiosyncrasies. Why can’t you integrate non-Microsoft cloud storage providers? Why can’t you edit and delete the folder shortcuts in This PC? And why hasn’t Microsoft introduced tabbed browsing?

Perhaps it’s time to dump File Explorer and use a third-party alternative? If you’ve never looked into what’s available, you might be surprised. Here are the seven best Windows File Explorer replacements. XYplorer is one of the best Windows Explorer alternatives. But what makes it so good?

Firstly, it’s portable. That means you don’t need to worry about it not being available on other computers you have to use during the day. Just keep it loaded on your USB stick along with all your other useful portable apps.

Secondly, it’s got an impressive feature set that will appeal to both casual users and hardcore geeks.

For example, the explorer has tabbed browsing. The tabs function like a web browser’s tabs; you can reorder them, drag files between them, and pre-configure them. The app also boasts support for custom scripts, customizable fonts and colors, and secondary sorting.

XYplorer has both a free and paid version. The paid costs $39.95 for a lifetime license.

If XYplorer doesn’t meet your requirements, check out Directory Opus instead.

It arguably has a steeper learning curve than XYplorer. While the previous app takes many of its design queues from Windows File Explorer, Directory Opus introduces more of its own style decisions. If you’re prepared to spend the time learning where to find everything, you will be handsomely rewarded. Features include support for synchronizing files and finding duplicates, scripting capabilities, graphics that allow you to flag and check mark files, and a customizable status bar.

The lite version costs about $40 while the full version is $70. A 60-day free trial is available.

fman is the least Windows-like app on the list so far. It’s self-described as “GoTo on steroids.”

Perhaps the best thing about fman is its cross-platform support; it works on Mac and Linux as well as Windows. If you spend a lot of time jumping between the three operating systems, it’ll provide a sense of continuity in your work.

Nonetheless, if you’re a beginner, this probably isn’t the app for you. fman is mainly aimed at software developers and other tech-savvy pros.

Feature-wise, it always displays the contents of two directories to make moving and copying files a breeze. It also has an extensive list of plugins for additional functionality and it has full keyboard shortcut support.

It’s free to download and use, but an update license costs $12. Free Commander is the first entirely-free software on this list. If you’re not a power user and you don’t want to pay for a Windows File Explorer replacement, this is probably the app for you.

The app doesn’t try to confuse users with lots of features most people will probably never use. Rather, it aims to offer an alternative solution that remedies some of the glaring omissions within the native Windows app.

So, if you’re a first-time user, what can you expect? Free Commander offers a tabbed interface, dual panels for easy drag-and-drop, built-in support for archive handling (ZIP files), folder synchronization, definable shortcuts, and even a DOS command line. The second entirely-free app on the list, Explorer++ makes the cut because it’s open source. That means the community can keep working on it for as long as they wish—there’s no danger you’ll be tied to an unsupported app at some point in the future.

Interestingly, it’s also one of the most basic apps on the list. It looks the most similar to Windows File Explorer and offers the fewest enhancements.

Despite that, the enhancements will lift most users to a new level of productivity. You will enjoy tabbed browsing, the ability to merge and split files, and a display window for file previews. Most of the apps I have shown you so far have focused on one computer. Altap Salamander is the first Windows File Explorer replacement that makes a big push to offer extensive networking tools.

Network protocols such as FTP, FTPS, SCP, and SFTP are all supported. It makes transferring files over the internet exceptionally straightforward.

The app also offers support for more archive file types than its rivals. It can work with ZIP, RAR, 7-Zip, ISO images, and UDF images.

Altap Salamander offers one other unique tool: a built-in password manager. It means you can protect any sensitive or personal files using secure encryption techniques, thus stopping them from falling into the wrong hands.

Costing around $27 (depending on the current euro exchange rate), it’s also one of the most reasonably-priced paid apps. TagSpaces is an open source file organizer. It’s seemingly targeted at light users and people who want to keep everything organized on their machine without using a full-featured file manager.

It works by adding user-defined tags to all your files. For example, you could tag things as “Photos,” “Recipes,” “College,” and so on. You can color-coordinate your tags, then organize them thematically into groups for easy recall.

Best of all, because it works on Windows, Mac, Linux, and Android, you can stay coordinated regardless of which device you’re working on. The app even boasts Chromecast support.

The Best File Manager for Windows 10

Each app will appeal to a different type of user. People looking for a small amount of added functionality should consider Explorer++ or Free Commander. If you’re a power user, check out XYplorer or Directory Opus. Developers need fman, networkers need Altap Salamander, and if you want something completely different, download TagSpaces.

If you’d like to learn, check out our list of tips and tricks for Windows Explorer. And if you’re interested in other great tools, take a look at this list of the best Microsoft Store apps for Windows 10.

The Best Linux Software and Apps

DirectStorage Is Coming to Windows 10: Here’s How...

How the LemonDuck Malware Targets Businesses and How...

How to Fix “There Was a Problem Resetting...

7 Ways to Fix a Keyboard That Types...

How to Vectorize an Image in Adobe...

How to Install and Optimize Minecraft on...