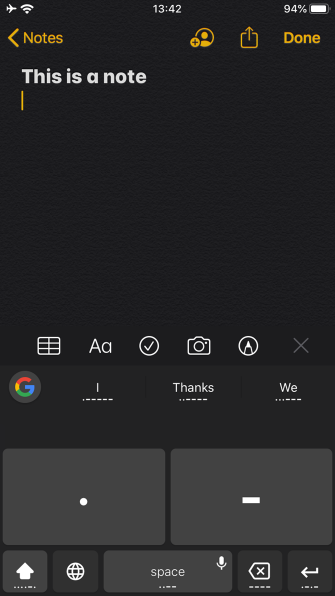 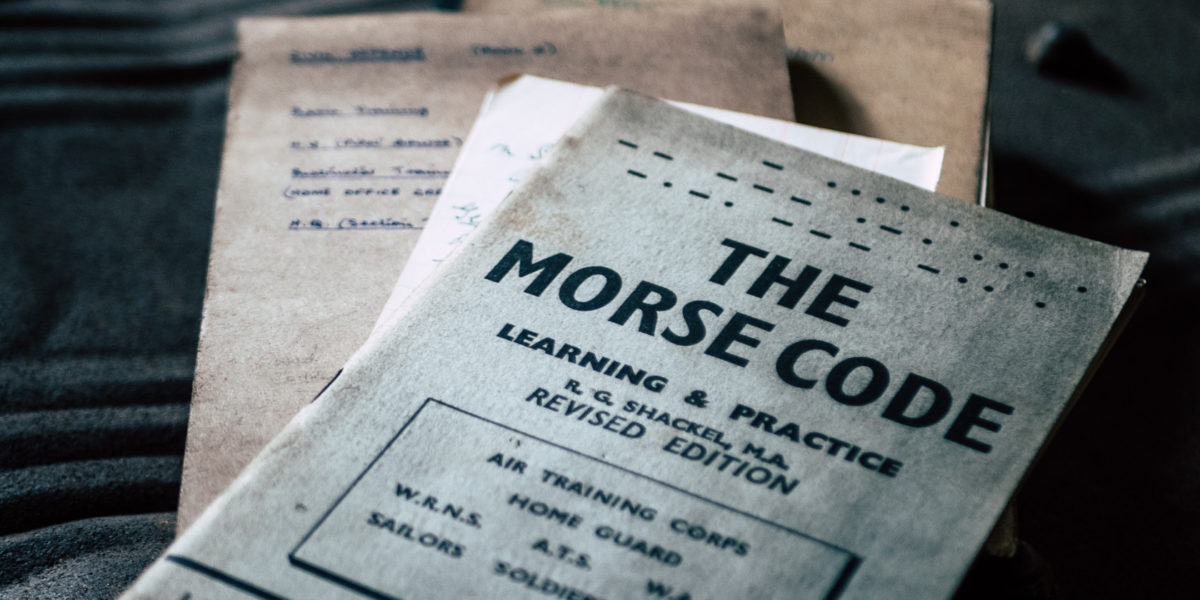 Morse code was once a revolutionary form of communication, as it allowed people to transmit messages electrically over long distances. While it’s fallen out of favor due to modern technology, you’ll still find cool Morse code software to make use of it in the 21st century.

Let’s take a look at some Morse software you can use to transmit messages and have fun with Morse code.

Chances are that you don’t know Morse code by heart. It’s easy enough to find a key or flowchart online to translate the code, but you might be interested in fully learning it on your own.

If that’s the case, check out Google’s Morse Typing Trainer tool. Google released it alongside support for Morse Code in its Gboard keyboard for Android and iOS. This is primarily intended as an accessibility tool for people who have difficulty typing on a standard keyboard, but anyone can use it to send Morse code from their keyboard.

This tool uses visual aids to help you associate each letter in Morse code with its dots and dashes. For example, for the letter “B,” which is represented by “. – – -” in Morse code, it shows a banjo with a dot in the middle and three dashes going up the neck. You can access a demo of the service on your desktop, but it’s intended for use on your phone using Gboard.

First, download Gboard if it’s not already on your phone. To open the app’s settings, select a text field to bring up your keyboard. If another keyboard appears, tap the Keyboard icon in the bottom-right corner and switch to Gboard.

Next, hit the arrow at the top of the keyboard to show a list of icons. Select the three-dot Menu button to show more items, then tap the Gear icon to open Settings.

From here, select Languages and tap the existing English (US) entry. Scroll all the way to the right and select Morse code. Below this you can change a variety of settings; tap Done to add the Morse code keyboard.

To switch between the standard keyboard and Morse code, tap the Globe icon in Gboard.

Download Gboard from the App Store if you don’t have it yet, then open the app from your home screen. Once you’re here, select Languages, then Add language. Scroll down to the bottom and select Morse Code – English for whatever region you prefer.

Now Morse code is added to your keyboard. To switch to it, tap the Globe icon in Gboard. You’re then ready to type in Morse code on your iOS device. If you don’t want to commit to learning Morse code, you can still use tools like the Morse Code Translator to send and receive Morse code on your computer.

This site lets you enter a message in English to see the equivalent in Morse code. It also supports showing the English output for Morse code characters. Once you’ve typed out a message, you can hit Play to hear the code. Check the Light box to also show corresponding flashes.

It’s also easy to share your Morse code with others. Click the Save button to download a copy of the audio in WAV format. Or use the Send button to create a unique URL that you can send to friends. When they open it, they’ll hear the message, see flashes, and watch the English characters appear in real-time.

This site has several other resources related to Morse code, including a virtual keyer, text guide to the characters, and information on message timing.

3. Morsecode.me: Communicate With Others in Morse Code One of the coolest online Morse code programs, morsecode.me allows you to join chatrooms and talk to other people in Morse code. As people type, you’ll hear the corresponding sounds and see the text appear in real-time.

The service offers several channels depending on your proficiency level. The default is channel 1 for beginners, while more experienced users can switch to a different channel using the top menu.

Give it a try if you’re confident enough in your Morse code skills to communicate back and forth. There’s a key on the right side to help you out, but the site mentions that this is for people who know Morse code. Thus, you should take care to be respectful and not clog up the chat. Years ago, we covered a free Morse code decoder software called CwGet. It’s still around, but it’s fairly clunky and only available for Windows. You can achieve the same effect with Morse Decoder, which is made by the same person as the Morse Code Translator service mentioned above.

This service lets you either upload an audio file containing Morse code or listen to audio from your computer’s microphone. It will display the characters in the message as it detects them. You can also see a basic graph of the input below.

If you wanted, you could use this tool to send secret messages to your friends in Morse code. However, you’ll need to encrypt them in some way, as anyone who has access to the raw audio can easily decode the Morse code text using a service like this. You might hide the Morse code file as a single track in a multi-track audio file, for instance.

However, this is probably overkill for most people. You’re better off with easier self-destructing apps to send secure messages.

Even if you’ve never used Morse code before, we hope you can have some fun with this collection of free Morse code software. They’re available to use on any platform and make learning, translating, decoding, and communicating in Morse code simple.

Due to its storied history and universal nature, Morse code is a wise skill to pick up. And it’s easier than learning a new language. For more like this, check out alternative ways to type on your Android phone.

The Best Email Apps for Your iPhone You Must Try

How to Use the Emergency SOS Feature on...

What Is Anti-Aliasing and How Does It Improve...

Is Virtual Reality Really the Future of Everything?

10 Hidden Modes in Windows and How...

Which Food Delivery Apps Pay the Most?...

Is Your Antivirus Tracking You? Here’s What...