Home Parenting When is it safe to put a pillow in your toddler’s crib or bed? 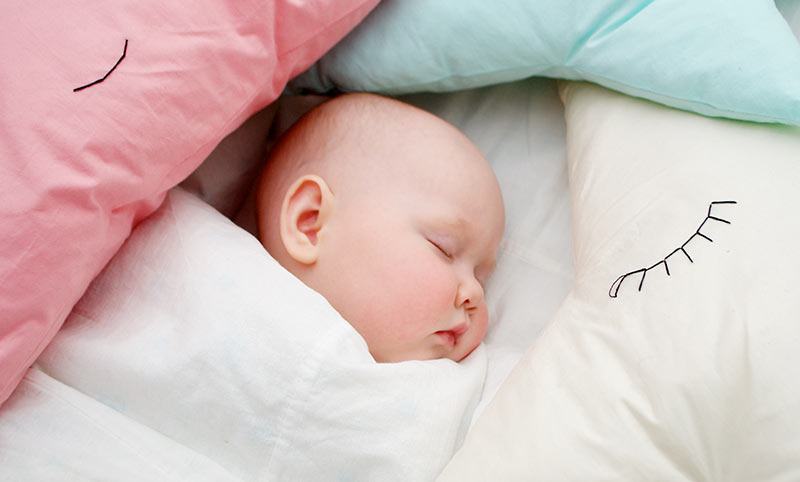 When is it safe to put a pillow in your toddler’s crib or bed?

Like many new parents, my husband and I fretted about sleep struggles when our son, Zayn, was born. We wished his naps would stretch longer and we dreamed about the day he’d finally start sleeping through the night. But our top concern was sleep safety and protecting him from sudden infant death syndrome (SIDS), the unexplained death of a seemingly healthy baby less than a year old.

We followed the Canadian Paediatric Society’s safe sleep guidelines as best we could: putting him to sleep flat on his back (never his tummy) and keeping the bed free of suffocation and entanglement hazards like pillows, crib bumpers, stuffies and blankets. But once he reached a year old and was no longer considered to be at risk for SIDS, we definitely eased off a bit.

Soon Zayn was cuddling with his old swaddle blankets instead of being wrapped up in them, and a rotating cast of favourite stuffies would join him in his crib each night. When he was 25 months old, we were forced to transition our little climber into a toddler bed, and it wasn’t long before he was creating a makeshift pillow for himself: He’d tuck a stuffie or beloved blankie under his head on his own. Would it be safe, we wondered, to introduce a real pillow?

It turns out, the answer isn’t clear-cut. Neither the Canadian Paediatric Society (CPS) nor the American Association of Pediatrics (AAP) has an official recommendation on when to allow your child to start using a pillow; their safe sleep guidelines cover children only from birth to one year.

“The easier question to answer is, when is it not safe?” says Michael Dickinson, a paediatrician and CPS spokesman in Miramichi, NB. “In kids less than a year of age, we worry about pillows and other items in the crib being a risk factor for SIDS. We would never recommend pillows for kids in the first year of life.”

Lori Feldman-Winter, a practising paediatrician in Camden, New Jersey, and a former member of the AAP’s Task Force on Sudden Infant Death Syndrome, says that researchers don’t know exactly why infants suffocate by pillows, just that they do. “We presume it is due to the immaturity of the brain and an infant’s inability to free the airway from being obstructed,” she explains. By age one, both the child’s brain and mobility should be developed enough to help protect them when they’re sleeping. But she still thinks there’s no rush to add a pillow to your kid’s bed. “You have a child who’s used to sleeping with no pillows or other objects in a crib, so why would we introduce something else?” she says.

Feldman-Winter recommends that the safest time to introduce a pillow into your toddler’s sleep routine is when they transition out of their crib, which she says could happen any time after they turn one. If they’re still sleeping in a crib, she worries that a pillow could get caught in a crib’s slats and potentially obstruct a child’s movement or airway. Once a kid is sleeping in an open bed, whether that’s a toddler bed or even just a mattress on the floor, Feldman-Winter considers it safe to add pillows, comforters and typical bedding.

Without clear guidelines from the CPS or AAP, however, many parents are just winging it. After doing some online research, Suzanne Smith, a mom of two in Burlington, Ont., gave toddler pillows to her two kids when they were two years old and still sleeping in their cribs. “I thought having a pillow in their crib first would help with their eventual transition to a big-kid bed,” says Smith. While her two-and-a-half-year-old son is just beginning to transition into a “big-boy bed,” she thinks it really helped with her eldest child, who’s almost five. “Bringing a comfort item from her crib seemed to make the move less scary for her.”

Once you’ve decided your toddler is ready to start sleeping with a pillow, don’t just give them an extra pillow from your guest bed. A fluffy adult-sized pillow isn’t an appropriate starter choice. Look instead for one that’s small, thin and reasonably firm. There are many toddler-specific pillows on the market that are suitably sized for still-developing necks and spines.

If your little one has sensitive skin, a hypoallergenic pillow is an ideal choice. Don’t forget to throw the pillow into the wash occasionally to keep it clean and to rinse out allergens—a small toddler pillow should fit easily into your washing machine.

If your kid doesn’t like using a pillow right away, don’t worry. Smith’s son pitched his pillow out of the crib on a nightly basis for the first while, and my son prefers to sleep with a robot-print throw pillow rather than the toddler-specific pillow we bought especially for him. Luckily, this robot pillow does tick off all of the expert-approved boxes—it’s small, thin and reasonably firm—and our son sleeps well with it, so maybe we should just let sleeping toddlers lie.

The post When is it safe to put a pillow in your toddler’s crib or bed? appeared first on Today’s Parent.

World’s most complex microparticle: A synthetic that outdoes nature’s intricacy

You Can Now Use Google Stadia for Free

What’s new on Disney+ Canada for kids and...

What you need to know about ear tube...

7 things to do in Baltimore with...

School is about to start in Ontario...

How to give your kid a special...