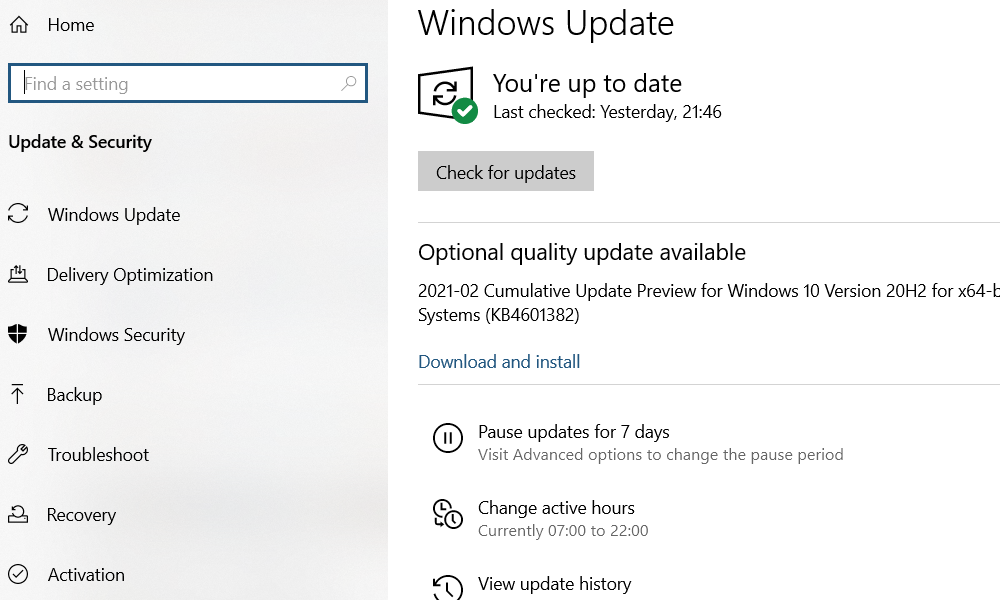 Considering installing a second operating system, and want to be aware of the risks? Having Windows and Linux installed on your PC gives you the best of both worlds. But it isn’t always smooth sailing. Dual booting can lead to problems, some of which are difficult to foresee.

Is dual booting safe? Does it affect performance? Here are 10 risks of dual booting that you should be aware of before installing a second operating system.

Let’s get this out of the way first: dual booting, if done right, is safe. Your computer won’t self-destruct, the CPU won’t melt, and the DVD drive won’t start flinging discs across the room.

However, it does have one key shortcoming: your disk space will be markedly reduced.

For example, if you are running Windows 10, it uses around 11GB of SSD or HDD space on a 64-bit system. In addition to this is the space used for installing software, and the swap file and page file.

If you plan to use both Windows and Linux partitions regularly, you could end up using as much storage space on each. Consequently, you will hit your computer’s physical storage limit pretty quickly.

If this isn’t the most important, it’s certainly the risk that can scupper you before you even get started. After all, overwriting your existing data—or even the primary operating system—is going to lead to problems. Sure, you can use recovery tools, but the chances of recovering all your data are minimal.

Fortunately, most operating system installation wizards can detect primary partitions. This means that if you’re installing Windows alongside a Linux distribution, the wizard should highlight the existing partition. You’ll get a choice of what to do next. Linux operating systems, meanwhile, are similarly smart.

But accidents do happen, so take care when installing. Make sure you install the new operating system onto the correct drive and partition, without accidentally losing your data.

Running multiple operating systems on your PC is a great way to maximize productivity. But sometimes it can be counterproductive. If you want to dual boot Windows 10 and Ubuntu, it’s convenient to easily switch into that OS.

But do you really need to? Making sure you have equivalent applications in Linux if you have switched from Windows is important. Similarly, you should ensure suitable options are available if switching the other way. Dual booting should really be for experiencing—and enjoying—the whole alternative operating system environment.

Then again, you might not even need to switch. Running Windows in a virtual machine on Linux is a great solution.

Related: Install Linux in a Virtual Machine on Windows

Ultimately, it’s important to make sure you’re using the best operating system for the task at hand.

Perhaps one of the biggest pitfalls of dual booting is being unable to access your data. Most of the time, this shouldn’t be a problem. If you have organized things effectively, your vital personal files will be available via whatever operating systems you’re using.

This is possible using cloud storage, for example, or using a HDD partition specifically for personal files.

However, problems can occur. If you’re using Windows and the system shuts down unexpectedly, any dedicated partition used for personal files will be locked. This means that trying to access the drive from your Linux partition will fail. You’ll see a message like this:

This is perhaps the most frustrating risk of dual booting.

Fortunately, it can be fixed, but it might take a few minutes (depending on how quickly your Windows installation boots). You have two options:

With both fixes, the files should be available with full access again.

Linux-based operating systems are robust, they remain largely untroubled by viruses and other malware. While there are some exceptions, this is largely thanks to the relatively small userbase. The many Linux operating systems collectively command only a fraction of the operating system market.

Clearly, scammers target Windows computers because it’s more efficient for them to get results. However, many websites are attacked or even taken offline due to viruses and malware, and most web servers run on Linux.

As such, it is wise to maintain an internet security suite when running Windows. In your Linux operating system, running a malware scanner like ClamAV daily should also put your mind at rest. Don’t just focus on the operating system when scanning for viruses; scan your personal data files too.

6. Driver Bugs Can Be Exposed When Dual Booting

A key danger of dual booting is seemingly random hardware issues occur. These are typically linked to Windows device drivers, however, and are becoming increasingly rare.

Perhaps the most common hardware issue when dual booting comes in the shape of built-in wireless network cards. These switchable devices can end up being disabled in Windows, and therefore unable to initialize in Linux.

In some ways, a disabled Wi-Fi card recalls the issues with a locked partition discussed above.

The solution is to research support for the wireless card (or other device) before installing your operating systems. You should also ensure the drivers are up to date on both operating systems. Also, take a moment to check the status of the device in your PC’s UEFI/BIOS.

Related: What Is UEFI?

In most cases there shouldn’t be too much impact on your hardware from dual booting. One issue you should be aware of, however, is the impact on swap space. Both Linux and Windows use chunks of the hard disk drive to improve performance while the computer is running. However, by installing additional operating systems on the drive, you reduce the amount of space available for this.

The solution here is obvious: don’t install additional operating systems if there is not enough disk space left over. If you’re desperate to dual boot on your PC, then you can simply buy a new HDD or SSD. Once installed, you’ll have the space to more operating systems.

When dual booting Windows and Linux, Windows is usually the primary OS. Whatever your dual boot scenario, the primary partition gets the better deal.

Being first on the disk means that the OS is overall faster, from boot speed to disk performance. This means that Windows will boot faster; applications will load faster; page file and swap file will be more efficient. Meanwhile, the secondary OS will be slower to boot, the software will load slower, and so on.

Essentially, dual booting will slow down your computer or laptop.

While a Linux OS may use the hardware more efficiently overall, as the secondary OS it is at a disadvantage.

Updating your OS is one of the most important steps you can take to ensure a robust and secure computer. Unfortunately, it can lead to problems in dual booting scenarios.

Whereas a system update from your Linux distribution of choice should result in few issues, Windows Update can prove devastating.

Running Windows Update can lead to the Master Boot Record (MBR) being rewritten, leaving you with a missing Linux partition. Failed updates, or even simple driver updates, can also cause problems with a dual boot PC.

In this situation, it’s time to resort to the tried and tested Windows 10 recovery tools. Although time consuming, if you really need to run Windows, this is the way get it working again.

For the best dual booting experience, ensure that your computer’s boot order defaults to Windows, rather than your Linux OS.

More of a shortcoming of dual booting than a risk, using the same software on two different operating systems is a waste of space.

While your storage space may be able to handle what is essentially a duplicate installation, in practice it really makes no sense. Cloud sync software aside, there is no real need to run the same software on two operating systems on the same computer.

If you’re at that stage, it’s time to decide which OS you want to use full time.

Dual Booting Windows 10 and Linux Is Safe, With Precautions

It’s extremely unlikely that you would be impacted by ALL these dual booting risks. However, at least one, perhaps two, are likely to occur at some point. But nothing here should put you off dual booting. Ensuring your system is set up correctly is important and can help to mitigate or even avoid these issues. Backing up data on both partitions is wise, but this should be a precaution you take anyway.

If you would still like to go back to a Windows-only setup, you can safely uninstall the Linux distro from a Windows dual-boot PC.

Offensive Dr. Seuss Books Are Being Removed From...

4 Android Apps to Paint and Plan Your...

How to Back Up Your iPhone to a...

TikTok Doesn’t Know the Status of Its...

Clean Up Bad iPhone Photos With These...

TerraMaster TD2 Thunderbolt3 Plus Review: 7-in-1 Dock with RAID That Does...