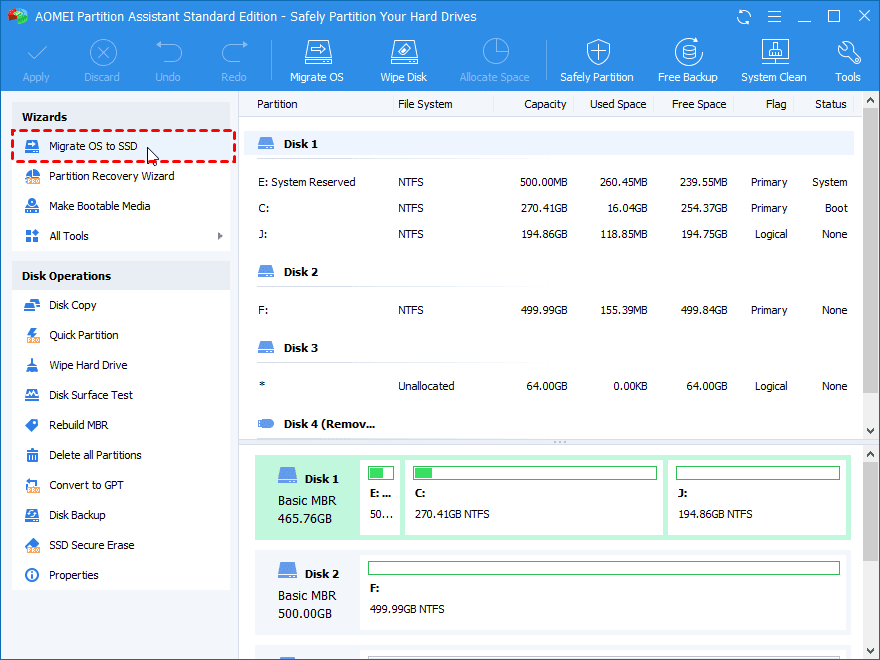 How to Organize Windows Files Using Both an SSD and HDD 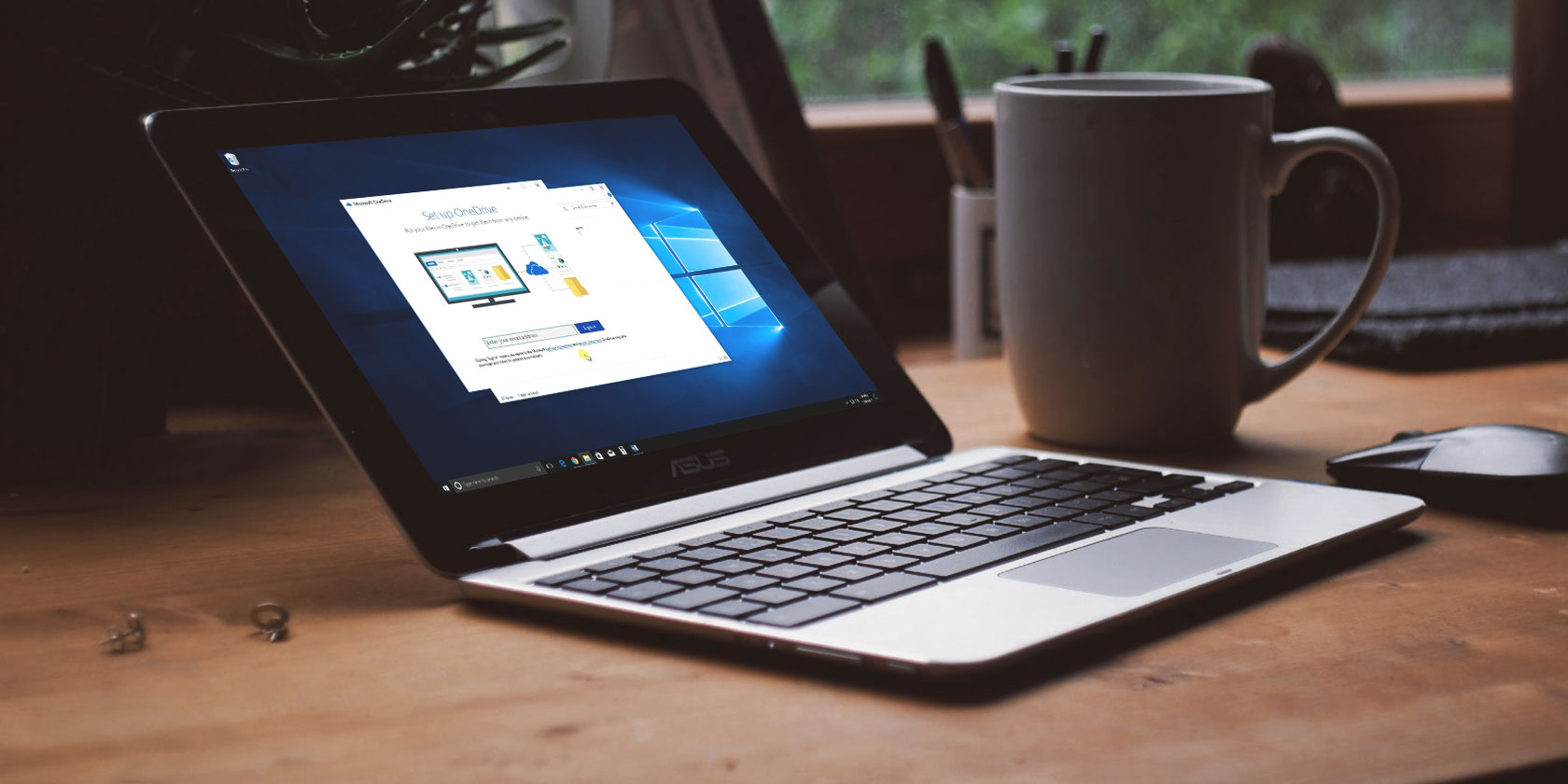 You probably know that a solid-state drive (SSD) is a huge upgrade for your computer because it runs much faster than a mechanical hard disk drive (HDD). However, since SSDs are more expensive, you might not be able to afford a large enough SSD to store all your data on.

Basics on Using an SSD and HDD Together

Just in case you’re not familiar, it helps to know the differences between an SSD and HDD. Essentially, because SSDs have no moving parts and use flash memory, they can read and write data much faster than an HDD can with its spinning platters and reading head.

This results in everything loading faster, including your operating system, app launches, file transfers, game loading times, and similar. Thus, in a perfect world, you would have all your data on an SSD to keep everything running smoothly.

However, SSDs are much more expensive than a comparable HDD. At the time of writing, you can buy a decent 1TB SSD for around $100, while that same amount would get you a 4TB HDD.

If you build a desktop, you can choose what drives to put inside it, making cost the only issue. But some prebuilt desktops and laptops come with a small SSD and larger HDD. Let’s look at how to prioritize what data goes where.

Use Your SSD as a Boot Drive

The most important item to keep on your SSD is the Windows operating system itself. Having your OS on the SSD will speed up all Windows elements, including booting up, shutting down, and launching programs.

This will make the biggest speed difference, which is why you’ll sometimes hear “boot drive” used to describe a small SSD primarily used for Windows. As of version 1903 (the May 2019 update), Windows 10 requires at least 32GB of space to run.

However, there are a few ways to shrink your Windows install size further. One of these is disabling hibernation if you don’t need it, which will save a few gigabytes.

While 32GB isn’t a whole lot, you also need to leave some additional space to have room for updates. Windows won’t run well if your drive has barely any space free.

Finally, when Windows is on your SSD, your user profile will be as well. This won’t take up a lot of space to start, unless you start adding a lot of photos, videos, and similar (which we discuss below)

Decide Which Apps to Install

After installing the Windows OS, you’ll (hopefully) have some space left over for apps. But with limited space, which ones should you install on the SSD?

If you use any heavy-duty software like video editors or IDEs for programming, those will run much better on an SSD too. However, those take up a lot more space, so you might not have room for them. Prioritize apps you use the most often that are small.

Another category of apps that get a huge benefit from an SSD is video games. SSD speeds drastically reduce load times, so you may want to install the games you always play to that drive. But since many modern games take up dozens of gigabytes, you may only have room for one or two.

Where to Put Files

When you install most apps, they put some necessary files in the Program Files folder, which you can’t move. But many additional files don’t need to live on your SSD.

For instance, while you might have VLC installed on your SSD, you don’t need to keep movies and videos there. They’ll still load in an acceptable time from an HDD, and once they’re open, an SSD won’t provide much additional benefit.

Pictures, documents, and downloads are all other types of content you can keep off the SSD. Unless you open something all the time, the slightly faster file load time isn’t worth the used space.

You should change your default download folder in your browser to avoid saving downloaded files to your SSD all the time. In Chrome, click the three-dot menu and choose Settings. Scroll down to the bottom and expand the Advanced section, then find Downloads.

Here, either click the Change button to pick a new folder for downloads or enable Ask where to save each file before downloading if you want to pick every time.

When you’re using a single drive, you probably don’t think much about where you install new programs or put files. But with two drives, you must be more intentional about where you put everything. We’ve talked about general ideas above, but what does this look like in practice?

Open File Explorer and navigate to This PC to see all your drives. Assuming you installed Windows on the SSD, the regular Windows folders will already be in place there. But you’re free to do whatever you’d like with the secondary drive.

Try creating folders for each type of content you put on the drive. For example, you might create both a Program Files and Games folder at the root of your HDD. Then when you install a program that you want to keep off your SSD, just select that location during the install process.

If you have many files split across drives, the Windows Library feature can come in handy. This allows you to specify certain locations that contain similar types of files and view them all in one place.

Libraries are hidden by default in Windows 10. To show them, open File Explorer and go to View > Navigation pane > Show Libraries. You’ll then see Libraries in the left panel, which contains default collections for file types like Documents and Pictures. To edit a Library, right-click it here and choose Properties. In the Library locations box, click Add and pick a folder you want to include in it. Repeat for as many folders as you want to add to that library. It’s also useful to click a folder and choose Set save location to set it as the default place when you save to that Library. Using this, you can see all the files scattered across your two drives in one view. That way, you don’t have to remember where you put a specific file.

Keep in mind that you should only do this with user data like pictures and videos. Cutting and pasting program data to a new drive usually doesn’t work (unless it’s a portable app), so you’re better off uninstalling and reinstalling to the new location.

That’s really all it takes—whenever you install a new program or download a large file, think about whether you want it to load quickly and if it’s worth using your limited SSD space. That will help you decide where to put it.

Managing Your Space Over Time

Depending on how much free space your SSD has, you’ll need to check in on your free space occasionally. Several factors can use up space on your SSD without you noticing, including the following:

Using tools to free up space in Windows, such as the Disk Cleanup tool, will help you manage these leftover bits. Also take a look at TreeSize Free, which shows you the folders taking up the most space on your drive. Uninstalling apps you no longer use will help free up space too. The Perfect SSD and HDD Combo

While SSDs are superior to HDDs in most regards, we’ve seen how to use them both in harmony. Hopefully, you can upgrade to a larger SSD before long. But until then, you know how to manage your files between drives.

If you’re moving everything to a new drive, see how to use Clonezilla to clone your drive. You might also consider partitioning your hard drive.

Read the full article: How to Organize Windows Files Using Both an SSD and HDD

It’s Getting Much Harder to Uninstall Microsoft Edge

7 LinkedIn Mistakes That May Harm Your Job...

5 Ways to Check Who Is Tracking...

The 5 Best Free Media Players for...

How to Block Someone on LinkedIn