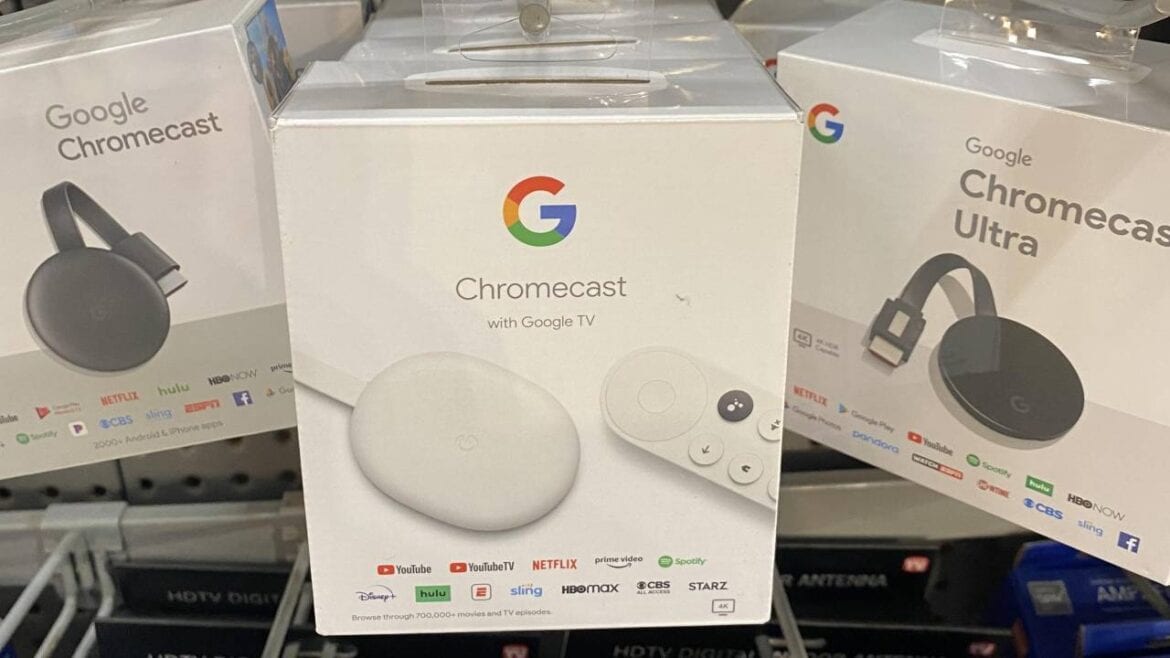 You Can Already Buy Google’s Unannounced Chromecast at Some Stores

Easily one of the worst kept secrets from Google’s upcoming event is the new Android TV-powered (Google TV, as it’s called now) Chromecast. First, a Reddit user managed to get their hands on one early, and they detailed every aspect of the device.

Other people, including writers from The Verge, have managed to hit major retailers like Home Depot and Walmart to purchase the device successfully.

Sure, Google hasn’t actually announced it yet, but that doesn’t mean you can’t run out and buy one right now.

When it comes to stores breaking street dates like this, your mileage may vary as not all stores have them. For example, The Verge reported going to two different Home Depot locations and only finding the device on sale at one of them.

Interestingly, because the device hasn’t been officially announced, it showed up on a Home Depot receipt as “SABRINA-ABBEY ROCK CANDY,” which confirms the Sabrina codename that has been circulating for some time.

Is there anything we don’t know or haven’t seen at this point? Dude picked it up at Home Depot for $50. https://t.co/YiPh6RL42d pic.twitter.com/t2mr4o15iF

As for the price, the new Google TV-powered Chromecast is selling for $50 at the retailers who are stocking them early. That lines up with the price reported on Reddit a few days ago, so we’d expect that to be the final cost when Google announces the Chromecast on September 30.

If you’re interested in trying to get a new Chromecast for yourself, check with your local Home Depot and Walmart, as you might just get lucky. You will have to go to the store, though, as we haven’t seen anyone finding success snagging one online.

Everything We Know About the New Chromecast

At this point, there isn’t much left for Google to announce at its big event on September 30 in regards to the Chromecast. All of the details have leaked, including support for 4K, HDR, an actual interface, and just about everything else. All signs point to this being a really fantastic device for media streaming.

The Chromecast is coming (or already here, if you’re lucky), and we can’t wait to snag one.

How to Make an Easy Fruit Compote

What Are the Best Replacements for the...