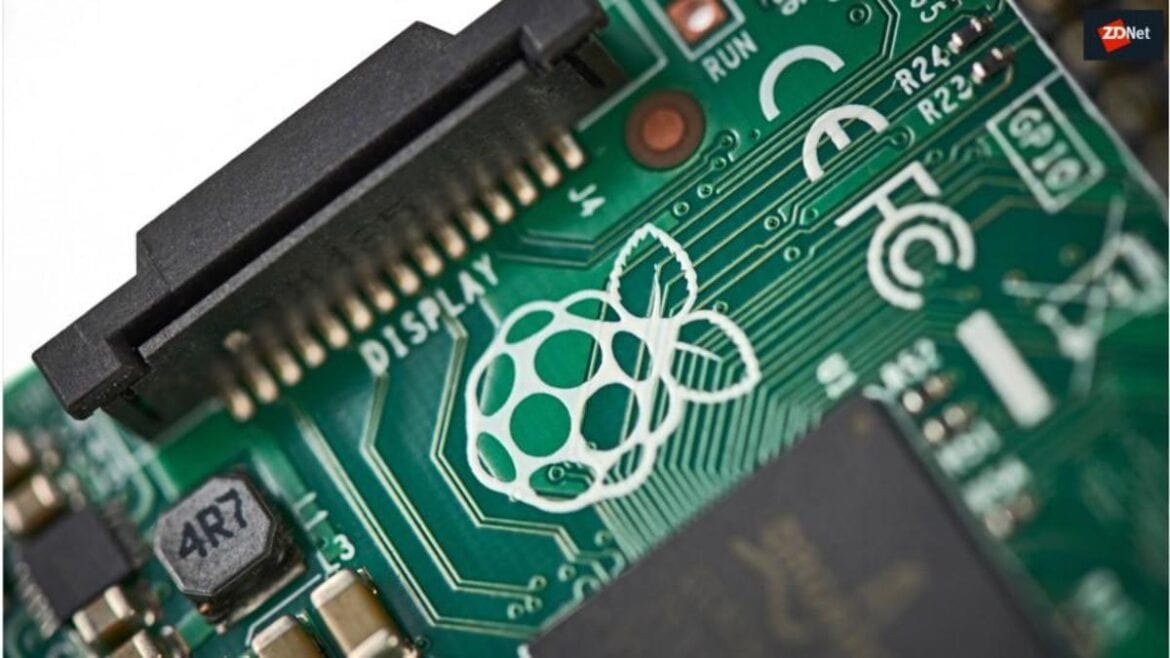 The BBC Micro:Bit Mini Computer Just Got an Upgrade | MakeUseOf

The Micro:bit Educational Foundation has announced a new version of the popular BBC micro:bit. Much like the previous version, the micro:bit v2 is a user-friendly development board that uses games and fun-themed lessons to teach children the basics of coding and electronics.

What’s Different About the Micro:Bit V2?

As detailed on Microbit.org, the most significant upgrade is the Nordic nRF52833 System on Chip (SoC), based on an Arm Cortex-M4 microcontroller running at 64 MHz, with 128 KB RAM, 512 KB flash storage, and on-chip Bluetooth 5.1 Low Energy connectivity.

From one side, the new micro:bit looks identical to the older versions, with the same 5×5 LED matrix, two programmable buttons, and 25 pin edge connector. A new addition is a capacitive touch sensor in the logo, which was previously just decorative.

The other side has a few new features worth getting excited about.

Alongside the microUSB port, battery connector, and combination accelerometer/magnetometer chip, you’ll find an onboard microphone and speaker. Connecting to external peripherals and sensors has also received a significant upgrade too, with a dedicated I2C bus and a new power regulator supplying up to 200mA.

As part of the 2016 Make It Digital project, the BBC provided UK schools with one million micro:bit boards. Designed to be simple to use, and backed up by easy-to-follow educational materials, the aim was to get young minds interested in coding and physical computing.

Part of the original micro:bit’s success was the MakeCode browser-based programming environment provided by Microsoft. It features simple tutorials in block code, Python, and JavaScript to teach coding fundamentals in a fun, easy-to-grasp way.

Clearly designed to be accessible to all, MakeCode features an emulated micro:bit in the browser, making the lessons accessible to those who haven’t got their hands on a physical board.

Alongside the browser, the board supports coding in MicroPython and C++ for more advanced users, and the new nRF52833 processor has onboard NFC capabilities, configurable using the nRF5 Software Developers Kit.

The new edition of micro:bit also uses MakeCode, and the new board will be backwards-compatible with all existing resources. This also means that any current micro:bit beginner projects will still work without issue.

New lesson plans are in the pipeline too, with projects featuring artificial intelligence and machine learning planned for 2021.

The new micro:bit will be available from November 1st from official resellers, and will cost $15. Which makes it an affordable purchase for kids and adults alike.

How to Add Python to the Windows PATH variable | MakeUseOf

Trees and lawns beat the heat

Is the PlayStation Camera for PS4 Worth...