Home Parenting Sometimes it’s him, not you 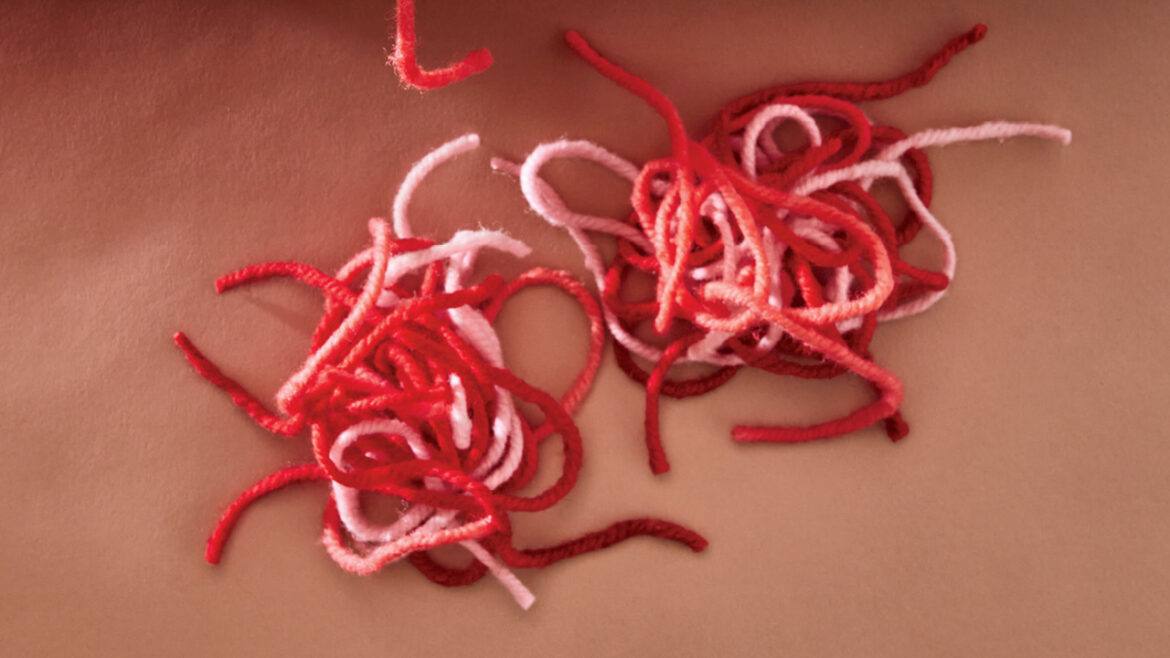 Jonathan Waldman, then 29, and his wife, then 26, had been trying to conceive a baby for nine months before they finally got pregnant. Sadly, that pregnancy ended in a miscarriage. A few weeks later, the Winnipeg couple decided to visit a fertility clinic, where the doctor ordered a semen analysis for Waldman.

The verdict: Waldman’s sperm had motility issues, which means they weren’t moving or swimming efficiently. (Motility is more than just the speed of the sperm—it has to do with how the sperm move, which can be a straight line, small circles, or in a zigzag.)

“Thankfully, the motility wasn’t disastrously low and there weren’t any issues with morphology—the size and shape of the sperm—or my sperm counts,” says Waldman, whose book, Swimming Aimlessly: One Man’s Journey through Infertility and What We Can All Learn from It, comes out in March.

Still, the doctor said there were some things Waldman could try. He started exercising more, ate healthier, and under the advice of his wife’s acupuncturist, he snacked on goji berries, which contain antioxidants used in traditional Chinese medicine to improve fertility. On a follow-up test three months later, his sperm motility had improved.

One in six couples in Canada is infertile—defined as being unable to conceive a baby naturally after a year of trying—and difficulties with the male’s ability to produce healthy sperm, or the sperm’s inability to get where it needs to go, play a role somewhere between 30 and 50 percent of the time. Even so, women often bear the brunt of the solution. That’s because in vitro fertilization (IVF), the process of joining a sperm and an egg outside of the body and then implanting it in the uterus, has a high success rate and can be accomplished even when there are issues with the sperm.

While there are some ways to improve a man’s fertility, experts say more research is needed. Meanwhile, men who experience infertility say they are lacking resources and a support network.

The causes of male infertility

When the male partner contributes to infertility, Keith Jarvi, a urologist and male infertility expert at Mount Sinai hospital in Toronto, says there’s either “something that affects sperm production or something that blocks the sperm from coming out.”

In some cases, this is because of a condition called varicoceles (pronounced VAR-uh-ko-seels), which are swollen veins in the scrotum. “These dilated veins expose the testicles to a lot of heat and they can impair the sperm count, the concentration of the sperm, the movement of the sperm and the quality of the sperm,” explains Premal Patel, a urologist with a focus on male fertility, based in Winnipeg. Other times it’s lifestyle: Alcohol consumption, cannabis use, being a smoker and being overweight can all decrease sperm production and impact sperm health. Congenital conditions or previous infections, like sexually transmitted infections or mumps, can also lead to infertility because inflammation in the testicles can cause blockages and damage.

Low testosterone can negatively affect fertility, but don’t take a testosterone supplement to improve it—that will shut off the body’s mechanism for producing sperm.

Being older can also make it harder for you to conceive, but the drop in fertility isn’t as quick and sudden in men as it is in women. That said, it’s both partners’ fertility combined that determines the final outcome.

“Let’s say there are some issues with the sperm, such that it’s not impossible to get pregnant, but it’s not optimal,” explains Jason Hitkari, a reproductive endocrinologist, founder of Olive Fertility Centre in Vancouver, and president of the Canadian Fertility and Andrology Society. “Then you add in an older female partner, and that’s going to lower their chances.”

For Vince Londini, a 49-year-old dad in London, Ont., the problem wasn’t his sperm’s health or a blockage—it was that he had no sperm in his semen at all. “It was stunning,” says Londini, recalling the moment he found out, at only age 29. “My whole conception of being a father, being a husband to my wife—all this stuff just blew up in my face. There was nothing to work with.”

Generally, if you’ve been trying to get pregnant for 12 months without success, a doctor will recommend a semen analysis as a first step in determining what the issue might be. (If a woman is older, testing is often started sooner.) “The investigation for the woman is often a lot harder to do because it’s things like having to look at their [fallopian] tubes and it’s more invasive,” explains Jarvi. (Fallopian tubes are assessed with a hysterosalpingogram, where dye is fed through a tube that runs from the vagina to the uterus. X-rays are taken as the dye flows into the fallopian tubes to see if there’s an obstruction.) The semen analysis can be ordered by a family doctor or completed at a fertility clinic, and it’s exactly like those sample-in-a-cup scenes you’ve seen in the movies or on TV. You may be sent for a follow-up with a urologist.

When a couple arrives at Patel’s office, he typically starts by asking about the fertility history. “How long have they been trying for? Have they had miscarriages?” From there, he orders blood work, will redo the semen analysis (if one was already done) and does a physical examination—before moving on to hormone and genetic testing, potentially followed by a biopsy, where a small sample of the testicle is removed to see if there’s any sperm. “All this is to see if there’s any potential correctable issue where I could increase the chances of the couple getting pregnant,” he explains.

If varicoceles is the issue, he explains, a urologist can perform surgery where “we actually tie off those abnormal veins, which improves the sperm count and the blood flow of the testicle.”

Lifestyle changes—like the ones Waldman made—can also improve sperm count and health. “If you can follow Canada’s food guide, control your weight, avoid smoking and excess amounts of alcohol, you can actually have a really significant impact on the quality of the sperm,” says Jarvi.

Hormone treatment, which Jarvi reserves for when other options haven’t been successful, works by tricking the brain into producing more sperm. While hormones can be quite effective, other methods, like lifestyle changes or varicoceles surgery, are more long-lasting. 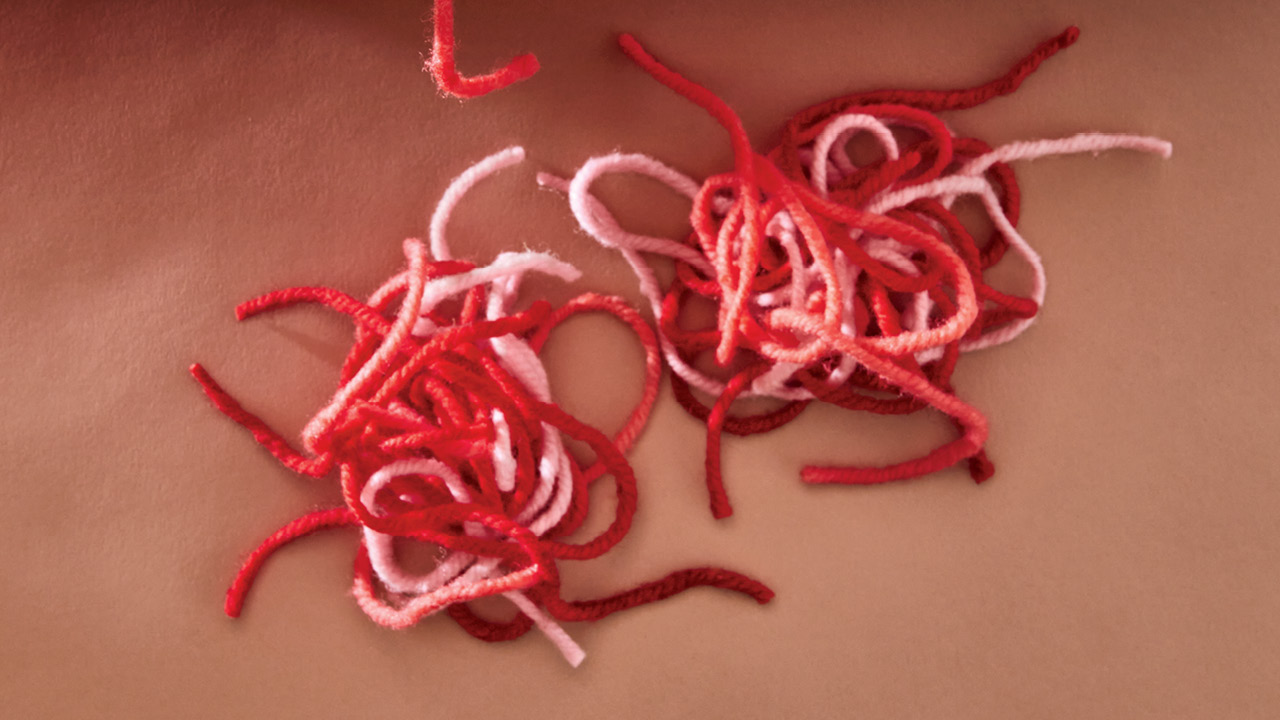 DID YOU KNOW? Testicles have microscopic tubes running throughout them that look a bit like a bowl of spaghetti. Photo: Carmen Cheung. Set design: Caitlin Doherty

If improving the sperm itself isn’t enough to get pregnant or if there are other factors affecting the ability to conceive, then you may need to undergo a procedure like intrauterine insemination (IUI) or IVF.  With IUI, “we take a sperm sample, clean it and process it and isolate the best sperm and then place that sperm up into the partner’s uterus,” says Hitkari.

In Waldman’s case, even though he was able to improve his sperm health, it turned out that his wife, who is now 38, had an autoimmune disorder that was primarily hindering their ability to conceive. After trying fertility drugs and an IUI at the fertility clinic in Winnipeg, they felt like they weren’t getting a lot of support or advice about what to do next, so they ended up travelling to Victoria and paying for a round of IVF there, which resulted in a healthy pregnancy.

Even in cases where there is ostensibly no sperm at all, Jarvi says it’s possible to retrieve some—albeit with a lengthy operation under general anaesthetic. “The inside of the testicle looks like a bowl of microscopic spaghetti—there are little tubes running throughout. We use a high-powered microscope to identify tubes that look bigger and thicker and are more likely to have sperm in them. And we take those out,” he explains.

Which procedure doctors use depends on a lot of factors—including how you and your partner are coping with the emotional toll of infertility. “We spend a lot of time with couples, talking about the options,” says Jarvi. If you’ve already been trying for a while, you may opt to go straight to IVF rather than attempting to improve sperm counts or rather than trying intrauterine insemination (which requires fairly healthy sperm). “It’s completely personalized, based on factors that are non-medical, frankly,” says Jarvi.

Using a sperm donor, or choosing adoption, are other ways to start a family, of course. After rounds of tests and consults and taking a few years to consider their options, Londini and his wife chose to use a sperm donor and now have three kids, ages 15, almost 14 and 10.

Despite how common male infertility is, both Waldman and Londini say it’s difficult to find emotional support for men. “When you look at conversations online or in support groups, the focus is on women,” says Waldman. When he was going through their infertility journey, he tried to set up events and discussions with other guys but found there was an unwillingness of men to open up. He hopes his book will fuel the conversation even more.

Londini now leads Donor Conception Canada, a non-profit organization that runs support groups for people who use sperm, egg and embryo donors. “I can talk about sperm all day now,” he says. “But when I first found out, I was really embarrassed. There was all this language that we were now using. And, like, do you tell your mom about your sperm? All this stuff is intertwined with your sexuality as well.”

Jarvi agrees more can be done to support men and to understand male infertility. “We can tell people you’re likely going to get better if you make some lifestyle changes,” he says. “But how much better? How long is it going to take? How much of an impact can I expect? I can’t answer those questions right now.” There isn’t enough research to reassure patients who want specifics.

Because of this, many people are likely to choose IVF, as it can feel like a clearer, more direct path to pregnancy that leaves less to chance. But with IVF, the burden of the treatment definitely falls on the woman (or the person with the uterus).

“She could have a completely normal history and everything’s completely normal,” says Hitkari, “but if they have to embark on an IVF cycle because the sperm is not ideal, then she has to do the injections; she has to come to the ultrasounds; she has to do the egg retrieval part.” This process involves stimulating ovulation, which requires taking lots of hormones that can cause side effects, and it can take many weeks or months to complete.

IVF can also be incredibly costly. “We really do need to continue to do more research on male fertility,” says Hitkari, “so that we can help couples avoid IVF.”

The post Sometimes it’s him, not you appeared first on Today’s Parent.

These Canadian TikTok accounts are the break all...

10 memes that sum up how parents feel...

My screen time guilt was through the roof—so...

Having a hard time finding a midwife?...

Finally! Here’s how to start forming your...

Everything you need to know about non-medical...